When Steve and Lillian Warren’s red eye flight on JetBlue from Phoenix to Newark, New Jersey, was canceled five hours before departure, he immediately called the airline to try to rebook on another flight.

When informed that his wait time was two hours, his wife, Lillian got on her phone to use the airline’s chat feature to rebook, but her time was also two hours. She finally found an alternative on American Airlines, but the agent she spoke with wasn’t trained to make the transfer, so Lillian waited another 30 minutes for another agent who said they didn’t qualify for the new flight.

“The only way they could get us out the next day was to put us on two separate flights where I would layover in Boston and my wife would take a direct flight to Newark, landing about the same time,” Steve Warren said. “We decided to book that, and then get to the airport early to try to talk to a gate agent about other options and straighten it out.”

Unfortunately, there were no agents anywhere to be seen, said Warren, who arrived 8 hours prior to departure.

“Meanwhile, my wife’s flight to Newark got canceled and mine was delayed enough to miss my connection so now my wife was scheduled to be stuck in Phoenix for two more days while I was going to be stuck in Boston for two days.”

Frustrated, the Warrens rented a car and drove six hours to Los Angeles, where they would fly from LAX to JFK.

“We were delayed again, and ended up landing in the middle of the night – at 2 am,” Steve Warren said. “But I’m pretty sure that if we didn’t take this flight we would each still be living at separate airports.” 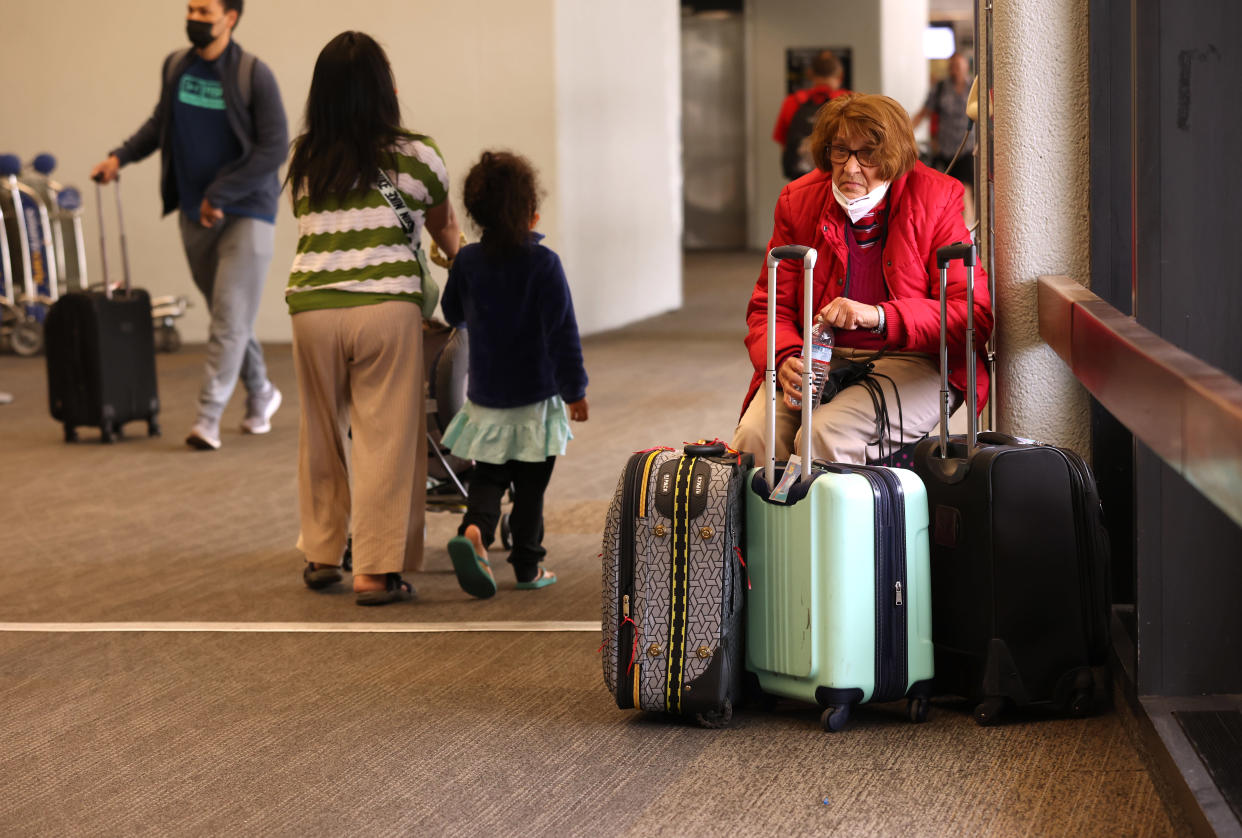 Welcome to the odyssey that is air travel these days. Flight demand is back up, and so with it, are travel frustrations.

At the end of April, global leisure flight bookings exceeded 2019 levels by 25%, while global business flight bookings surpassed pre-pandemic levels for the first time in March, according to new research from the Mastercard Economics Institute.

At the same time, overall passenger satisfaction is down more than 20 points from a year ago, according to the J.D. Power 2022 North America Airline Satisfaction Study, with satisfaction with cost, flight crews, and aircraft all declining in this year’s study.

“The airlines have been short-staffed in every position, from reservation agents to pilots,” said John DiScala, founder of JohnnyJet, a money-saving website for travel. “And travelers are paying the price.”

Quite literally. The average airfare jumped 20% through March 2022, as higher fuel prices and more demand drove up costs, per J.D. Power’s survey.

The percentage of on-time arrivals between January and March also fell to 76.35% this year, versus 86.20% during the same period last year, according to the U.S. Department of Transportation. Passenger complaints in March jumped 135% from the same month ini 2021, with gripes about cancellations, delays, or missed connections skyrocketing 600%.

“I’ve never seen it this bad,” said Lousson Smith, product operations specialist at Scott’s Cheap Flights, a website that helps travelers find the best airfares. “In terms of delays and cancellations, these are unprecedented times.”

Now that the mask mandates have been lifted and airlines have started cutting back on flights to insulate operations and prevent cascading cancellations, will things get better? 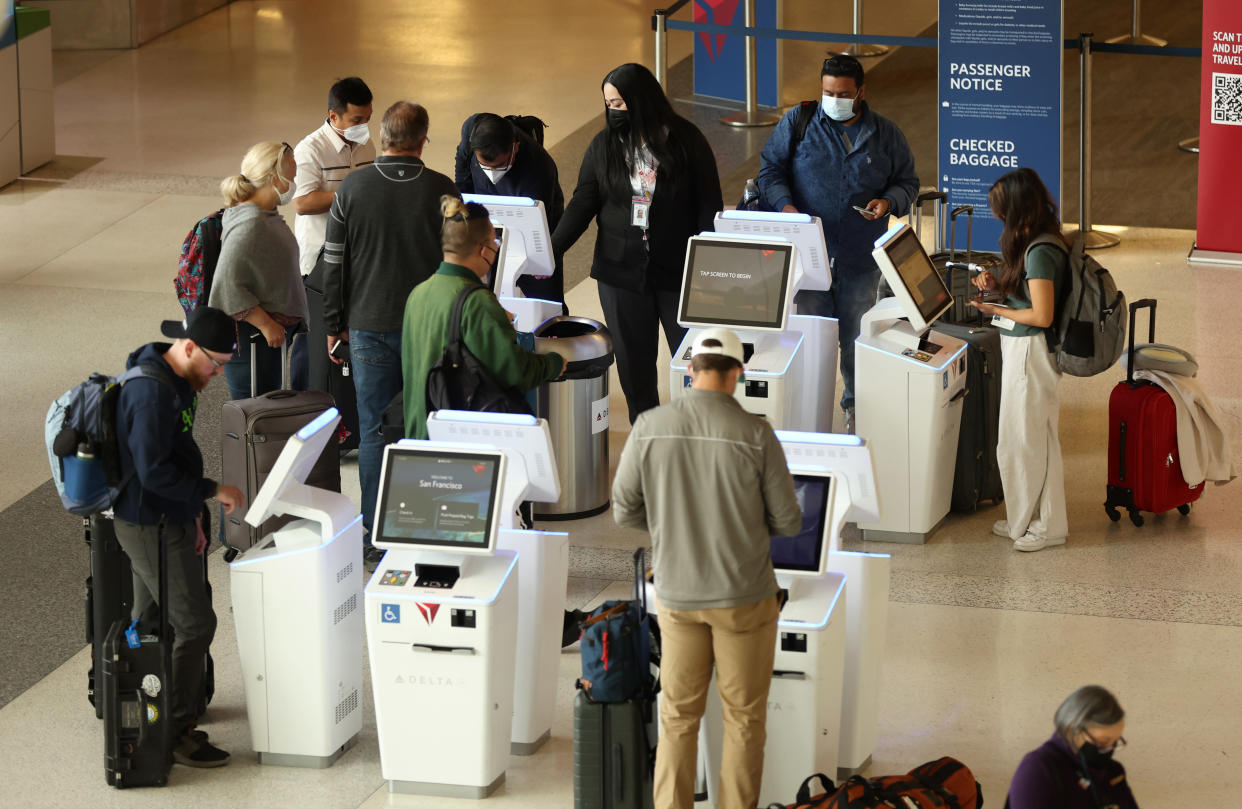 “[While] the airlines are doing their best to mitigate issues, this is going to take some time,” Smith said. “Meantime, demand for travel has rebounded much more quickly than expected and demand for travel this summer is higher than it was before the pandemic.”

“It’s going to be a summer of chaos,” DiScala added.

Passengers like 59-year old Tanya Taylor of Oak Park, Ill, are not deterred.

“I’ve had three horrendous flight problems occur within the past 30 days, and I now know that a flight that goes smoothly is a rarity, but despite the inconvenience and emotional stress that comes with the territory, nothing is going to stop me from traveling,” she said. “I just know now that I have to expect the unexpected, because there’s always something that leaves me trembling at the gate.”

Personal Finance Journalist Vera Gibbons is a former staff writer for SmartMoney magazine and a former correspondent for Kiplinger’s Personal Finance. Vera, who spent over a decade as an on air Financial Analyst for MSNBC, currently serves as co-host of the weekly nonpolitical news podcast she founded, NoPo. She lives in Palm Beach, Florida.

Get the latest personal finance news, tips and guides from Yahoo Money.