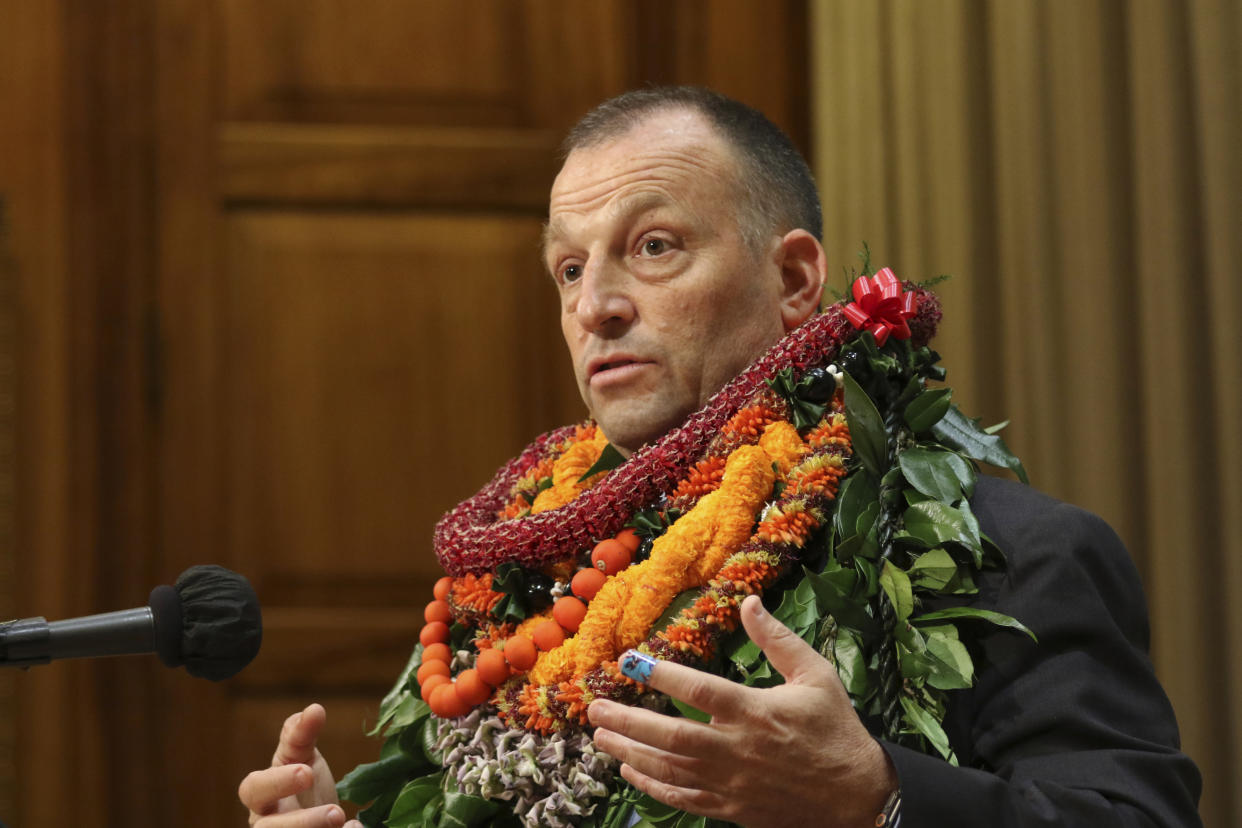 HONOLULU (AP) — Hawaii Gov. Josh Green on Monday proposed investing $1 billion in affordable housing and giving tax breaks to people of all income levels to lower the cost of living in the islands.

Green told lawmakers during his first State of the State address at a joint session of the state Legislature that tax breaks would get money into the pockets of working families so they can pay for food, medicine and housing. He said the tax breaks would also stimulate the economy because “every dollar” that goes to working families with limited assets and income would be spent immediately.

Green said every family of four could expect to get $2,000 in tax relief under his plan, while lower-income residents would get more.

“This plan makes sure every income bracket does a little better and directly lowers the cost of living for every single resident by keeping more money in our pockets for each taxpayer, especially those who are wrestling with survival,” Green said.

If we cut some of the costs on early education or adult daycare and we put some tax dollars back into people’s pockets, then they can stay in Hawaii.Hawaii Gov. Josh Green

Green estimates the plan will lower state revenue by $312.7 million a year.

The Democratic governor told reporters afterward that the issue he heard about most while campaigning for the state's highest office was how unaffordable Hawaii is. He said his plan would help stem the exodus of people leaving Hawaii for less expensive places to live.

“If we cut some of the costs on early education or adult daycare and we put some tax dollars back into people’s pockets, then they can stay in Hawaii,” Green told reporters.

The $1 billion for housing would include funds to boost financing for more affordable housing units through the Housing Finance and Development Corporation and provide state rental subsidies to low-income families. Some money would to go to renovating and upgrading public housing.

The governor paused mid-speech to sign an emergency proclamation making it easier for the state to build 12 small villages for homeless individuals — what he calls Kauhale Homes. Each village is expected to house between 100 and 150 people. One of the first will be in Kailua-Kona, at the Kukuiola Emergency Shelter and Assessment Center.

Green said he would likely need to take emergency action to streamline the development of more traditional housing as well.

“You’ll see us cutting red tape so we can provide housing as soon as possible,” Green said. 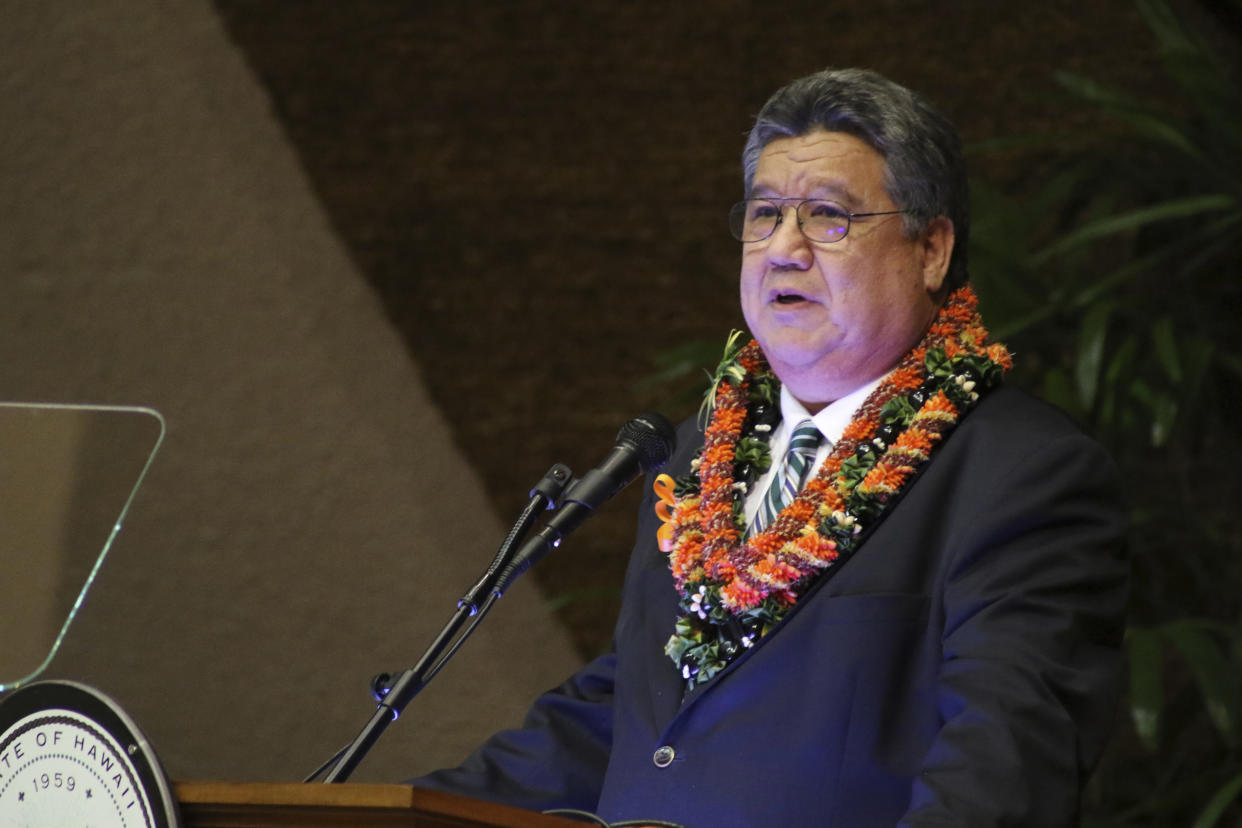 Senate President Ron Kouchi, a Democrat, said after the speech that Green’s housing proposals were doable. He said spending more this year will ensure that the state has more affordable housing in the pipeline.

As for tax breaks, he said something on the scale of what Green proposed would be necessary “to have an impact” given how inflation has affected residents. But ultimately he said what lawmakers do will depend on state tax revenue predictions submitted by the state Council on Revenues.

State law requires the governor and lawmakers to draft their budgets based on the council’s revenue forecasts. The predictions are expected to be updated in March.

The state began the year with a $1.9 billion surplus thanks to the tourism industry bouncing back strongly from the coronavirus pandemic.

Rep. Kyle Yamashita, the chairperson of the House Finance Committee, said lawmakers will have to study the details of Green’s proposals to determine what the state can afford.

“I think it’s a good idea to be bold, as the governor said. But I think the devil’s always in the details,” he said. “Because the House has priorities. I’m sure the Senate has. And we’ll see how that all pencils out.” 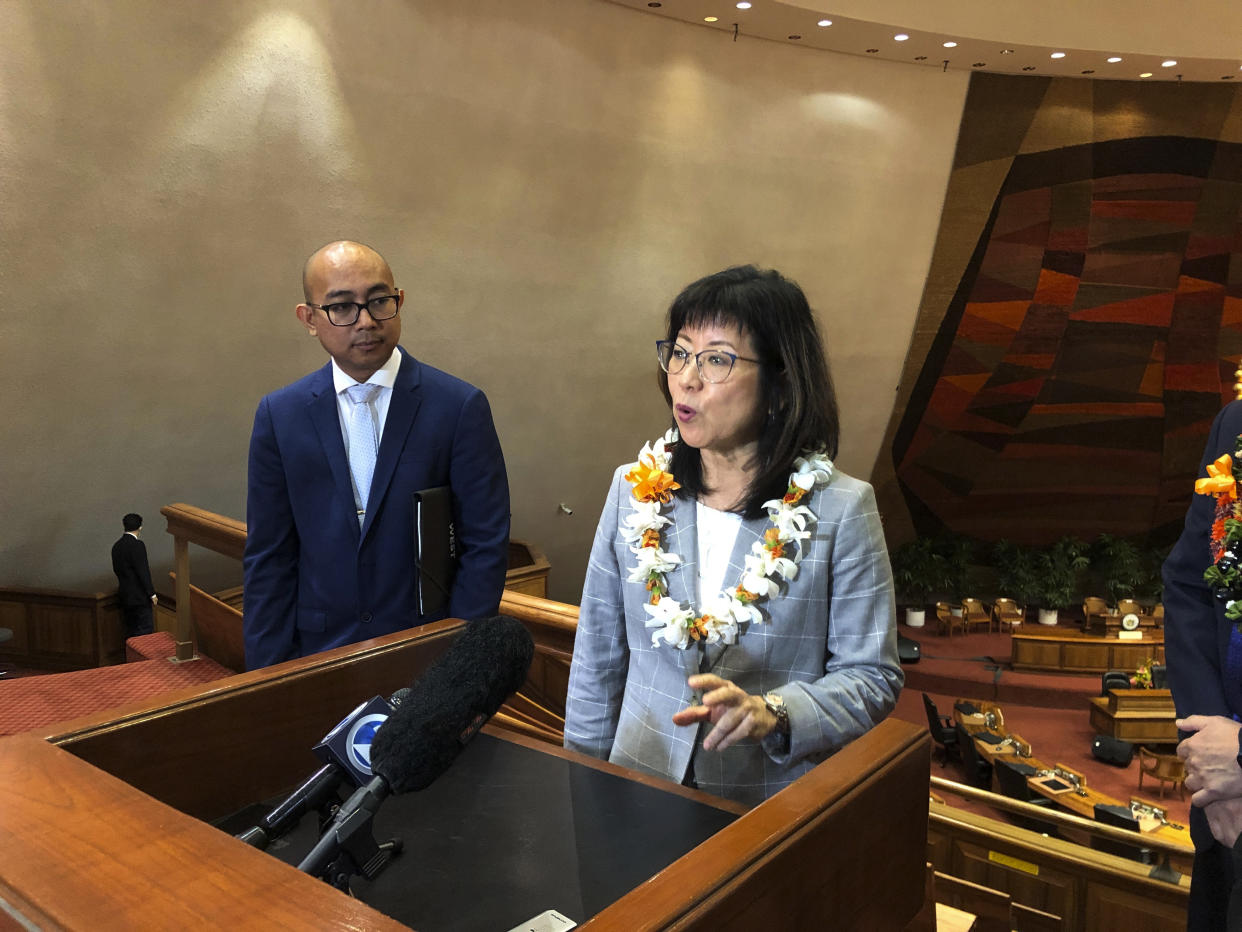 Both Kouchi and House Speaker Scott Saiki, a Democrat, said they preferred tax credits be targeted for those who need them, rather than people in all income brackets.

Saiki said he agreed it would be important to streamline regulations governing affordable housing construction. He said this could be done while allowing for public participation in the process.

Green said in his speech that he supported the ethics reform proposals from the House Commission to Improve Standards of Conduct, which the House created after two former lawmakers pleaded guilty to taking bribes while in office.

Green said he would sign any common-sense legislation with meaningful ethics reform.

Rep. Lauren Matsumoto, a Republican and House minority leader, said she was “cautiously optimistic” in response to Green's address.

“Many of the themes in today’s message are ones that we’ve been saying for decades here in Hawaii. Lower the cost of living, lower taxes and improve government transparency,” Matsumoto said.

She said one-time tax breaks are a start, but don't go far enough. She said the state needed permanent measures to give relief to families.