Home » World News » Friends who kiss on the lips? Platonic kissing is polarizing, but not as uncommon as you might think

You hug your friend. You kiss your friend on the cheek. You plop a big, wet kiss on your friend’s mouth.

Wait, what was that last one?

Kissing one’s friends isn’t as uncommon as you might think. Many members of the LGBTQ community recently stated as much on social media after a viral tweet suggested that gays and queers were “lacking solid boundaries” in their attempts “to normalize kissing your platonic friends.” The tweet has since been deleted.

As long as both parties agree and set parameters, experts say kissing or showing other displays of affection with friends is all right – and the decision remains up to the respective parties alone.

“Only the individuals involved have the right to say what boundaries are a part of their friendships,” says Israel Martinez, a licensed clinical social worker and sex therapist.

What is a platonic life partnership? These couples are breaking societal relationship norms

kissing your friends is common in a lot of cultures actually, not just among gays and queers https://t.co/H7Y336dRNa

Just because the practice of platonic kissing isn’t familiar to you doesn’t mean it’s not common elsewhere. “Platonic lip kissing is found in cultures around the world, between friends, family, and sometimes even strangers as a means of greeting,” says Allison Moon, author of “Girl Sex 101.”

Queer people may be more inclined to kiss their friends because they don’t always adhere to what society has randomly deemed “appropriate.”

Reid Mihalko, who grew up in a home where kissing family members on the mouth was common, adds, “For some of us, there might be more permission to be affectionate. And that range of affection can include, hand-holding, hugging, rubbing their shoulders and it doesn’t have to be creepy.”

LGBTQ people may also see physical touch as an opportunity to reclaim intimacy not afforded to them previously, according to Moon.

“To feel comfortable touching one another, especially in public, is an act of defiance against the prudery, homophobia and transphobia of our society,” Moon says. 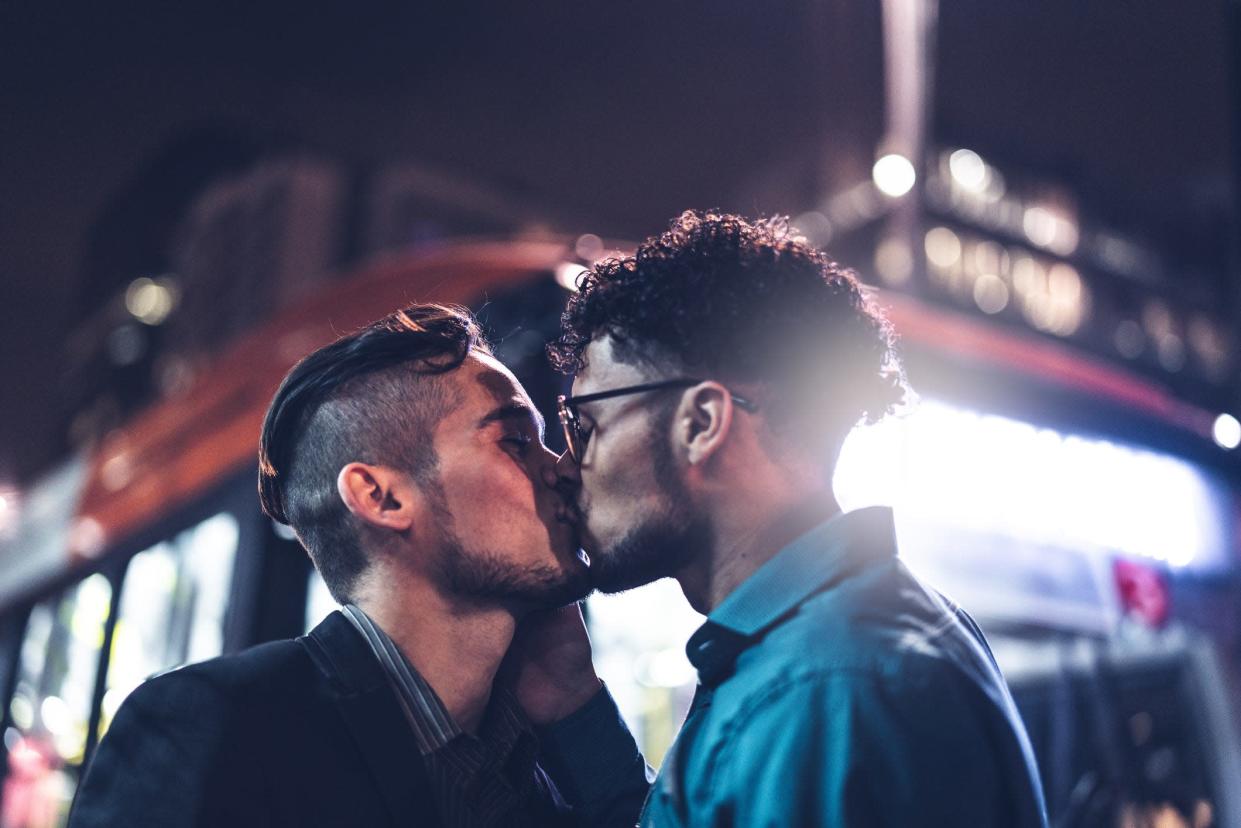 Let’s talk about (queer) sex: The importance of LGBTQ-inclusive sex education in schools

Jake Leizear, a 27-year-old comedian, started making out with his friends in college. He says that it helped him navigate his comfort levels.

“I feel a lot more empowered to navigate conversations around boundaries because if our boundaries aren’t in agreement, then we’ll still be friends, as compared to a romantic partner where the relationship could be jeopardized by mismatched boundaries,” Leizear says.

Plus, given so much chaos happening around the globe, Leizear feels some may be more inclined to take some risks: “The world’s going to end from climate change or a new COVID variant any day now, why not kiss your friends?”

Instead, Ivory, a 25-year-old astrophysics PhD student, finds that online spaces are a good space to work out feelings: “A lot of flirting happens between friends. Lines can be incredibly blurry between what’s just a bit of fun, and what could actually become something if you ever found yourselves at the same place at the same time.”

In case you missed: LGBTQ people in need of stand-in parents at weddings, holidays find ‘family’ in Facebook group

Naturally, not everyone is comfortable with platonic kissing. Joe Wilmot, 23, believes people in platonic friendships inherently set limits on a relationship.

In his opinion, fellow members of the queer community can overstep.

“Individuals who are more confident or comfortable should be free to make it known that they are open for more, but not force others to match them,” Wilmot says.

Some agree with his stance. “There are many queer people who overstep other queer peoples’ boundaries (because) they think it’s a characteristic that everyone shares,” @stonedsag777 wrote on Twitter. “It is not.”

“Whenever we arrived, or departed, we would often kiss each other as a sign of respect, affection, friendship,” Witeck says. “Never heavy or clinging or romantic, but we simply felt it was a friendly intimacy that reminded us that same-sex kissing was our privilege.”

He notes he can’t speak for a whole generation, nor can he speak for today’s younger queer people. Still: “I have many close friends and enjoy the connection with all of them, through kissing or even holding someone’s hands.”

Hmm: LGBTQ and straight, cisgender dating are vastly different. Or are they?

What you need to know about platonic kissing

Prior to puckering up – consensually – experts recommend you take time to consider the following points.

Communication is essential. “Communicate openly with (your) friends to see what each of them wants for the boundaries of their friendship, instead of just going by what society has dictated a friendship needs to be,” Martinez says.

Be honest with yourself if your feelings grow. “You (have to) be straightforward with what your heart’s telling you,” Leizear says. Consider “if transitioning the relationship to a new place would be actually a good idea for all.”

Remember, everyone’s friendships are different. “There is no shame in friends deciding and agreeing on how they want to define and experience their own relationship,” Martinez says.

Important: Most LGBTQ elders feel lonely. Here’s what organizations are doing to help.

This article originally appeared on USA TODAY: Kissing platonic friends is popular in the LGBTQ community. Here’s why