‘It wasn’t my time’: Terrifying moment state trooper dodges an out-of-control pick-up truck as he helps stranded driver with a blown tire

This is the moment a state trooper narrowly avoided being mown down by a runaway pick-up truck as he went to the aid of a stranded driver.

Dramatic dashcam footage captured Dominic Alexandre, 23, leaping clear as the silver truck careered into an SUV which had blown a tire on I-95 in Palm Beach County.

The SUV’s driver also had to jump out of the way as the truck was sent careening towards them by a three-vehicle, chain-reaction crash on October 7.

The woman sustained minor injuries to her legs and Alexandre was unhurt.

He told told CBS12 News: ‘I was able to hear the screeching sound of the pick up truck and I glanced to my left and I had a split-second decision to make, my life or get hit.

‘So I ran to the right immediately as fast as I can.’ 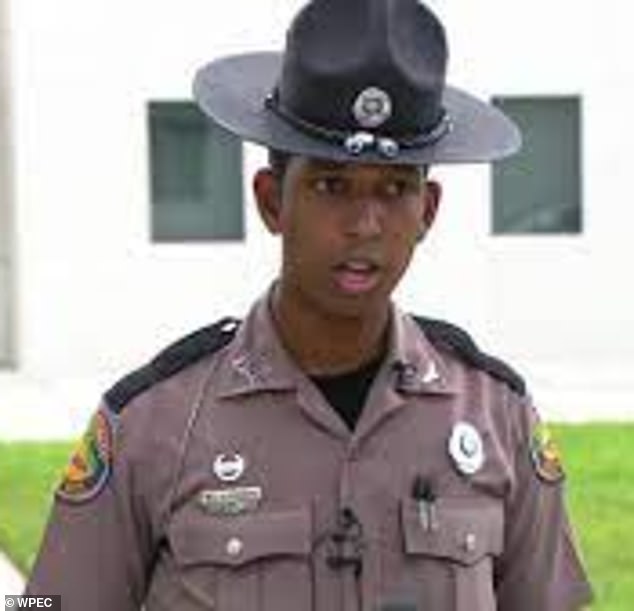 The accident was caused when a sedan collided with a white pick-up truck on the interstate.

The white pick-up sideswiped the silver truck which then collided with the woman’s SUV.

The sedan’s driver drove off and Florida Highway Patrol have appealed for any information about the driver and the car’s color, model or year. 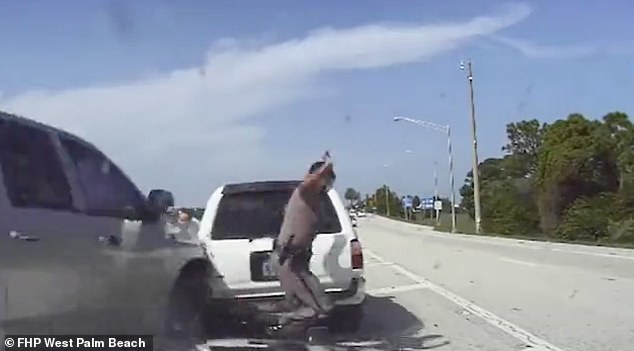 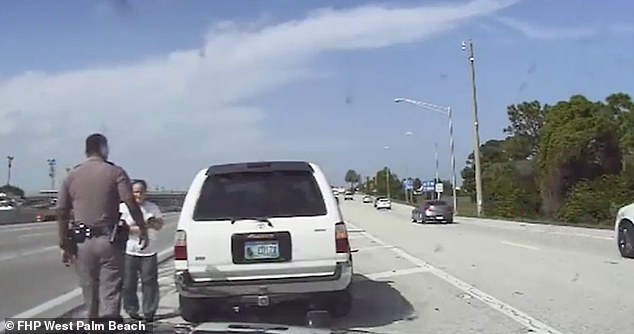 The footage starts with the trooper approaching the driver and inspecting the flat tire.

Loud and sudden screeching can be heard as the pair realize the danger of an incoming truck.

The trooper makes a hasty escape to the side of the interstate as he watches the truck slide and slam into the vehicle.

The white pick-up that sideswiped the silver truck can also be seen colliding with the front of the SUV.

Afterwards, Alexandre said: ‘A screeching sound is not a good sound to hear. 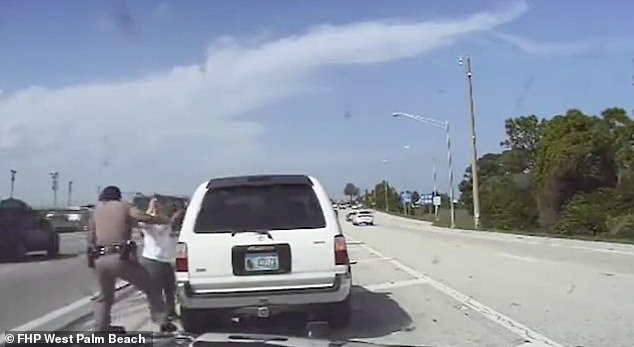 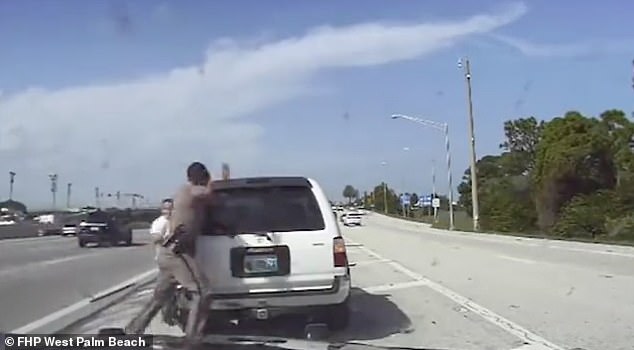 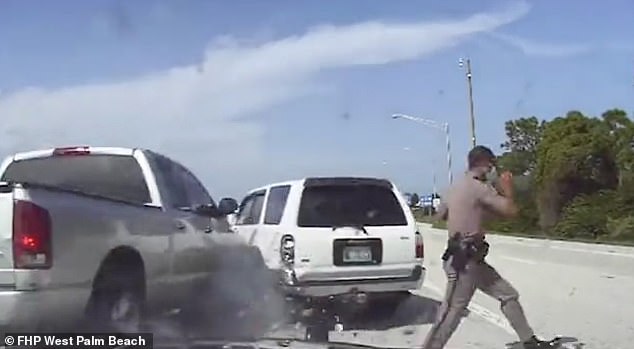 Smoke, dust and fragments go flying as the silver truck smashes into the rear of the white SUV 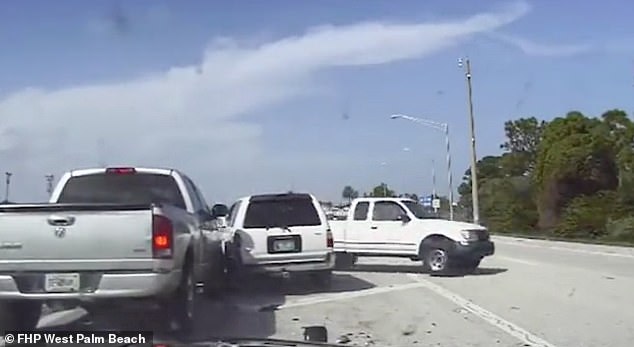 ‘We hear it all the time. I’m very fortunate and very lucky out of the countless troopers I know who are not so lucky. They died, they got seriously hurt, injured.’

The driver of the SUV was treated at the nearby JFK Medical center in Lantana, roughly ten minutes away from the accident.

Anyone who has information about the sedan or its driver involved in the collision on the northbound lanes, south of Hypoluxo Road, is encouraged to contact FHP.