Farms calls for 'rural revolution,' as shops warn against US imports

Pig farmer calls for a ‘rural revolution,’ as Greggs and Costa Coffee lead calls to back British meat over low-welfare US imports that could ‘threaten the health of the nation’

Hard at work on his father’s chicken farm one day a young Peter Greig had an unsettling realisation.

Though he respected what his father had built – a chicken farm with hundreds of thousands of birds – he suddenly knew he could no longer have anything to do with it.

Appalled by the poor conditions and conveyor-belt-like nature of industrial farming, geared only towards producing ever cheaper food, he vowed to do things differently.

Now, along with his wife Henri, he is part of a network of sustainable, local farms rearing slow-grown animals that live in harmony with nature – and he says it’s time for others to follow suit.

Calling for a ‘rural revolution’ the 62-year-old says there is an urgent need to reverse the mass industrialisation of the food chain and return to more traditional methods of farming. 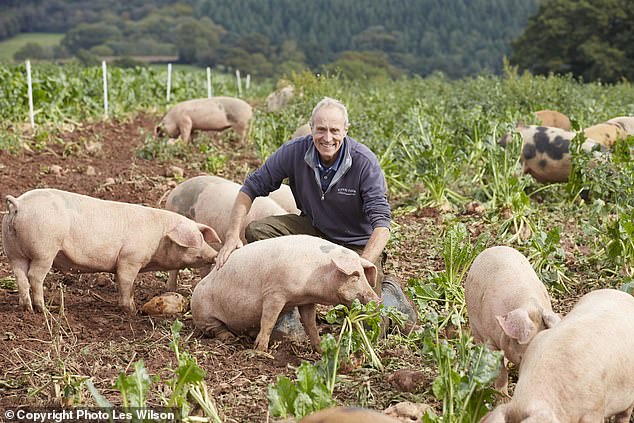 Amid continuing concerns that a US trade deal could swamp the UK with low welfare imports that would undercut British farmers and threaten the health of the nation, Peter says there has never been a more critical time to push for change.

Speaking surrounded by boisterous pigs at his farm in Devon he recalled the damascene moment he had 33 years before: ‘It suddenly struck me that if the customers were to see what I looked at every day they would probably feel very uncomfortable about eating chicken.

‘Secondly my wife and I had just had our second child Will and we realised we would not be prepared to feed it to our children. It was an extraordinary situation to be in.’

In 1989 he went his own way and founded Pipers Farm near Exeter.

It was little more than a few tin sheds and a bungalow at the time but now it’s one of the country’s leading proponents of a more ethical and sustainable way of farming.

‘After the war people were hungry and short of food,’ said Peter. ‘You can understand how the industrialisation of farming happened. 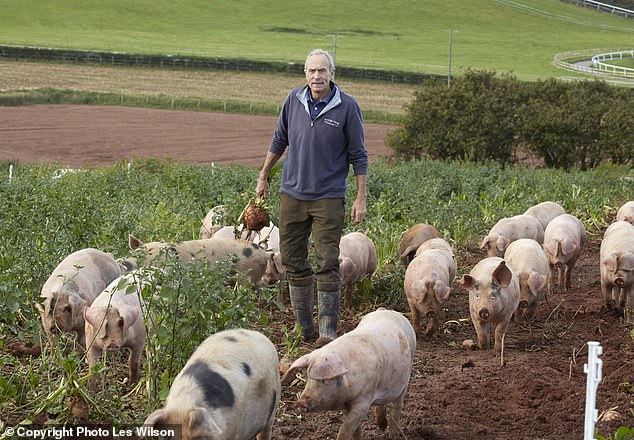 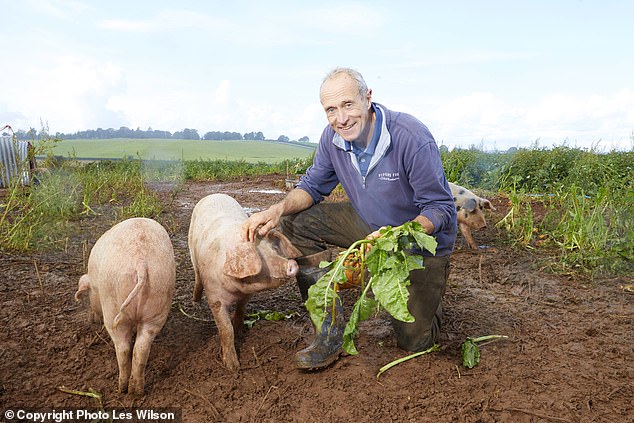 Mr Greig, 62, says farming has been ‘overtaken by a very small number of global corporations who have put relentless downward on price’ 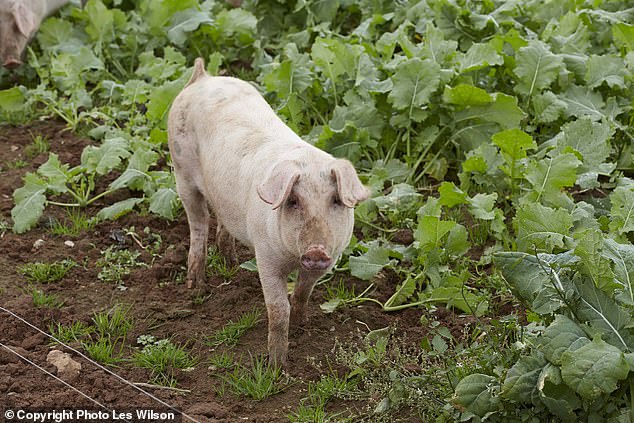 Peter’s pigs at Piper Farms live outside, free to roam, forage and cultivate the ground as they go

‘But it’s been overtaken by a very small number of global corporations who have put relentless downward on price.

‘Nobody has been a winner other than them. And the life of the animals was never taken into consideration.’

Peter’s pigs (a breed native to the local area) live outside, free to roam, forage and cultivate the ground as they go.

They enjoy a rich diet and cultivate their natural immune system by nuzzling in the dirt from the day they are born. You don’t have to be an expert to see that they are content creatures. 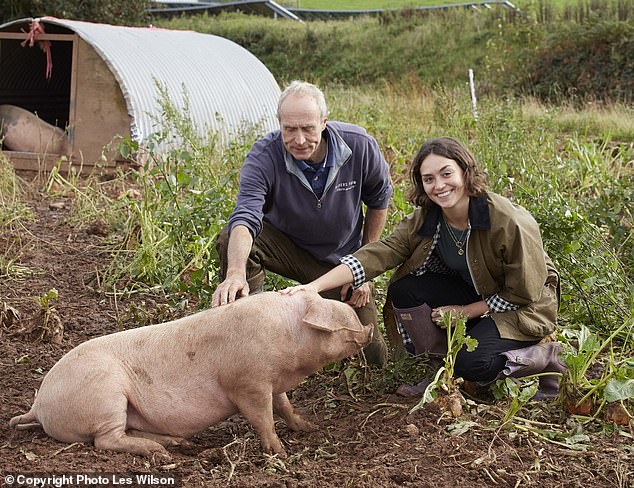 The Mail on Sunday’s Giulia Crouch heard about growing concerns in the industry that US-imports could cripple British farmers. Major High Street names such as Greggs, Costa Coffee and Greene King have all voiced their opposition

Bounding around and constantly eating the pigs are perfectly happy around humans, so much so they are often approaching for a scratch behind the ears.

It is in shocking contrast to the lives of most pigs in this country, who live indoors; the sows often kept, cruelly, in small cages.

‘They can stand up and lie down but can’t turn around. It’s on a hard concrete or plastic floor,’ says Peter.

‘I’ve worked with livestock all my life and I know when they’re comfortable. It makes my stomach churn if I see it. I don’t believe any livestock farmer would necessarily choose to put pigs into that environment.

‘But this is where the industrial system has gone. It isn’t about farmers choosing to do that. It’s the pressure, the relentless treadmill of having to produce cheaper food.

‘It’s so dysfunctional and so unsustainable on every level.’

Peter said it would be ‘very frustrating as well as deeply wrong’ for cheap, low-welfare meat imports to be allowed into the country from America and has teamed up with campaign group Farms Not Factories to ask big brands to commit to using high-quality British pork. 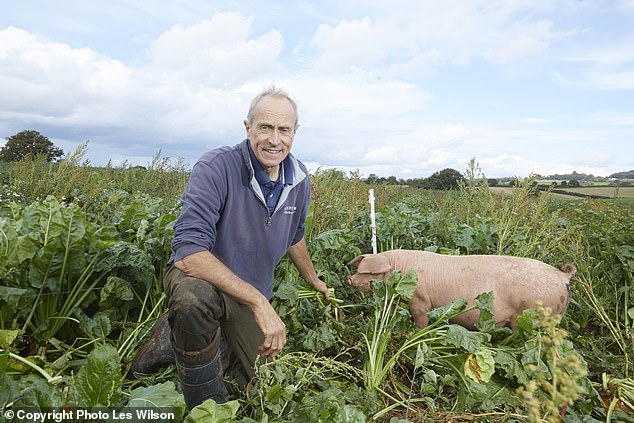 Peter said it would be ‘very frustrating as well as deeply wrong’ for cheap, low-welfare meat imports to be allowed into the country from America

Together they’ve launched a petition aimed at Greggs and other high street favourites such as Costa Coffee and Greene King which says: ‘Sausage rolls are loved by the British Public.

‘What we don’t love is pork from farms with worse cruelty flooding into the UK from US industrial farming. It will hurt British farms and British food standards.’

Whereas Peter’s pigs take 35 weeks to get to the same weight. He believes firmly in the mantra ‘you are what you eat’ and says a happy pig makes for better meat.

‘The crackling off our pork is amazing and the reason is they have a thick skin because they live outside, coping with wind and rain.

‘If you shut a pig in a dark shed at 70 degrees Fahrenheit their skin is like paper because they really don’t need it.

‘We want many more farms to develop these systems of food production. We absolutely believe this is the way to feed a growing world population.’ 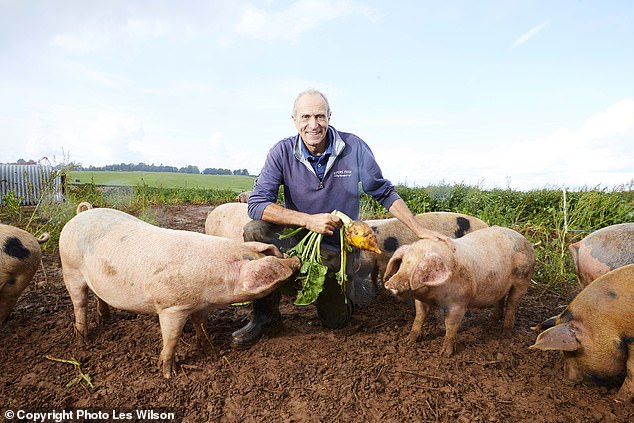 Farms Not Factories, with the backing of major chains, is campaigning to ask big brands to commit to using high-quality British pork

Farms not Factories Campaigner Tracy Worcester said: ‘I’ve been campaigning for pigs to live freely in fields outside for years, without a guarantee on high standards of food safety, animal welfare and environmental protection, we could see a race to the bottom in future years.

‘Brexit meant we could write our own rules, so it is time for the Prime Minister to ensure that our new agricultural rules mean we see higher food standards protecting British favourites such as the sausage roll.’

A spokesperson for Greggs said: ‘Following high standards of Farm Animal Welfare is integral to our business strategy and we are committed to ongoing improvement in this area.

‘All our pork is supplied from UK and EU sources and we are proud to have maintained our Tier two rating in the Business Benchmark on Farm Animal Welfare (BBFAW) and continue to benchmark our performance against other recognised schemes.’ 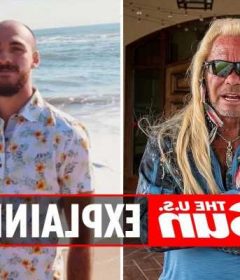