Ex-Army officer company boss who called his neighbour, 74, a ‘peasant’ and ‘shoved her’ after his corgi escaped his £600,000 home and ‘went for’ her dog is cleared of assault

A former Army officer turned company boss who called his neighbour a ‘peasant’ during a row over their pet dogs has today been cleared of assaulting her.

Rosemary Westbrook, 74, alleged that Dane Pepperday shoved her during a dispute outside his £600,000 home in a sleepy hamlet near Gillingham, Dorset.

But the company director, 60, said he had accidentally bumped her as he went to break up a scrap between their two dogs.

Mr Pepperday was charged with assault following the incident, in July last year. But magistrates have now found him not guilty following a trial.

Mrs Westbrook and her daughter Claire were walking their dogs on leads past Mr Pepperday’s house when Grace burst out of the garden and made a beeline for Ollie.

Mr Pepperday, having realised that Grace had managed to sneak out the front gate, rushed out of his house to intervene. 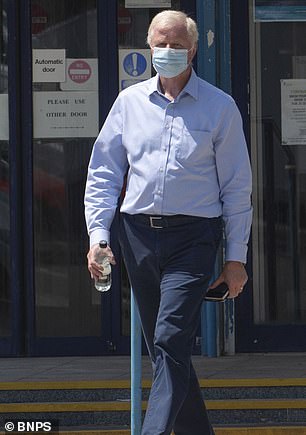 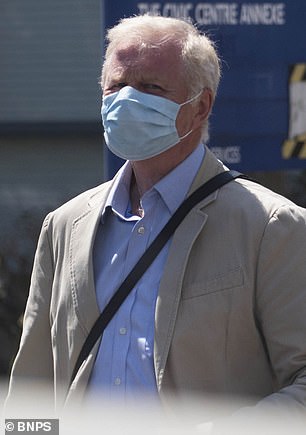 Rosemary Westbrook, 74, alleged that Dane Pepperday (pictured left and right) shoved her during a dispute outside his £600,000 home in a sleepy hamlet of near Gillingham, Dorset

Mr Pepperday, who runs a business training company, said: ‘I walked from the rear of the house across to the stables when I heard the fighting outside.. I turned round and saw that the gate was ajar and thought ‘oh no’.

‘Grace is a tiny corgi, she’s a runt. I didn’t know what was happening but I was terrified.

‘I saw that Grace and the boxer were nose to nose, biting each other. Both dogs were barking and their teeth were going.

‘I thought I need to pull the boxer away from Grace so I ran up to where Mrs Westbrook was holding her dog, grabbed hold of the lead and pulled as hard as I could.

‘I jerked the dog’s head up and pushed back and at that point felt contact with Mrs Westbrook.

‘Her daughter shouted “don’t push my mum”. But I just held the dog away and shouted ‘no’ as forcefully as I could to Grace.

He then told the court: ‘I looked at her and shook my head and said “peasants”.

‘They walked away and no one was harmed. I was pleased the two dogs hadn’t been harmed.’

Claire Westbrook told magistrates in Poole that Mr Pepperday did not grab the lead and instead shoved her mother.

She said: ‘I saw him run out of his gateway. I thought he was coming to get his dog from underneath my mum’s dog.

‘He shoved her on both her shoulders. I was stood a bit away and I shouted at him “how dare you shove my mum” and he said “get out you peasants”.

‘We left. My mother was shaken up.’ 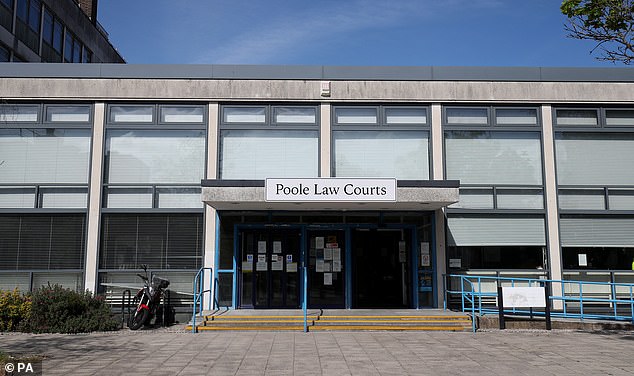 But Kenneth Sharpe, defending, asked: ‘Why would Mr Pepperday, a 60-year-old gentleman of good character, push a 74-year-old woman to the chest? He wouldn’t and he didn’t.’

He added: ‘He was presented with a dilemma. His small dog is in a combat situation with a significantly larger dog.

‘Rosemary Westbrook is very passive in terms of what she’s doing but he knows his dog shouldn’t have left the property.

‘He didn’t pick up his dog because he would get bitten so he did the only other thing he could do – get to the dog on the lead and extract that dog.

The magistrates said because of the inconsistencies in the evidence and the speed of the incident itself, they could not be certain Mr Pepperday intentionally pushed Mrs Westerbrook and found him not guilty of assault.