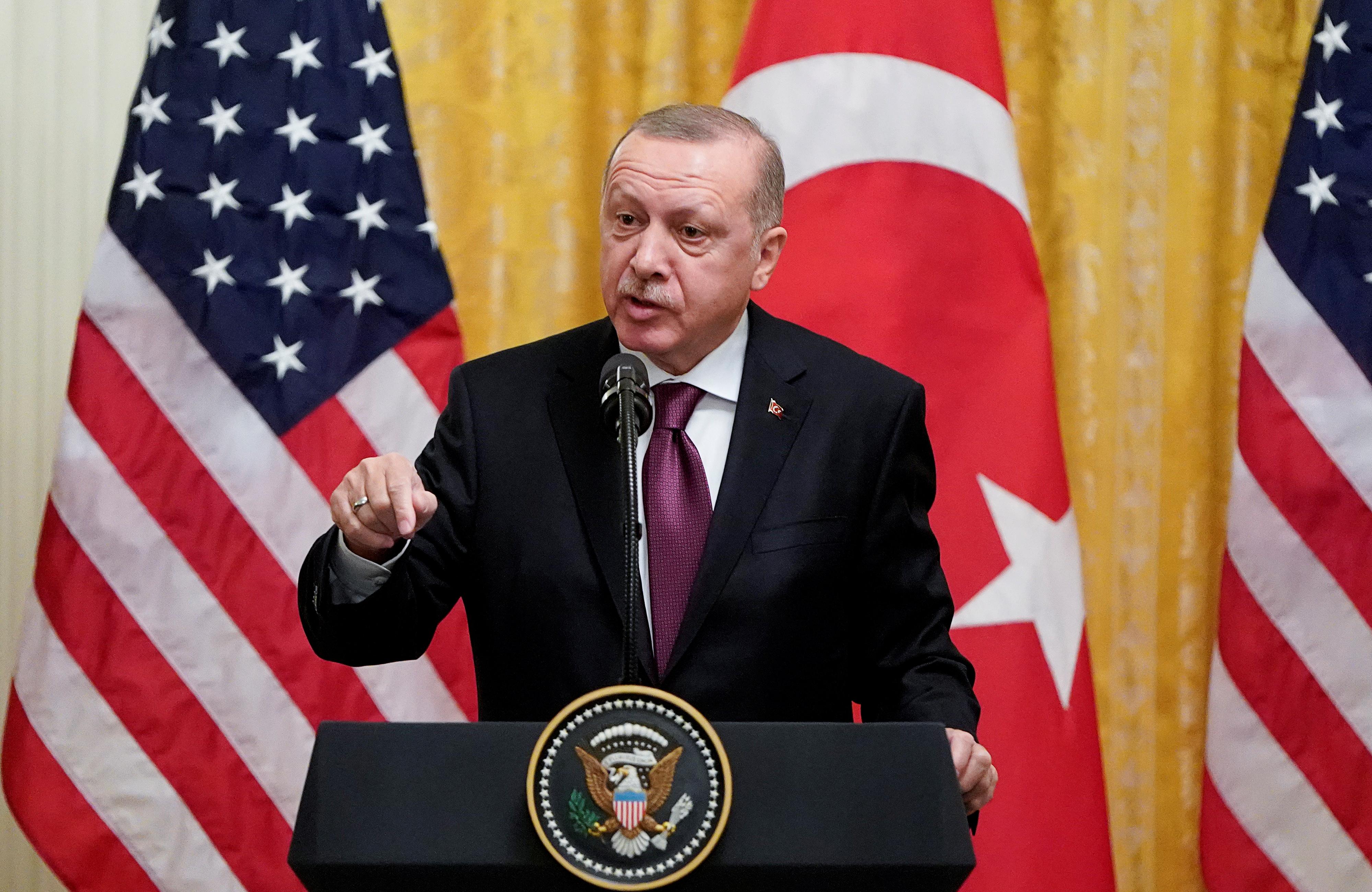 ANKARA (Reuters) – Turkey is aware that the U.S. support for the Syrian Kurdish YPG militia will not end immediately, President Tayyip Erdogan said on Tuesday, but added that Ankara’s battle against the militia it considers a terrorist group will continue.

Ankara views the YPG as a terrorist group linked to Kurdish militants waging an insurgency on Turkish soil, and has launched three offensives in northern Syria against the militia. It has been infuriated by the U.S. support for the militia, repeatedly urging its NATO ally to halt its relations with the group.

Speaking to members of his AK Party, Erdogan said Turkey will continue to battle the YPG until all threats towards Turkey are stopped and every militant is eliminated. He added that no plan in the region can be realised without Turkey’s consent and support.