Dozens of people have been killed and hundreds injured after a magnitude 5.6 earthquake hit Indonesia’s main island on Monday.

At least 44 were killed and 300 hurt after a shallow tremor hit West Java near the town of Cianjur, around 45 miles south of the capital Jakarta, at 1.21pm local time.

The quake triggered a landslide and collapsed buildings in hard-hit Cianjur – where most of the deaths were reported – but also shook tower blocks in Jakarta.

Herman Suherman, head of the local administration in Cianjur town, told broadcaster Metro TV: ‘The information I got for now, in this hospital alone, nearly 20 died and at least 300 people are being treated.’ 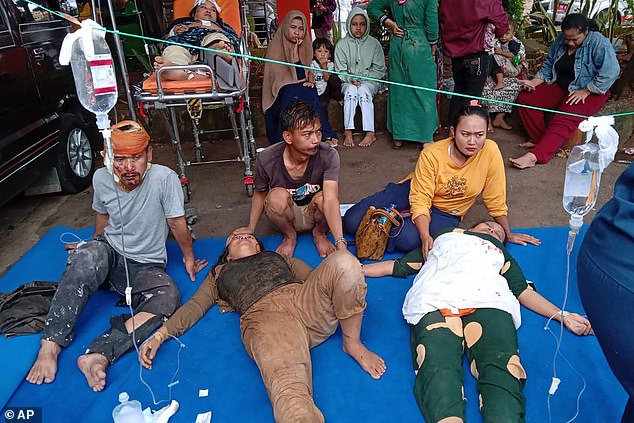 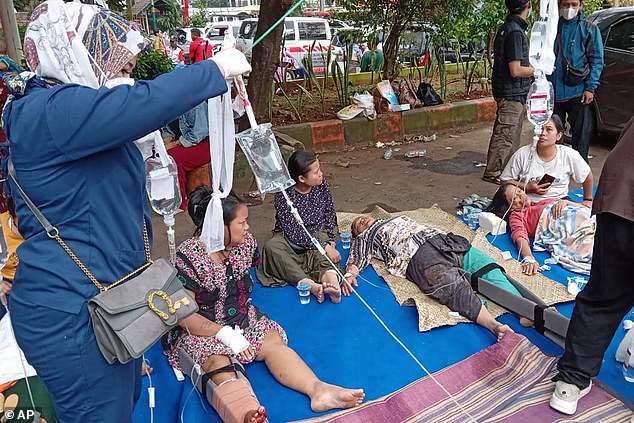 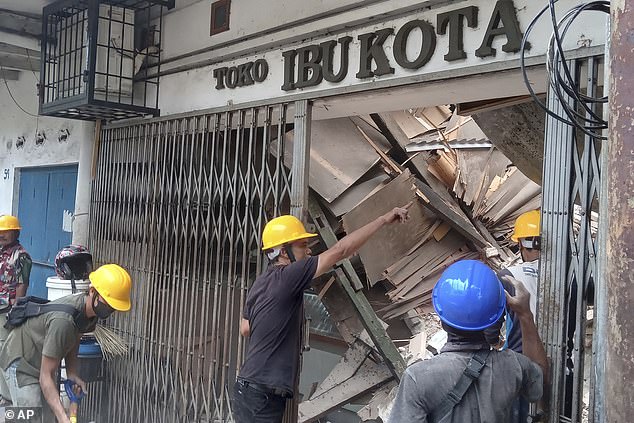 ‘Most of them had fractures from being trapped by the ruins of buildings.’

He said relatives of victims had congregated at the town’s Sayang hospital and warned the death toll could rise as villagers outside of the town may still be trapped.

‘We are currently handling people who are in an emergency state in this hospital. The ambulances keep on coming from the villages to the hospital,’ he said.

‘There are many families in villages that have not been evacuated.’

The country’s disaster chief Suharyanto, who like many Indonesians goes by one name, said at least 14 people had died in the Cianjur area but said information was ‘still developing’.

Cianjur police chief Doni Hermawan told Metro TV authorities had rescued a woman and a baby from a landslide but a third person they found had died of their injuries.

Other broadcasters showed several buildings in Cianjur with their roofs collapsed and debris lining the streets. 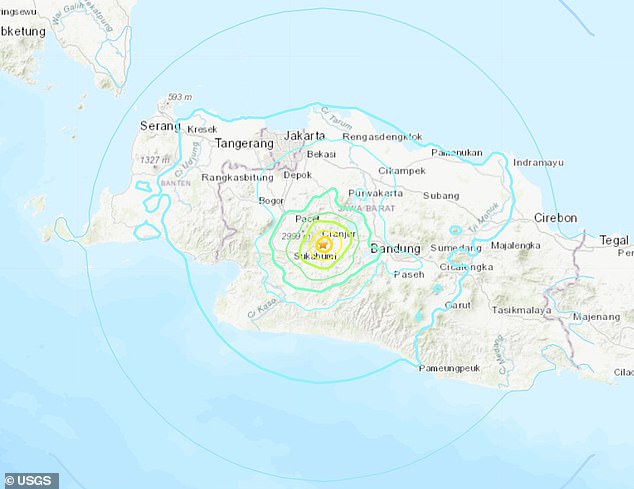 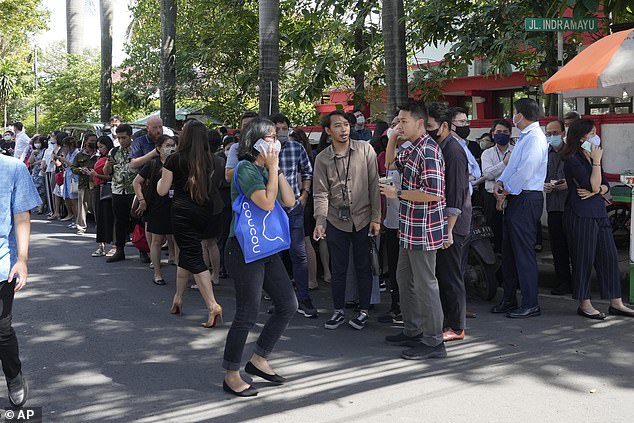 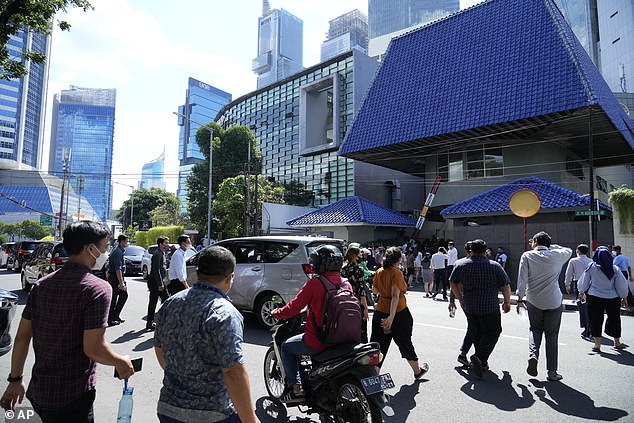 The country’s meteorological agency warned residents near the quake to watch out for more tremors.

‘We call on people to stay outside the buildings for now as there might be potential aftershocks,’ the head of Indonesia’s meteorological agency, Dwikorita Karnawati, told reporters.

There were no reports of casualties or major damage in the capital of Jakarta, where people rushed out of buildings.

Mayadita Waluyo, a 22-year-old lawyer, described how panicked workers ran for the exits of their building in Jakarta as the quake struck.

‘I was working when the floor under me was shaking. I could feel the tremor clearly. I tried to do nothing to process what it was but it became even stronger and lasted for some time,’ she said.

‘I feel a bit dizzy now and my legs are also a bit cramped because I had to walk downstairs from the 14th floor.’

Hundreds were waiting outdoors after the quake including some in hard hats to protect from falling debris, an AFP reporter there said.

Indonesia experiences frequent seismic and volcanic activity due to its position on the Pacific ‘Ring of Fire’, where tectonic plates collide. 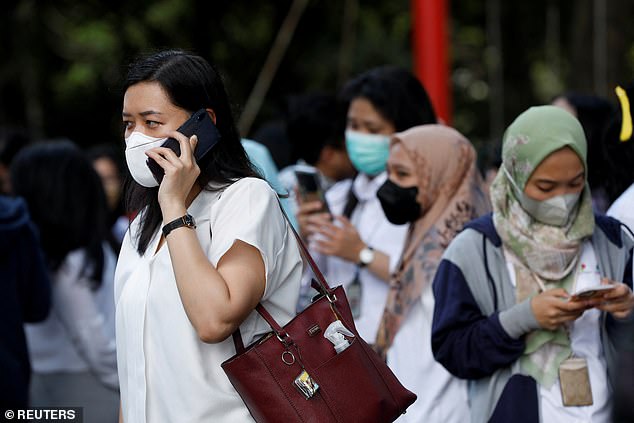 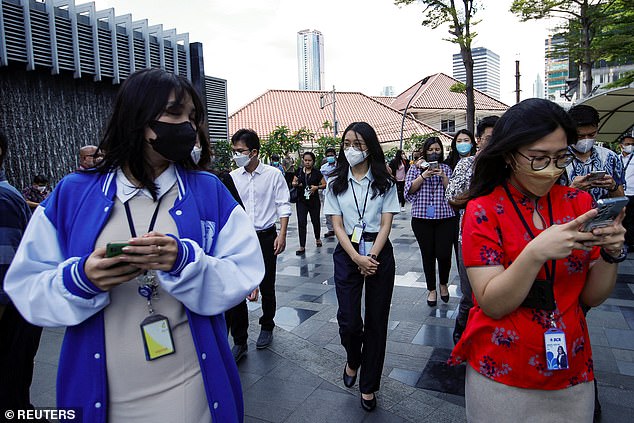