Plans for a mixed-use marina or “something like Port Douglas” in Melbourne’s south-east never eventuated because a “dysfunctional” council did not have proper oversight, allowing a developer to instead build waterfront homes and gated communities.

Ombudsman Deborah Glass made the findings in a report tabled in the Victorian Parliament on Tuesday, after investigating Kingston City Council’s handling of the development of the canals. 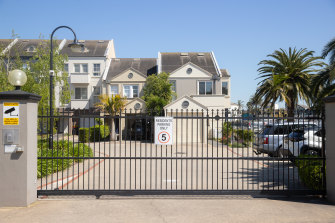 The original vision for the Patterson Lakes marina, starting in 1988, was for a leisure and tourism precinct with restaurants, retail, hotels and public open space. One resident told the ombudsman they were expecting, “something like Port Douglas”, a tropical Queensland town.

But residential homes were later approved and progressively taller properties were allowed, including two 10-storey developments. 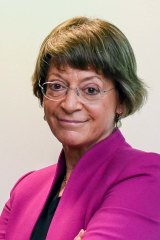 “What the community ended up with is bigger, higher and less accessible. Little wonder then that some locals were suspicious, even to allege corruption by councillors and council staff,” Ms Glass said.

Despite “coffee talk” between suspicious locals that a senior planner at Kingston City Council was taking kickbacks from the developer, the investigation found no evidence of corruption.

The marina is now largely townhouses, apartments and gated communities. There are 396 residences at the marina where more than 1000 people live.

Responding to the investigation, lawyers for the developer, Cavendish Developments, pointed out the site still included a commercial marina, hotel, commercial enterprises and a swim school.

Ms Glass found the developer provided enough open space under the initial agreement by making a financial contribution to council, so public space identified in the original plan was in effect sold in 1990.

Although she made no finding of collusion, Ms Glass said the senior planner showed “a concerning lack of judgement” by failing to record Christmas lunches with the developer.

For four years, he had undisclosed lunches at restaurants such as Rockpool and Bacash. 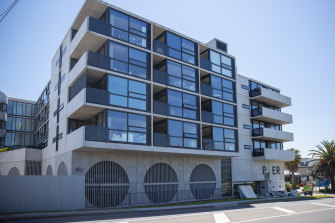 A multi-storey residential building near the junction of McLeod Road and Pier One Drive, Patterson Lakes. Credit:Simon Schluter

The senior planner is no longer employed at Kingston City Council, having left in 2020 after 25 years.

A lawyer for the developer and its director said the lunches lasted no more than about an hour and a half, with minimal or no alcohol consumed at the professional meetings.

The precinct was considered a “comprehensive development zone” in local planning rules, which meant individual permits were not required and approvals did not require public input.

Errors of judgement were aggravated by the confusing planning controls, the investigation found, which allowed the developer to obtain approvals which were not strictly compliant with guidelines.

“The senior planner denied ever intentionally giving allowances or concessions to the developer relating to car parking and height restrictions,” the report said.

But the investigation found those allowances meant, over time, a “gradual erosion of the original plan for the marina”.

There was also a lack of supporting material to explain the senior planner’s decisions, which were sometimes incomprehensible, and record keeping was so poor that a planning report falsely described a five-storey building as three storeys.

Ms Glass made no findings about the legality of council decisions, some of which remain under review by the Victorian Civil and Administrative Tribunal, and she was not critical of the developer.

Lawyers for Cavendish Developments rejected a local businessman’s description of the marina as a “slum”, saying it was “regarded by the local community as a very desirable place to live” with property prices as high as $2.6 million on North Shore Drive.

In 2019, following complaints from the public, Kingston City Council’s then-chief executive officer Julie Reid engaged Hall & Wilcox Lawyers to review the developments. It found nine approvals or developments that did not, or did not appear to, comply with the height provisions or intentions of the development plan.

Council also commenced a probity review to examine records. Holding Redlich found no evidence of improper conduct but made 13 recommendations. Kingston mayor Steve Staikos said they were being implemented.

Kingston’s interim chief executive Tim Tamlin said he hoped the report would reassure the community the council was not corrupt and was taking actions to avoid repeating past mistakes.