KINSHASA (Reuters) – Scores of Congolese opposition supporters demonstrated in the capital Kinshasa on Monday against the choice of a joint candidate in December’s presidential election instead of the country’s well-known opposition leader. 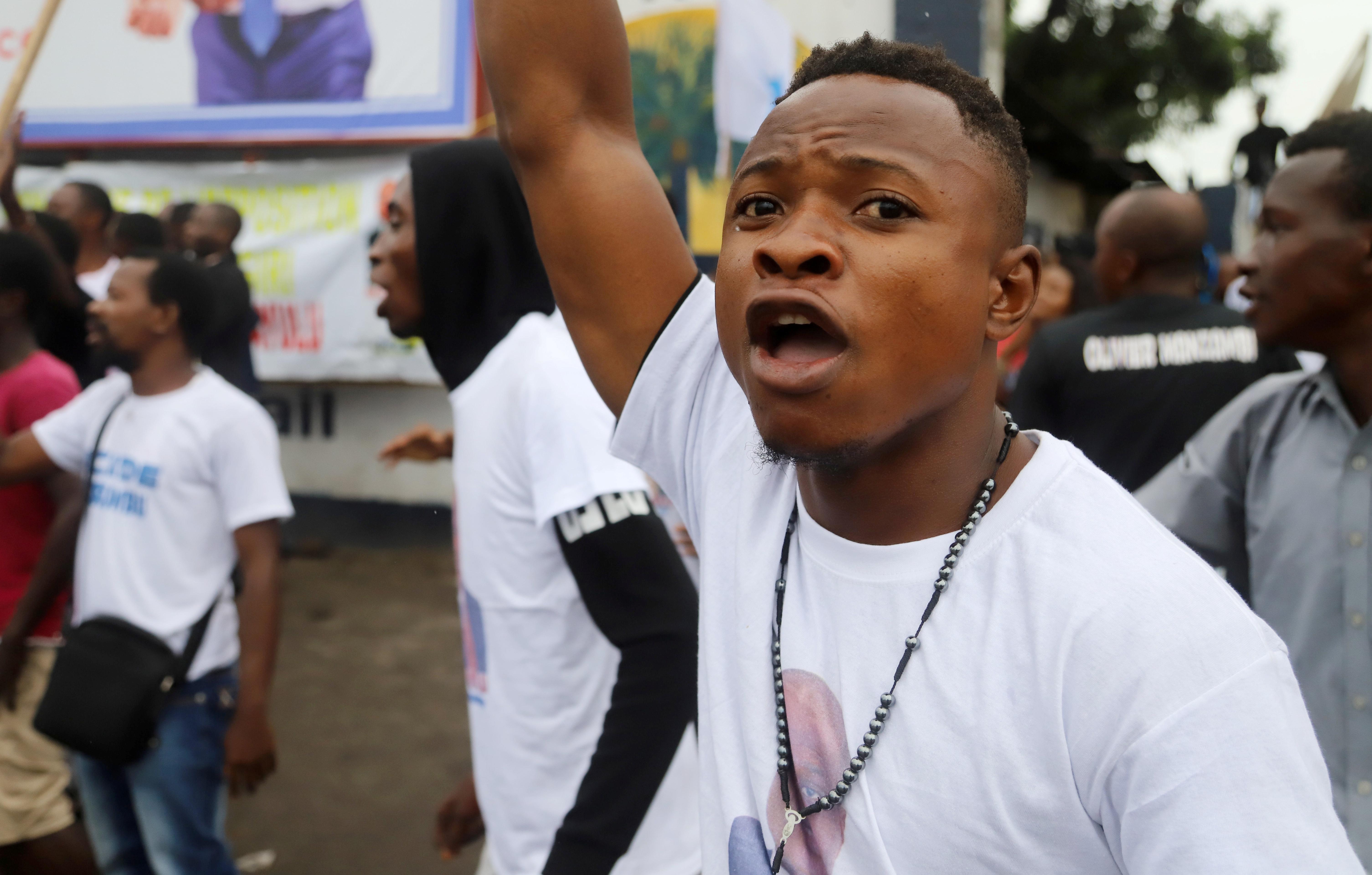 Former Exxon Mobil manager and businessman Martin Fayulu on Sunday won the nomination to be the single opposition candidate running to succeed President Joseph Kabila, who has been in power since the assassination of his father in 2001.

The demonstrations against Fayulu’s candidacy, in which supporters of Tshisekedi burned tires and branches, hint at the difficulty in uniting a historically splintered opposition behind one candidate.

“It’s the UDPS and the base that decides. We voted for Felix Tshisekedi at the congress as our presidential candidate,” said Maitre Kalonji, referring to Congo’s largest opposition party. “We are saying that we will not accept this.”

“The UDSP rejects with force this nomination,” Jean-Marc Kabund, the party’s general secretary, told protesters. “We’re asking our president to remove his signature.”

Kabila triggered a political crisis when he refused to step down when his second elected term expired in December 2016, but surprised a lot of Congolese when he ultimately agreed to step aside in August.

That would make December’s election, if it goes ahead without incident, the vast Central African country’s first peaceful change of power since independence from Belgium in 1960.