US report compiled with input from 13 government agencies and departments says future risks depend on today’s decisions. 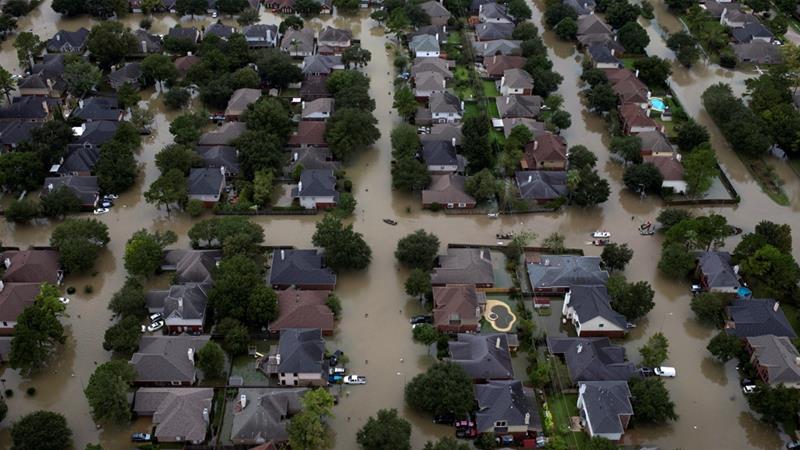 Climate change will cost the United States’ economy hundreds of billions of dollars by the end of the century, a new US government report has warned.

Global warming will affect everything from health to infrastructure if left unchecked, according to the major federal report issued on Friday.

“With continued growth in emissions at historic rates, annual losses in some economic sectors are projected to reach hundreds of billions of dollars by the end of the century – more than the current Gross Domestic Product (GDP) of many US states,” the National Climate Assessment said.

The warning is at odds with the Trump administration’s pro-fossil fuels agenda and the president’s own statements on global warming.

However, it added that projections of further damage could change if greenhouse gas emissions are sharply curbed, even though many of the impacts of climate change – including more frequent and more powerful storms, droughts and flooding – are already under way.

“Future risks from climate change depend primarily on decisions made today,” it said.

Gary Yohe, professor of economics and environmental studies at Wesleyan University, told Al Jazeera that there is a need for immediate action.

“It’s gotten worse at a rapidly increasing rate over the last two or three years, and you haven’t done anything. You’ve wasted 15 years of time to respond to climate change. If you waste another five years, it will be even worse. And the longer you wait, the more expensive the response will be.

“Response will have to come. It’s not a matter of if, it’s a matter of when. And starting now is certainly the best idea on the table,” Yohe added.

At odds with Trump

The report supplements a study issued last year that concluded humans are the main driver of global warming and warned of catastrophic effects to the planet.

The studies clash with policy under Trump, who has been rolling back Obama-era environmental and climate protections to maximise production of domestic fossil fuels, including crude oil, already the highest in the world, above Saudi Arabia and Russia.

During his 2016 election campaign, Trump called climate change a “hoax”, although he has since said that he does not believe that to be the case.

During a period of cold weather in the US this week, he tweeted: “Whatever happened to Global Warming?”