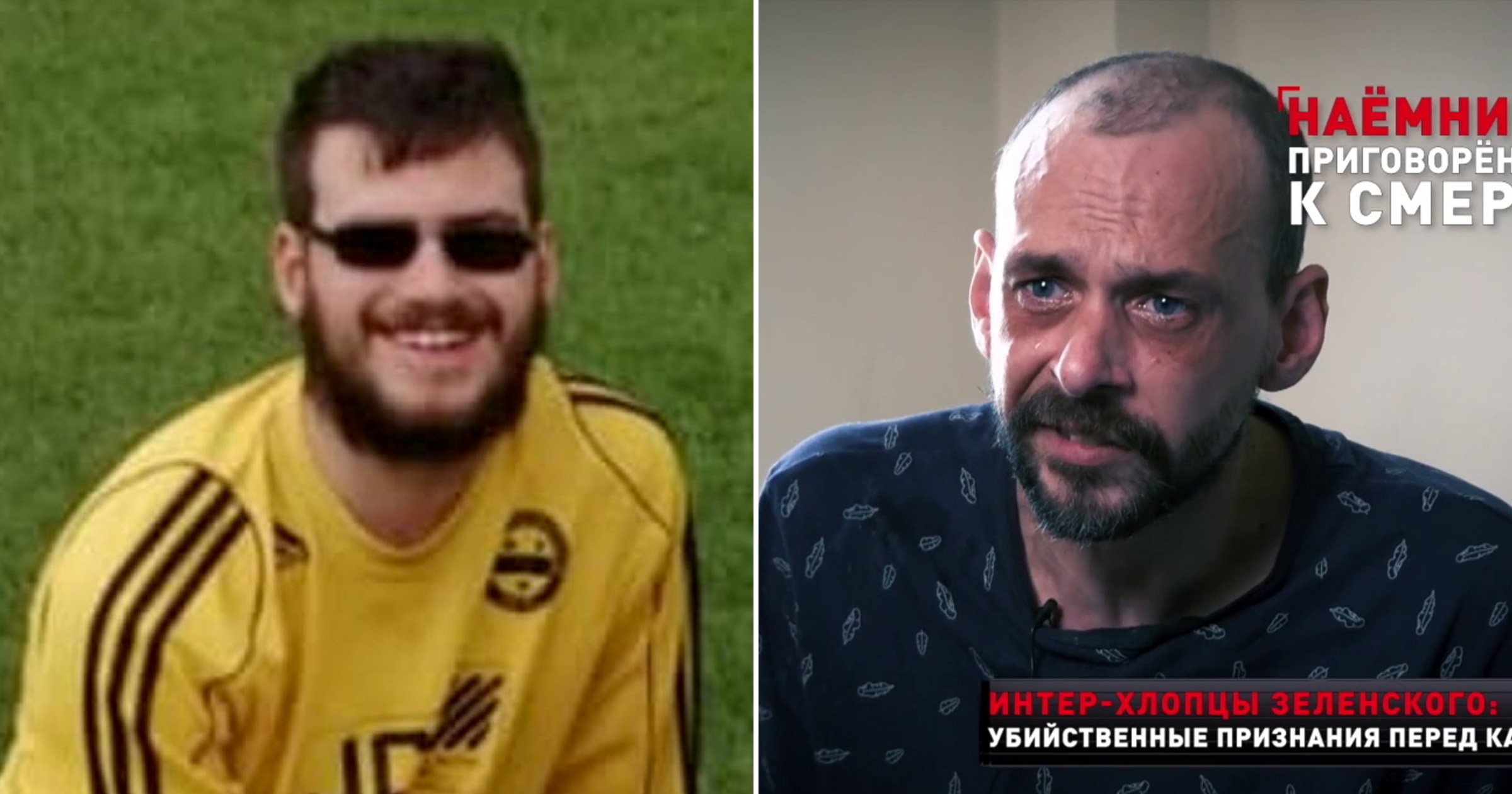 Two more British citizens are facing the death penalty after being captured by Russian forces in a pro-Putin rogue state in eastern Ukraine.

The pair have been charged with ‘mercenary activities’, according to the Russian TASS news agency.

Hill has been identified as a father-of four from Plymouth and is reported to have previously served in the Lancaster regiment of the British army.

Healy, from Huntingdon, Cambridgeshire, has been previously described as a civilian volunteer seeking to evacuate people from war-ravaged Ukraine.

Two other Britons, Aiden Aslin, 28, and Shaun Pinner, 48, are currently appealing a death sentence in the DPR which would see them shot by a firing squad.

Hill was earlier warned that he was likely to face a death sentence.

This can be appealed, and under DPR laws the condemned can also seek a pardon from the pro-Putin ruler of the territory, Denis Pushilin.

But Pushilin is already on record as saying he sees no grounds to pardon Aslin and Pinner.

Meanwhile, Russian state media is reporting that Hill and Healy are not co-operating with their captors.

A ‘law enforcement’ source told TASS: ‘Criminal cases have been initiated and charges were presented for [acting as mercenaries] against British citizens Dylan Healy and Andrew Hill, currently in detention in DPR.

‘Investigation operations are underway as the investigators look for evidence of the crimes committed by the British, because they do not want to testify and refuse to cooperate on their criminal cases.’

Healy and Hill were both confirmed to be in Russian hands several weeks ago.

Healy was seized at a checkpoint south of the city of Zaporizhzhia with British dad-of-two Paul Urey – but no mention of him was made in the reports today.

Western experts say they cannot expect a fair trial in the DPR.

The captives have previously been paraded on Russian propaganda media – and one theory is that Moscow may seek to use them as bargaining chips for a swap involving its people now in Ukrainian hands.

Last month a video was shown of Hill highlighting the moment he was detained.

The shattered and tearful captive, speaking to his grandmother in Britain says: ‘I am being detained here as a suspected mercenary.

‘The penalty for that here is death.’

He adds: ‘I want to go home, to my homeland, to my family, to my children.

‘I will tell them about the DPR and how it was formed.

‘And I will tell them what is going on here.’

Britain has declined to deal publicly with Russian proxy authorities in the DPR that it does not recognise, preferring to ask Kyiv for assistance. Russia has said the men’s fate is a matter for the DPR.