A BRITISH ex-soldier who went to Syria to fight IS had terror charges against him dropped yesterday.

Daniel Burke, 33, told The Sun he is now “really looking forward to a Domino’s Pizza”. 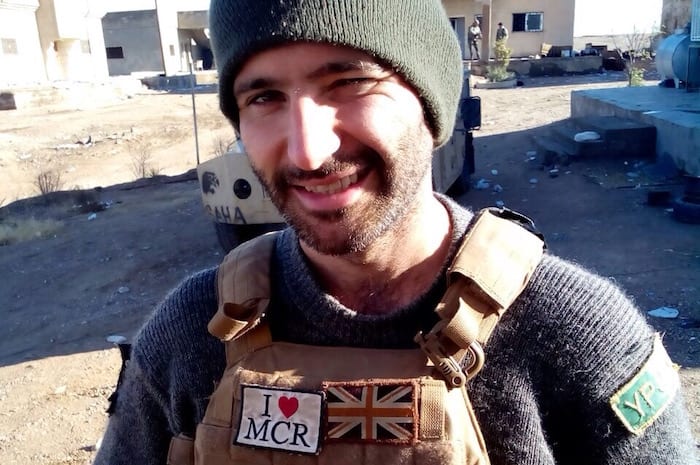 He, along with father and son Paul and Samuel Newey, faced years behind bars for helping the Kurds fight IS.

Mr Burke, from Manchester, was in custody since last December until set free at the Old Bailey.

Prosecutors said there was “insufficient evidence to sustain a realistic prospect of conviction”.

The Neweys, from Solihull, West Mids, were accused of assisting Paul’s son Daniel Newey, another fighter.

Charges against them were also dropped.

WE have often condemned the incompetence and even the motives of the Crown Prosecution Service.

Neither seems to be much improving.

What possessed it to hound three Brits for helping a man travel to Syria to fight AGAINST Islamic State?

This wasn’t another “Jihadi Jack” case, of a Brit recruited to the genocidal  cult. Daniel Newey is with the Kurdish YPG forces, trained by our SAS.

Yet his father, brother and a friend were put through hell before the CPS yesterday abandoned a terror trial at the Old Bailey it could never have won.

What was their alleged crime? The YPG is not a terror organisation. What  justice would have been done?

And why did it take so long for sense to prevail?

“There was no crime committed because it's not terrorism – because my son Daniel is not a terrorist.

“He was there in Syria fighting with the allied forces against ISIS.

"He was doing the right thing – he has gone to put his life at risk for other people for no gain to himself.”