Mexico granted Morales asylum after he suddenly announced his resignation on Sunday. 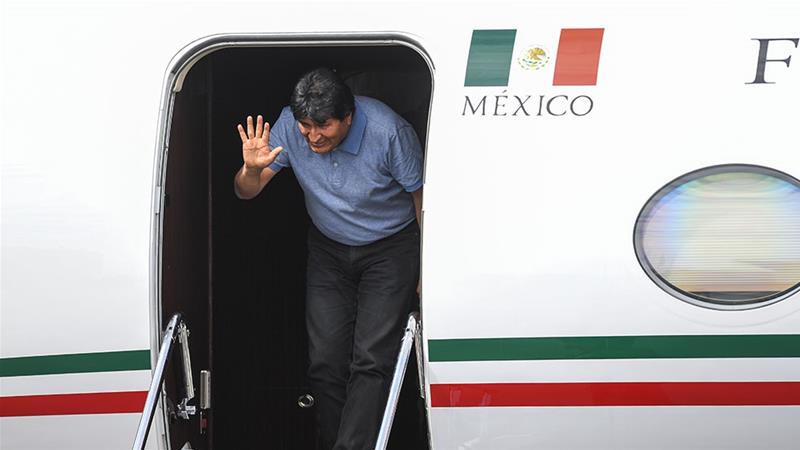 Bolivia’s former President Evo Morales has landed in Mexico after being granted asylum following his sudden resignation over the weekend.

Morales’s departure came as security forces back home quelled violence over the long-serving left-wing leader’s resignation and opponents sought an interim replacement to fill the power vacuum left behind.

Morales, who quit after weeks of protests over a disputed October election, flew in a Mexican Air Force plane from the town of Chimore, a stronghold where Bolivia’s first indigenous president retreated as his 14-year rule imploded.

Upon arrival on Tuesday he promised to stay in politics, saying “the struggle continues”.

Opposition politicians wanted to formally accept Morales’s resignation and start planning for a temporary leader ahead of a new vote. But their plans looked at risk as Morales’s Movement for Socialism (MAS) said it would boycott the meeting.

Residents of the highland capital La Paz, rocked by protests and looting since the October 20 vote, said they hoped politicians would succeed in finally restoring order.

“Democracy has been at risk and hopefully it will be resolved today,” resident Isabel Nadia told Reuters News Agency.

Morales’s flight out was far from simple.

Takeoff was delayed, with supporters surrounding the airport, then the plane was denied permission to fuel in Peru, Mexico’s Foreign Minister Marcelo Ebrard told a news conference. So it stopped instead in Paraguay before arriving in Mexico City just after 11am local time (17:00 GMT). 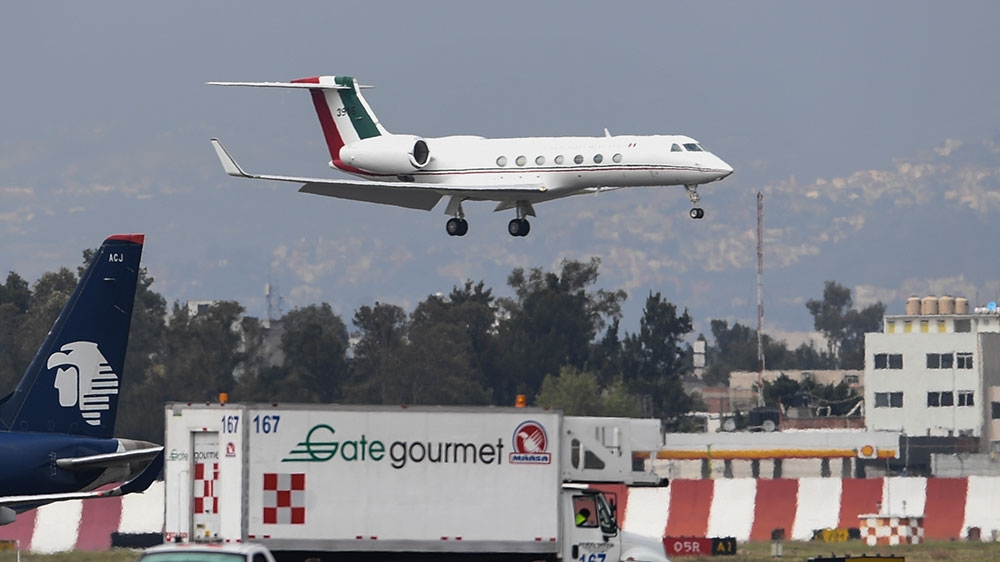 “His life and integrity are safe,” Ebrard said, tweeting a photo of Morales alone in the jet with a downcast expression, displaying Mexico’s red, white and green flag across his lap.

In a region divided along ideological lines over Morales’s fall, Mexico’s left-wing government has supported his accusations of a coup against him by political rivals.

In La Paz, roadblocks were in place after soldiers and police patrolled into the night to stop fighting between rival political groups and looting that erupted after Morales’s resignation.

The charismatic 60-year-old former coca leaf farmer was beloved by the poor when he won power in 2006.

But he alienated some by insisting on seeking a fourth term, in defiance of term limits and a 2016 referendum in which Bolivians voted against him being allowed to do that.

The government collapsed on Sunday after the Organization of American States (OAS) delivered a damning report on irregularities during the October vote, prompting ruling party allies to quit and the army to urge Morales’s departure.

With Morales’s deputy and many allies in government and Parliament also gone, opposition politician and Senate second vice president, Jeanine Anez, was theoretically in line to take the top job temporarily and said she would accept.

However, in a sign of the complex path ahead, Anez tweeted a memo from Morales’s MAS, which said she was part of a “coup” and that Adriana Salvatierra, the Senate leader who resigned on Sunday, should instead lead the transition.

“Don’t they know that the ex-President of the Senate publicly resigned?” she wrote.

It was not immediately clear if the session would occur or if it a majority of senators would go along. 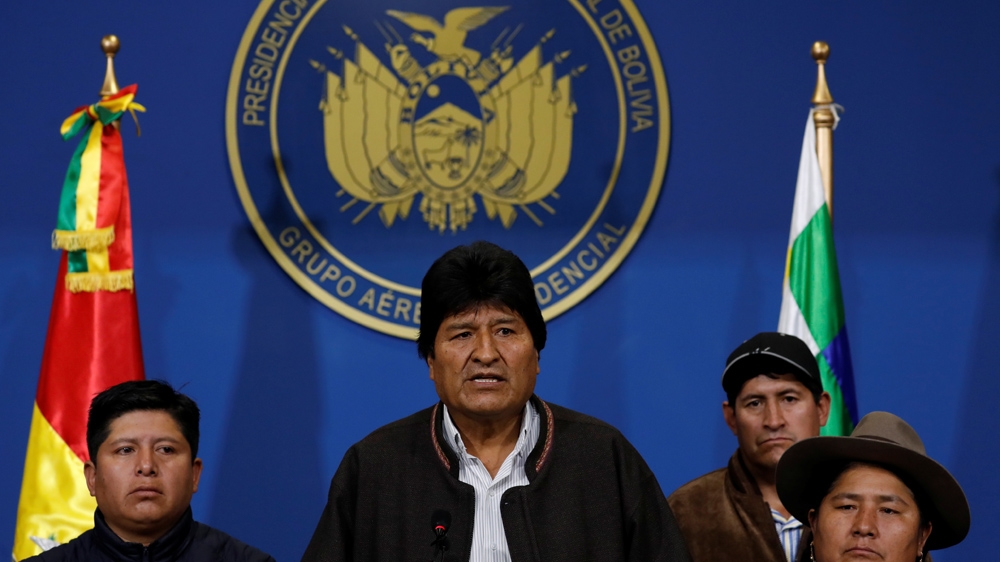 Morales called the developments a “coup” – a description echoed by his allies and others across the region worried at the military’s role in deciding who should be president.

But his critics said the resignation was caused by a popular revolt, not a coup.

“Academics and the press have been very critical of the Bolivian military. But this might be the only time in Bolivian military history that the military is on the right side for once,” said Eduardo Gamarra, a Bolivian political scientist at Florida International University.

“There’s nothing here that remotely mirrors a traditional military coup,” Gamarra told the Associated Press. “Perhaps this is a time that the military is playing a role that it should play. It’s not intervening in what are essentially civilian affairs.”

After US President Donald Trump on Monday hailed Morales’s departure as good for democracy, a US official said his administration had no objection to Mexico granting asylum to Morales, and hoped his departure could stabilise the situation in Bolivia, though much depended on Morales’s stance.

Paraguayan President Mario Abdo said on Tuesday his country had also been willing to grant political asylum to Morales, though he disagreed with accusations of a coup.

“If he resigned, it is not a coup. He resigned,” he said.

Morales achieved steady economic growth in one of the region’s poorest nations and was for many years hugely popular, but his successful legal challenge to a 2016 referendum stopping him running for another term brought accusations of autocracy.

His departure has added to a wave of unrest around Latin America, including in nearby Ecuador and Chile, where protesters have been berating leaders over social and economic inequalities.