THIS is the chilling final post of the Berlin “terror attacker” before he allegedly went on a bloody motorway rampage last night.

The 30-year-old Iraqi is accused of injuring six people in a series of car crashes in the German capital yesterday, which cops fear he carried out deliberately. 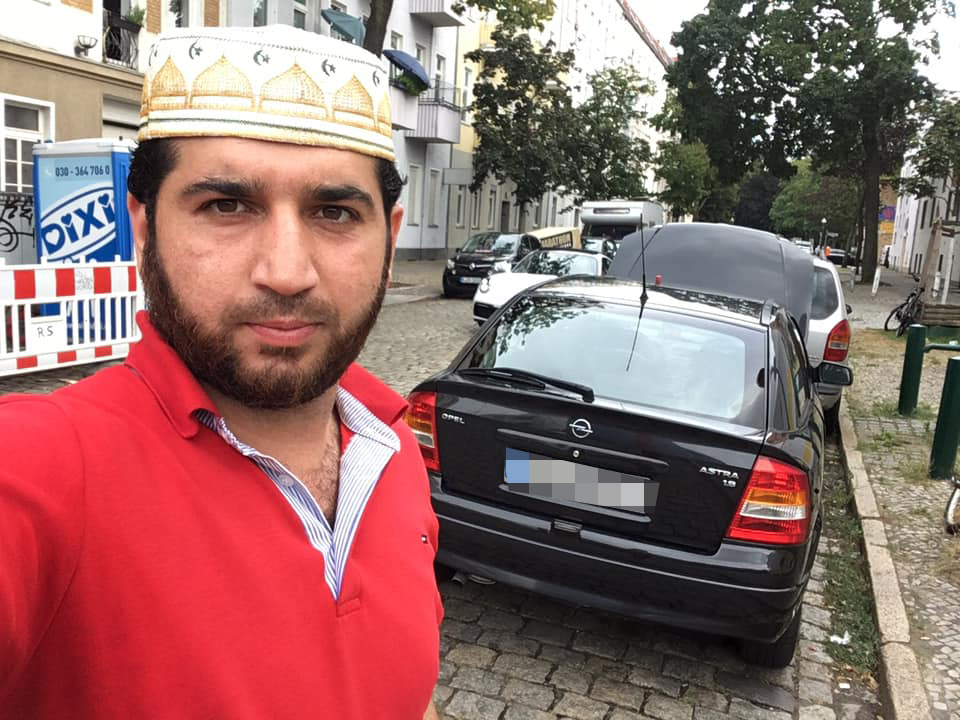 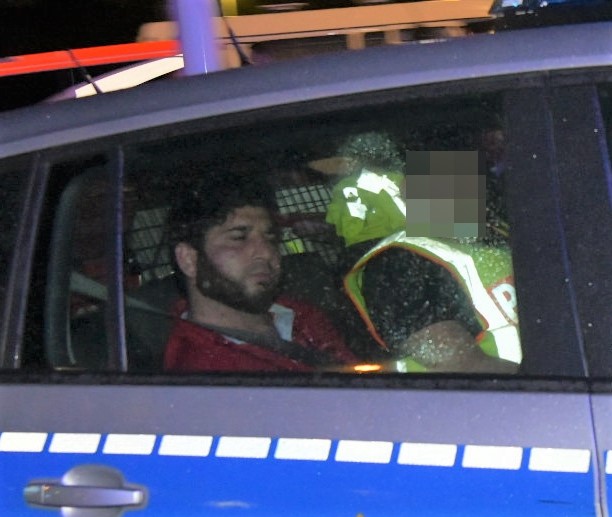 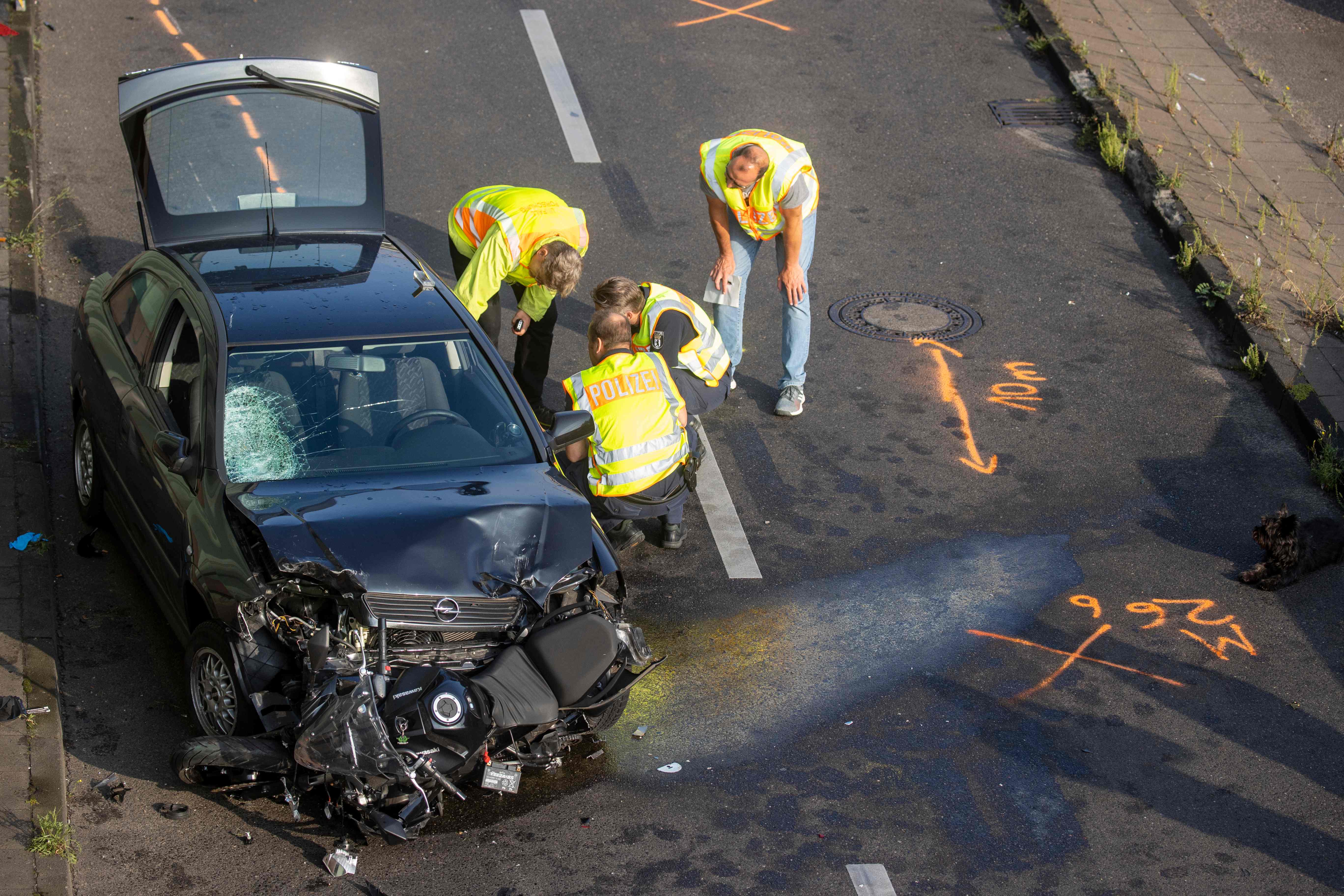 The terrifying spree is believed to have been an “an Islamist-motivated attack”, a spokesman told Focus magazine.

Martin Steltner, a spokesman for the prosecutor's office, said: "The man is suspected of having deliberately hunted down motorcycles."

The alleged driver – named only as Sarmad A. due to strict German privacy laws – left a haunting last Facebook post around three hours before the “attack”.

He posted a chilling image of himself standing next to an Opel Astra like the one used in the crash rampage.

Next to the snap he wrote a brief message praising God.

In another post around the same time he shared more images of the same vehicle.

Sarmad arrived in Germany in 2015, just months after finishing studying graphic design at the College of Fine Arts in Karbala, according to his social media.

One June 8, 2015, he posted a selfie, writing: “Praise be to God, I finished the last exam and finished the school year.”

Just three months later in September he shared an image of himself in Turkey, before being pictured in Germany later that month.

Many of his social media posts paint a picture of a normal young man, who enjoyed going out playing snooker with pals and riding motorbikes.

A profile on a dating site said he likes Kylie Jenner, pizza and Jack Daniels whisky.

In one post from November 2015 he even changed his profile picture to have a French flag filter – a popular symbol of solidarity with the victims of the Paris terror attacks by ISIS.

But other messages have a darker tone. 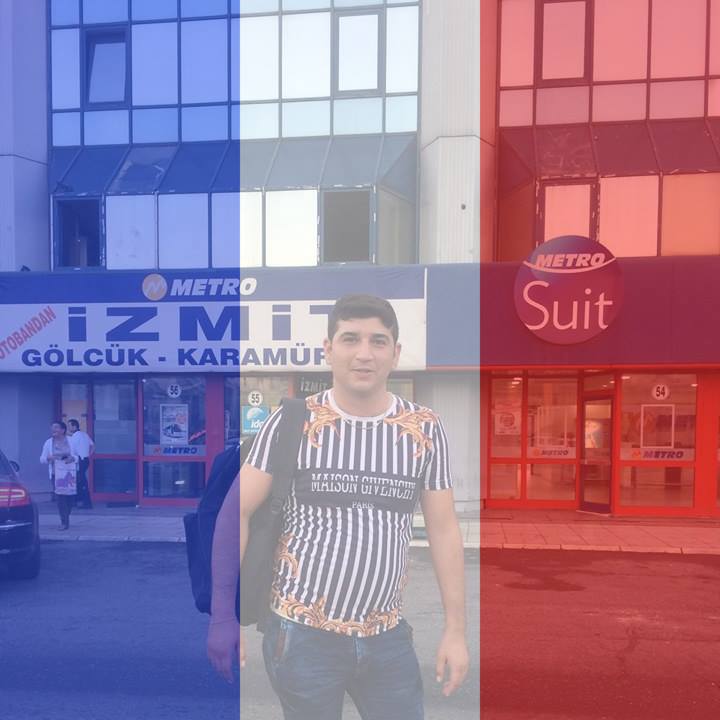 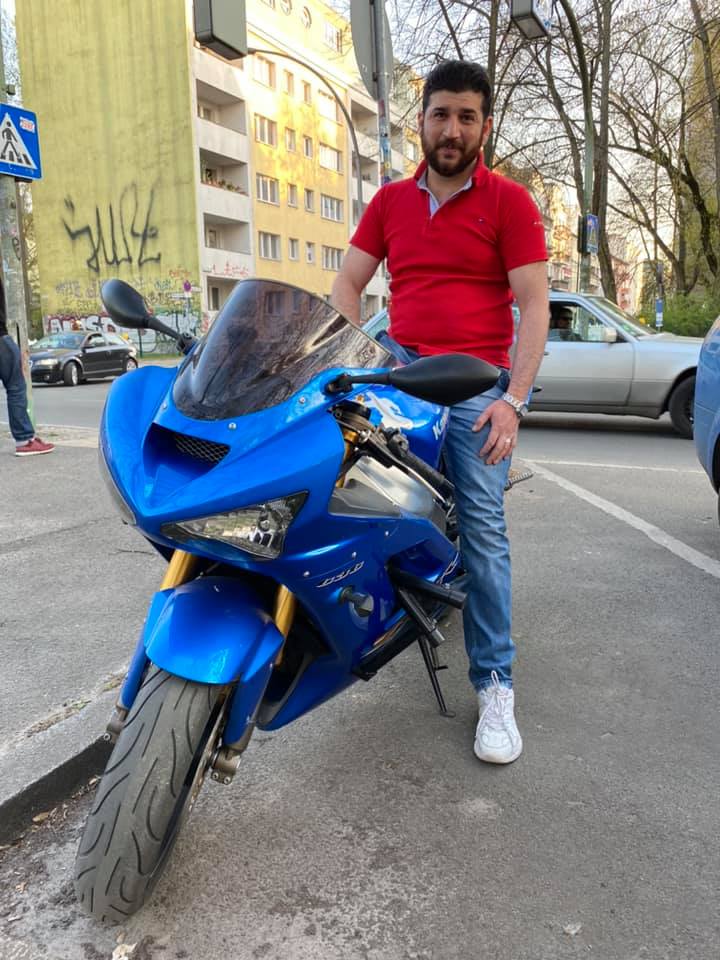 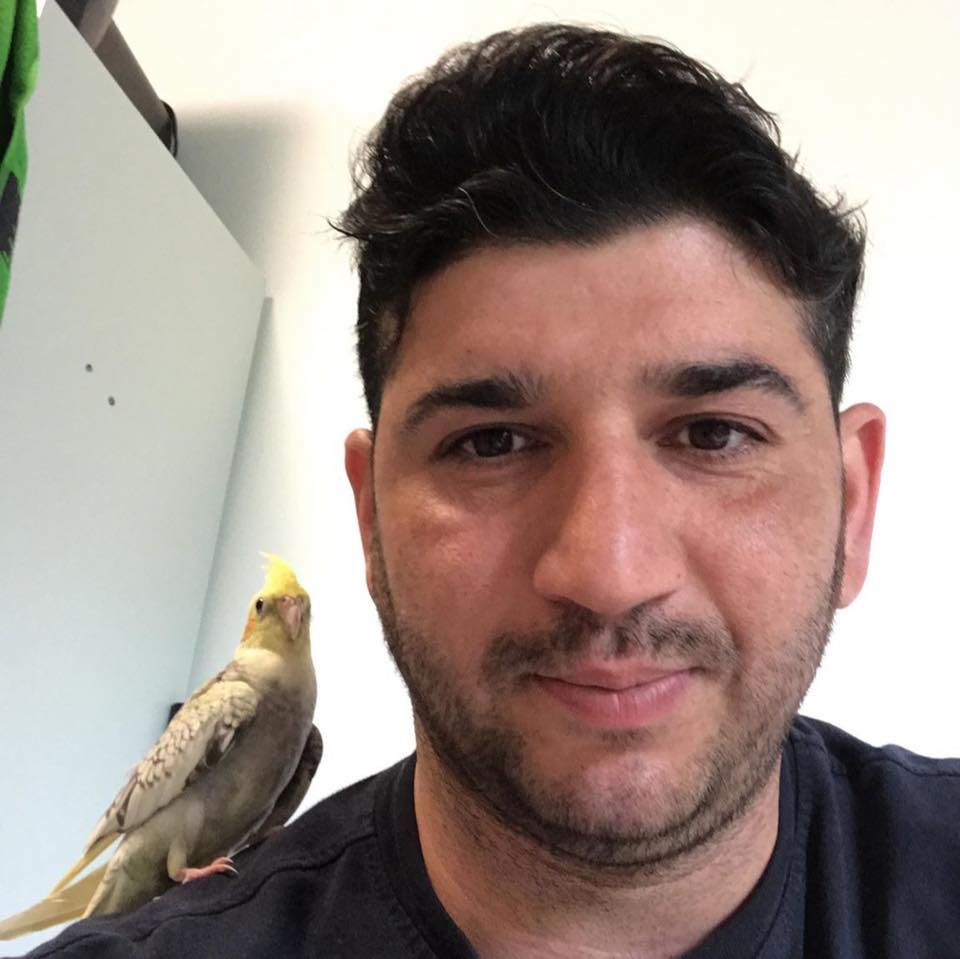 In one, he shared a picture of George Bush, writing: “This dog destroyed Iraq.”

Sarmad is alleged to have driven his Opel Astra into several vehicles including a number of motorbikes along a stretch of highway at around 6.30pm last night.

He stopped his car and put a box on the roof, claiming it had explosives inside, it’s alleged.

The 30-year-old began shouting "Allahu akbar" or "God is great", according to respected German newspaper Bild.

He then reportedly shouted: "Nobody comes closer, otherwise you will all die!"

The attacker then rolled out a prayer mat on the road and knelt down, according to Der Tagesspiegel.

Armed police were able to overpower him and detain him while bomb specialists found only tools in the box. 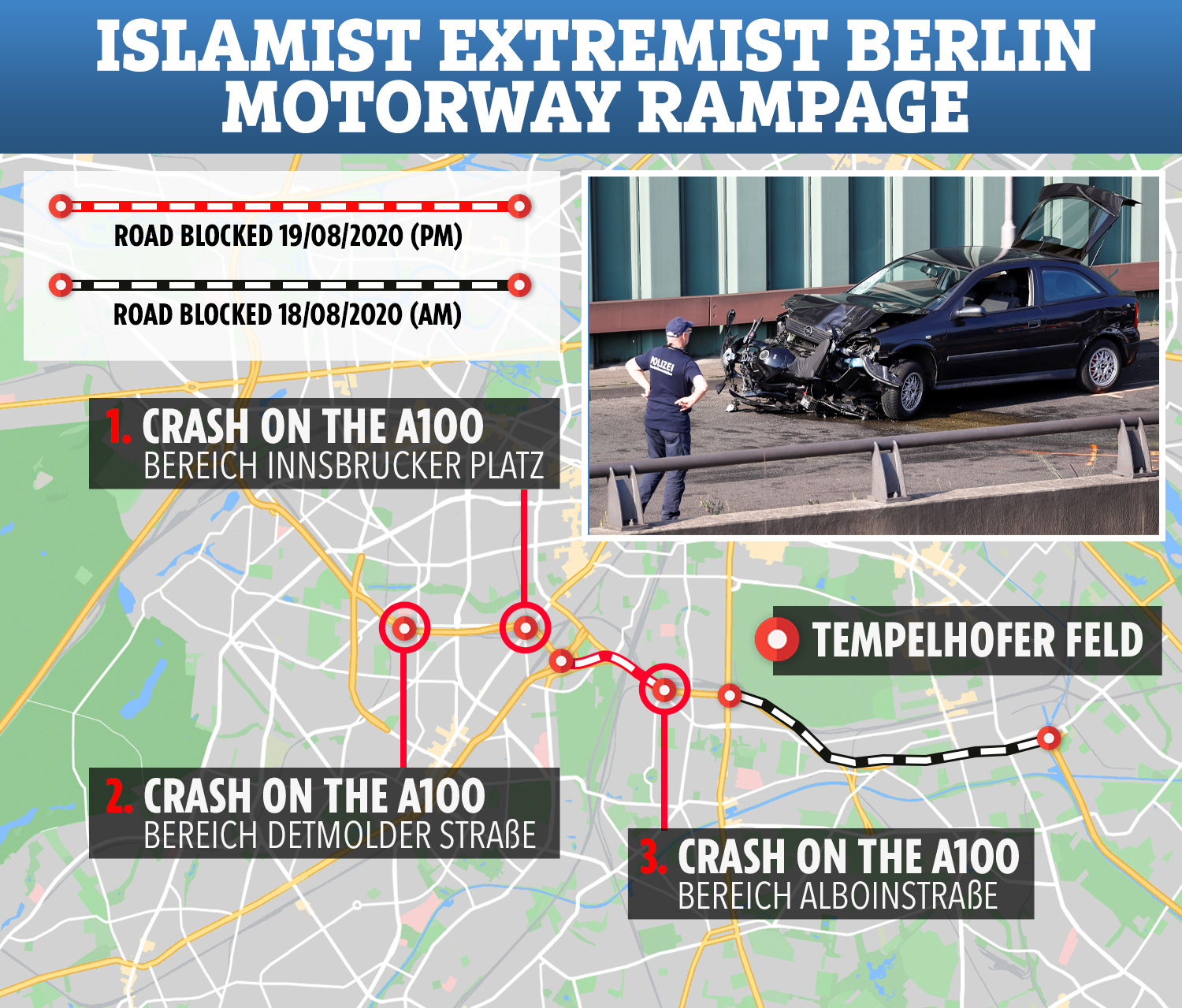 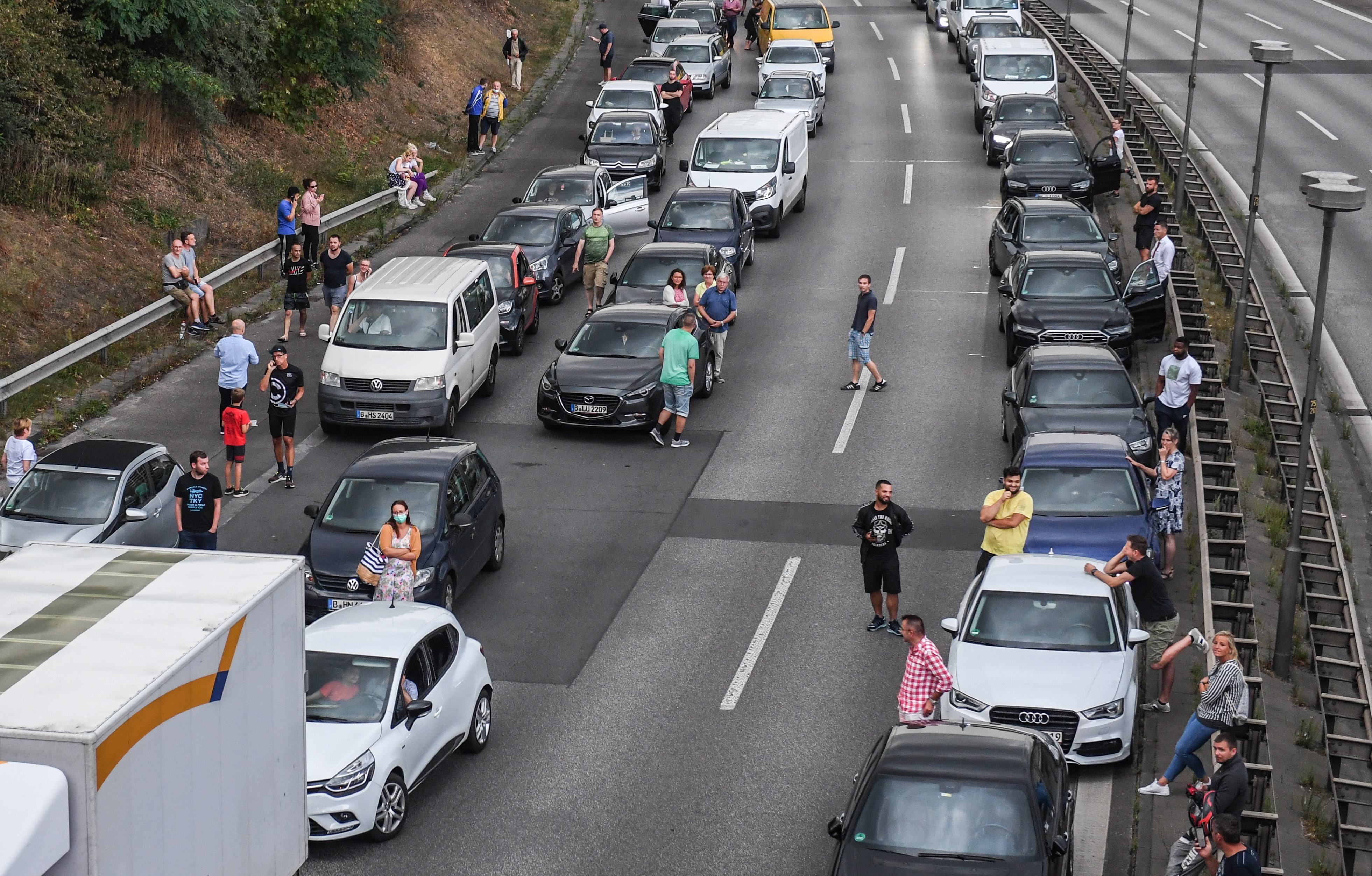 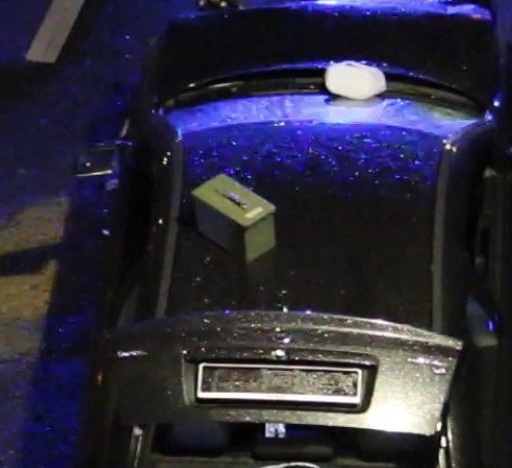 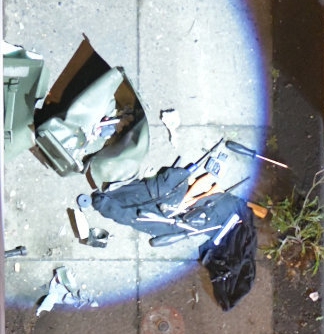 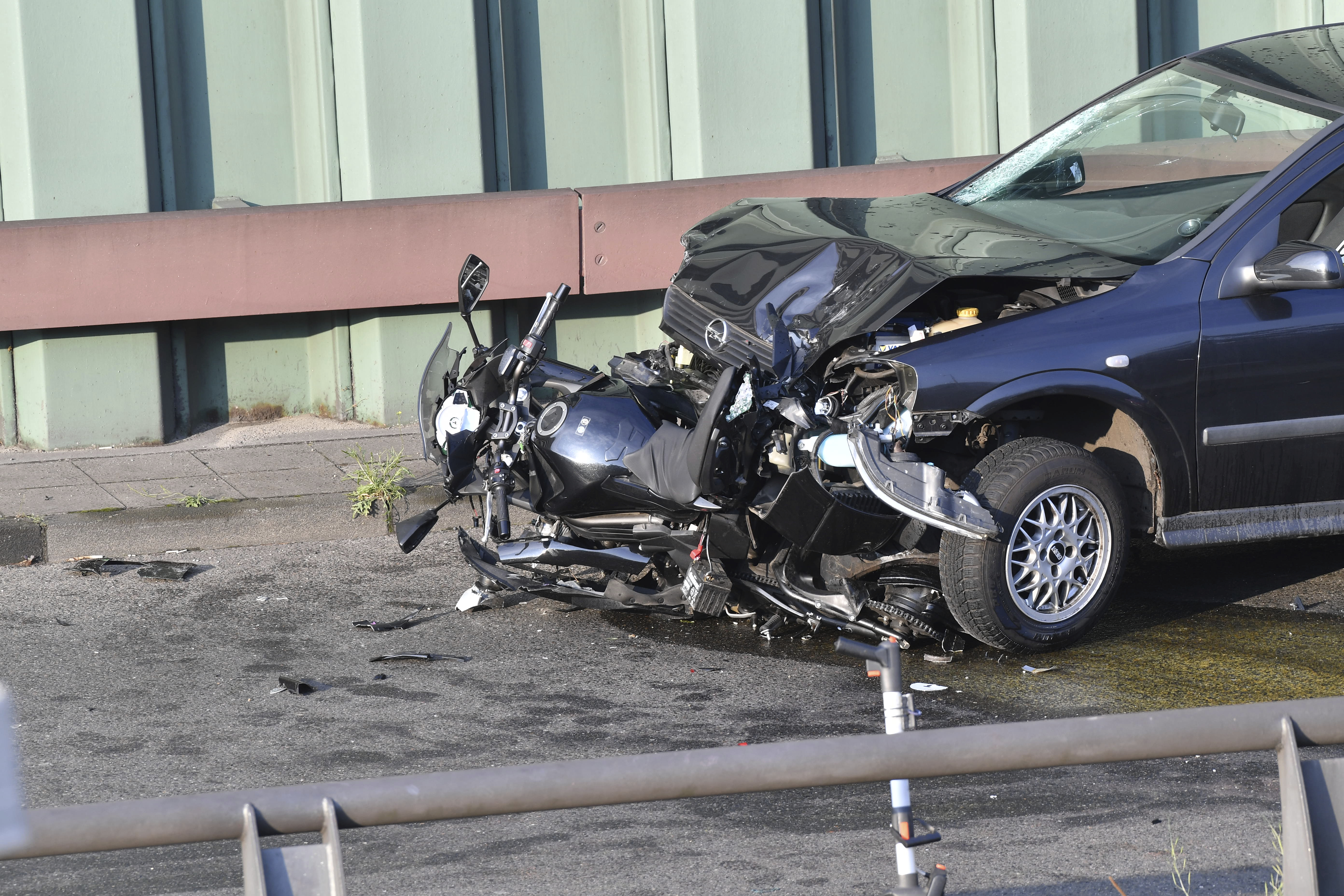 A traffic officer of Arabic descent bravely approached Sarmad and talked him away from the car – a move which directly led to his arrest.

Mr Steltner said: "The courage of the official was impressive."

Earlier today, a prosecutors' spokesman told Focus magazine: "According to the current knowledge, it was an Islamist-motivated attack."

Three people on bikes were injured including a fireman who is fighting for his life with severe head and spinal injures, Mr Steltner said in a statement today.

Another three victims were injured travelling in a car when a motorcyclist collided with them after being rammed by the extremist.

One bike user was run over at Detmolder Strasse, near a junction with the A100 motorway, Bild reports.

A scooter driver was also rammed at Innsbrucker Platz, around a mile east along the same road, and had to be revived by paramedics.

And another mile along the motorway, more motorbike riders were struck at Alboinstrasse.

The crashes at three different locations led to a complete closure of one of the main arteries of Berlin and led to long traffic jams with some 300 people stuck for hours.

This is not the first time Berliners have been terrorised by Islamic extremists.

In December, 2016, a Tunisian man rammed a truck into a Christmas market in the city killing 12 and injuring 56. 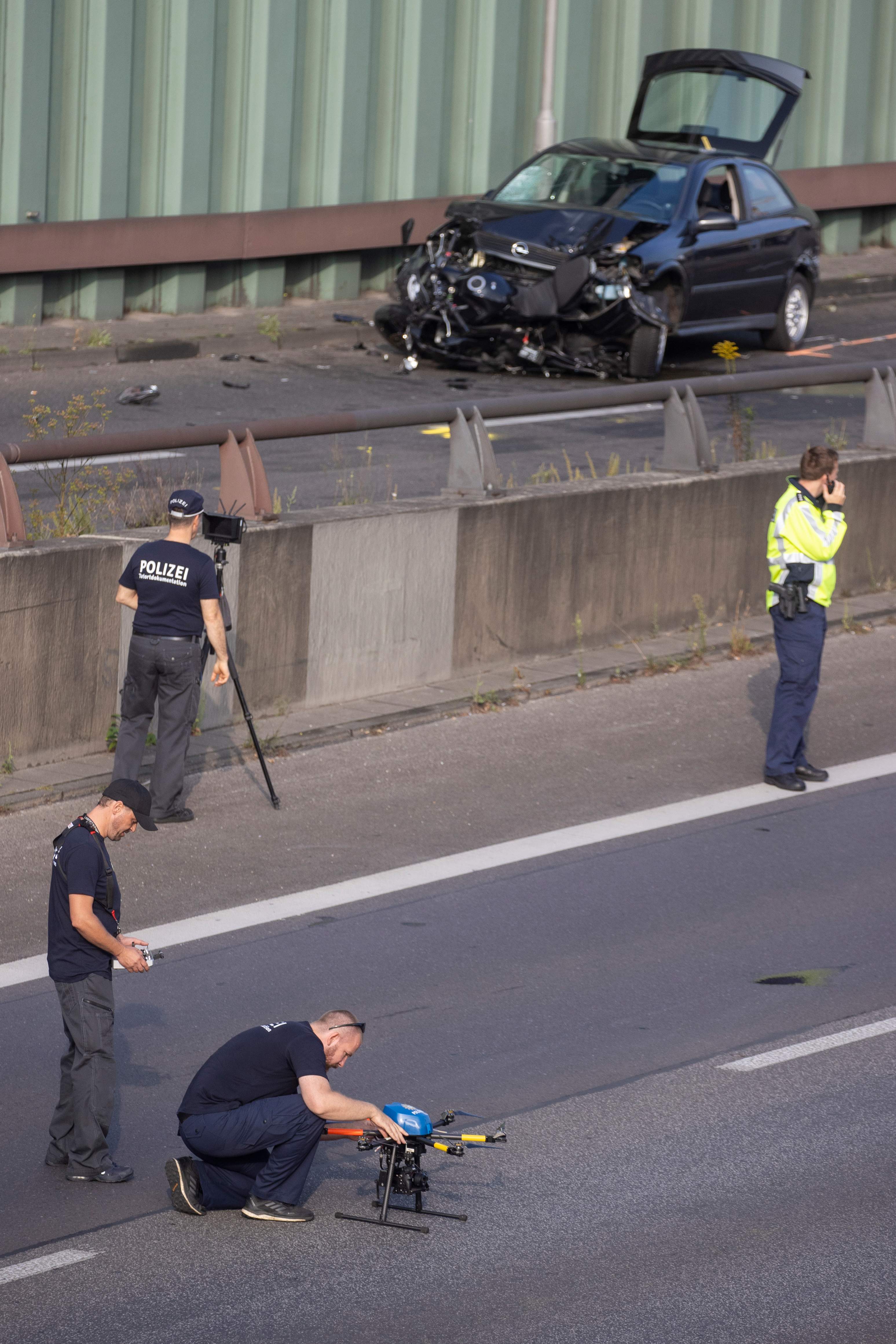 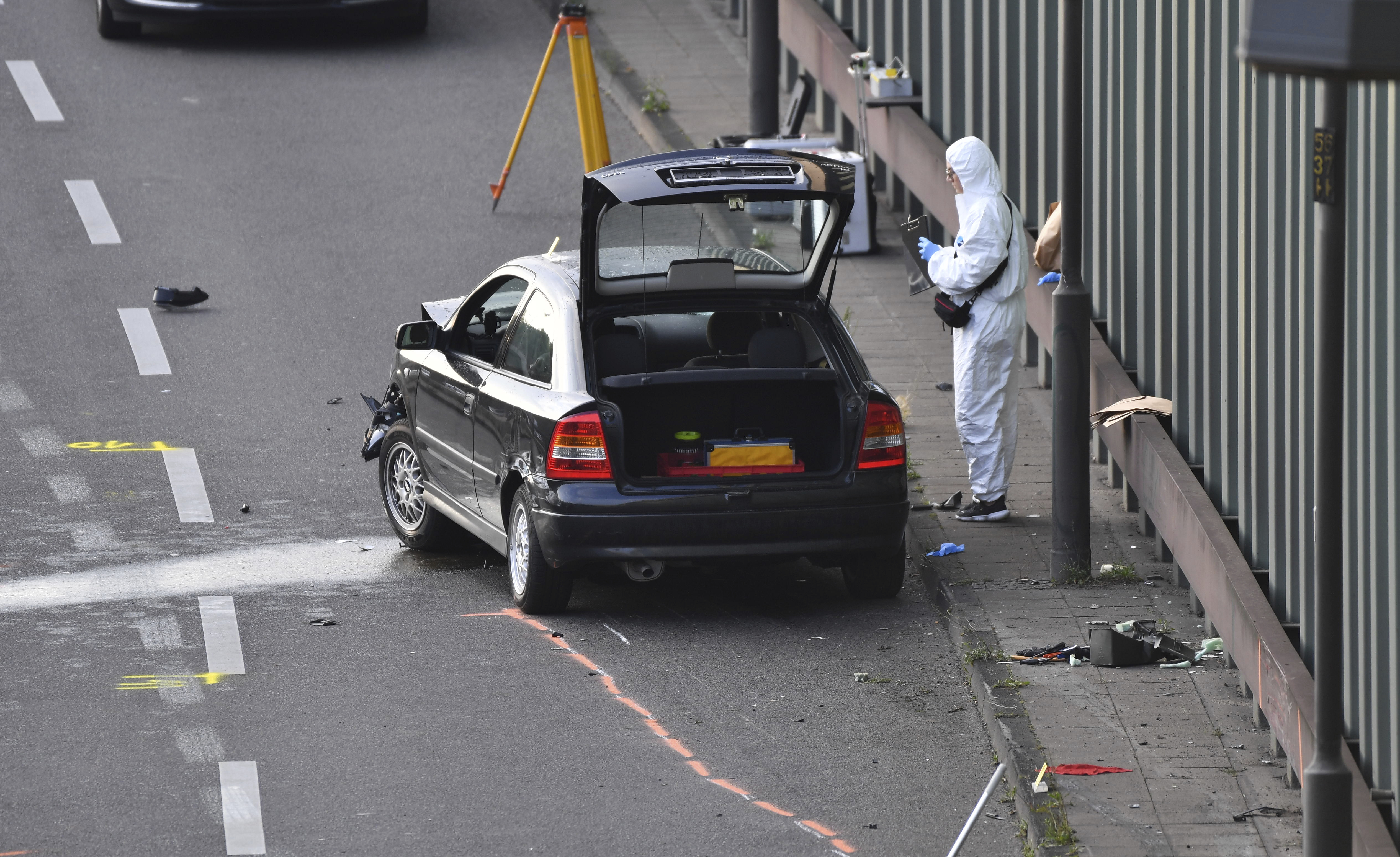 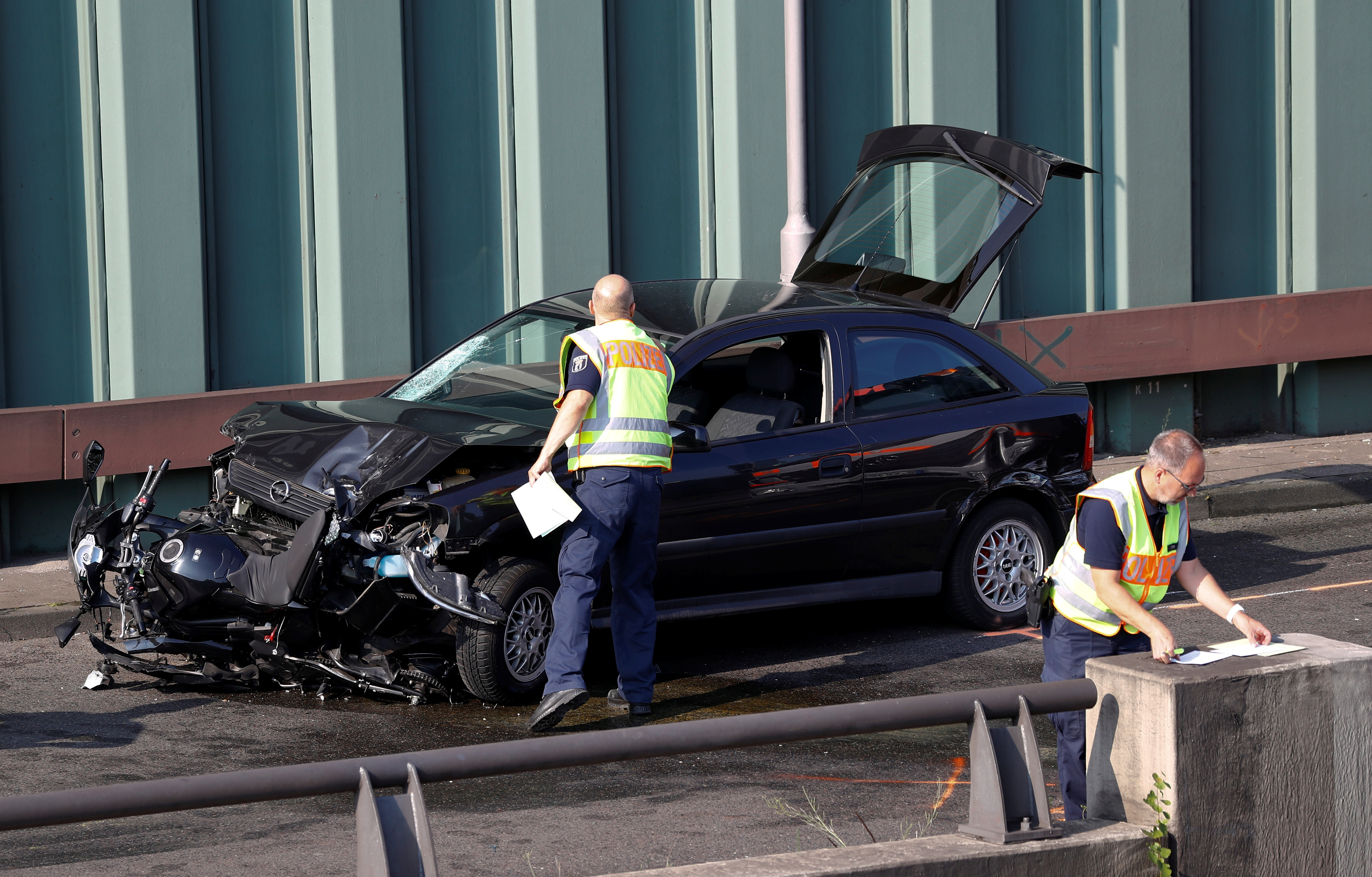