John Barrett, 71, says: “We’ve lived through many things in 20 years: wars, bombings, assassinations, and in 2006 our son was briefly captured by Hezbollah… who accused him of being an Israeli spy. “But this is the worst experience I’ve lived through.” The massive blast in Beirut’s port area, which has been compared to a small atomic bomb, killed 180 people and left 300,000 homeless as houses, businesses and vehicles were destroyed. As well as injuring 6,000 of the city’s residents, hundreds of animals were wounded or abandoned after a fire ignited 2,750 tons of ammonium nitrate, which then exploded with the force of 2,000 tons of TNT.

The ammonium nitrate – most commonly used as a fertiliser but also in terrorist bombs – had been left unclaimed after coming to Beirut by chance, on a Russian-owned cargo ship that was forced to dock there in 2013.

John’s charity Beta stepped in to help many victims who had been injured by shattered glass and flying metal when hospitals in the Lebanese capital became so inundated with casualties they could not treat them all.

He said as he cleaned up his own central Beirut home, which he says was “blown to bits” by the huge explosion.

“Our vets have been stitching up many people, as well as treating large numbers of wounded and abandoned animals.”

John, originally from Hook, Hampshire, has lived in Beirut for 20 years and says that people are still wandering the city’s streets looking for their missing cats and dogs, in the days since the explosion, which was so big it was heard 100 miles away in Cyprus.

“Pets were killed or trapped under debris or disappeared. Some ran off after being spooked by the blast.” 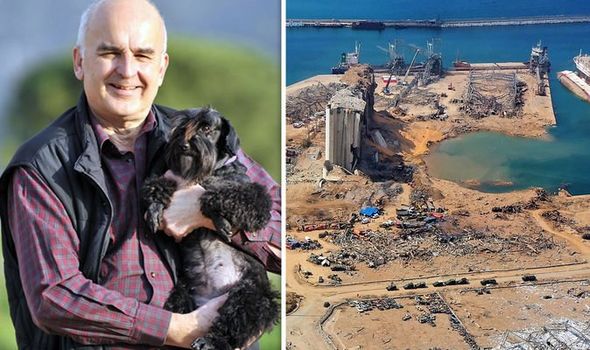 The businessman, an executive for an insurance company, founded Beirut for the Ethical Treatment of Animals to look after abandoned animals during the 2006 war between Israel and the terror group Hezbollah.

Feeding on food scraps given them by locals and breeding prolifically due to the warm climate, stray numbers swelled despite official population controls.

Beta now has a team looking after 850 rescued dogs, 235 cats, three horses, a donkey and a monkey at the country’s largest animal sanctuary, as well as working with two clinics, the Vitallia Animal Hospital and the Animal House Hospital, on the outskirts of Beirut.

John says: “Mercifully, our sanctuary itself is up in the mountains and was not affected by the blast but we have been using the clinic and vehicles to help both pets and people who were injured.

“We were seeing lots of injured animals, who had legs blown off or had glass injuries, but we couldn’t turn away the people who had serious cuts to their legs, bodies and faces.”

Many casualties struggled to get treatment because as many as half of Beirut’s hospitals and medical clinics were put out of action due to damage, a lack of supplies or being overwhelmed by patients. 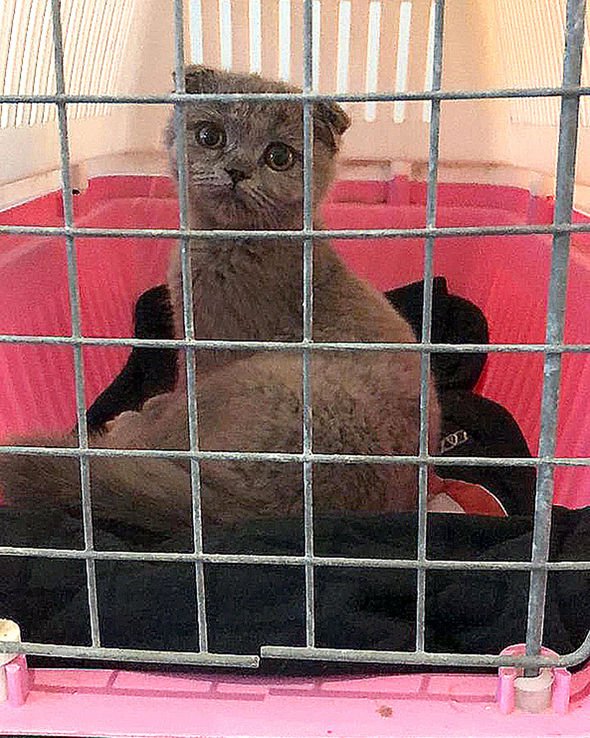 Beta’s Facebook page has 92,000 followers and now features “appeals for those who have lost their dogs or cats, or animals which now have nowhere to go as their owners have died”.

Sevine Fakhoury, one of the charity’s Lebanese board members, said dozens of abandoned pets found after the blast had since been placed in foster homes, in case their owners get in touch.

The charity also has groups of volunteers checking on the many stray cats and dogs that roam the capital’s streets.

Many street kittens have been abandoned near the port as their mothers were killed by the shockwave from the blast while they were out scavenging. The Animal House Hospital clinic in Zalqa, east of Beirut, treated at least 30 animals who were burned or hit by flying debris.

One cat found in the neighbourhood of Achrafieh, about a mile from the port, “received a head trauma and now keeps turning in circles,” Ms Fakhoury said.

Another suffered fractures after being crushed by a falling door, while another was badly gashed by flying glass, although they are both recovering after treatment.

Meanwhile, the Barretts’ home has been all but destroyed. A former warden for the British Embassy in Beirut, John and his wife Viola’s apartment was “completely smashed” by shockwaves from the blast and at least three of their neighbours died.

The couple, who have been married 46 years and have two children and three grandchildren, were left bleeding and dazed, although they were not seriously injured.

He said: “The apartment was blown to bits, broken doors all blown off… electrics gone, hanging light fixtures, ceilings collapsed, broken glass everywhere and blood stains on the floor.

“All of our possessions, from the family china, picture frames to the windows, floors, and chairs, are all smashed.” 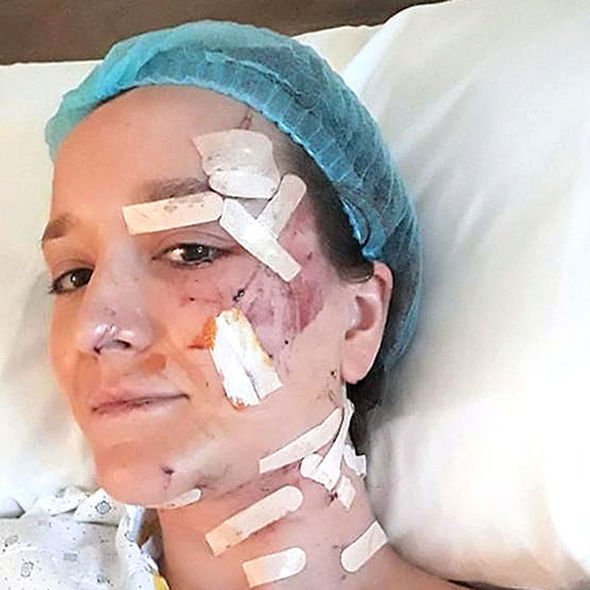 Their son Glyn, 44, a professor at Reading University, and daughter Hyesha, 41, who lives in Oman, were in touch as soon as they heard the news.

John says: “They were very concerned, and we had lots of calls from friends and neighbours offering us a place to stay.”

Despite this, the couple decided to remain in their broken home and clean up.

“Besides, we have all these animals to look out for,” John said.

In addition to feeding locally orphaned animals, the couple have a dog and two cats, which were so traumatised that they hid under the bed for two days.

The United Nations has warned of an imminent humanitarian crisis in Lebanon, which earlier this year suffered a political and economic crisis that has left half the population in poverty, even before the explosion.

Beta aimed to neuter selected street animals so their numbers could be controlled rather than by culling. “But we also see large numbers of abandoned pets, especially since the financial crisis means that people cannot afford to look after them,” he said.

“Lebanese follow fashion and have acquired puppies, kittens and other animals who then get rejected when they are too expensive or too much trouble.”

Britain is sending at least £25million and a group of medics to help, while the Royal Navy’s survey ship HMS Enterprise is assessing the damage.

Britain’s International Development Secretary Anne-Marie Trevelyn said that the disaster had, “left people without homes, medical care and wondering how long it will be until the country’s food supplies run out”.

Among those injured in the blast was Val Fakhoury, 65, from Darlington, County Durham, who has lived in Beirut for 26 years.

The teacher at the city’s American Community School was enjoying a meal with her daughter Celia and granddaughter Zahra, 8, at a hotel restaurant close to the seafront overlooking the Mediterranean Sea. She suffered several cuts to her face from flying glass and crockery as the restaurant’s windows were blown in. “Usually we sit beside the window but this time Zahra wanted to sit in a cosy corner and thank goodness we did,” she said.

Along with the rest of the country, Beta is facing a cash crisis due to soaring inflation, and appealed to Express readers for donations.

Sevine Fakhoury said: “Our plans to move to a new shelter have been shelved due to the coronavirus pandemic and now this explosion, and we are going to need a serious injection of funds to survive.”

John said: “Every morning now, I wake up and think, did it really happen? I’m shell-shocked for the first time in my life, and I thought I’d seen so much.”