After scenes of “devastating flooding” earlier in the week from parts of Italy and France, concern has transferred to the Balkans for Wednesday, according to BBC meteorologist Susan Powell. A developing weather system will bring some rain into the south of France first thing on Wednesday and across the Alpine region. The BBC presenter warned that it will then extend across the Balkans.

She told viewers: “This will produce a lot of rain in a short space of time.

“Ahead of that, to the east, temperatures will still be above average for Greece, Turkey and Romania on Wednesday.

“We will continue with some fine weather – 26 degrees in Bucharest.

“As the rain comes down though, so will the temperatures across the Balkans.” 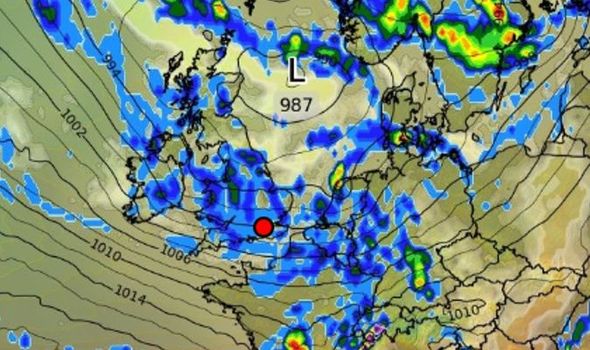 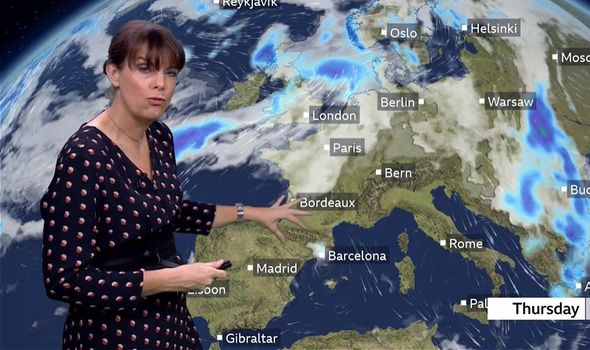 Ms Powell continued: “They’ll be generally on the cooler side across the northwest of Europe for the next few days.

“There’ll be some warmth and sunshine though for Iberia and the Balearics on Wednesday.

“If anything, conditions will perhaps settle down a little across central Europe on Thursday.

“The area of low pressure will push further eastwards.” 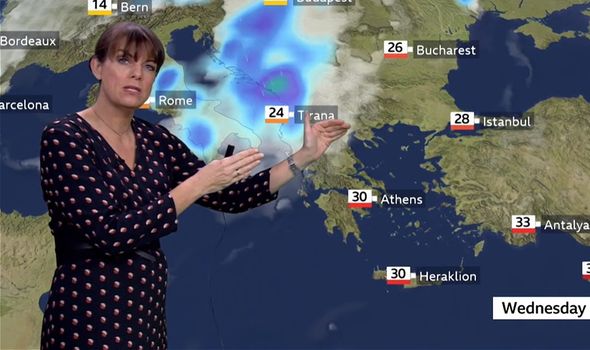 The weather presenter added: “That will result in a drop in temperatures.

“For example, Bucharest will reach just 19 degrees with the wet weather on Thursday.

“To the northwest, it looks very unsettled throughout the remainder of the week on into the weekend.” 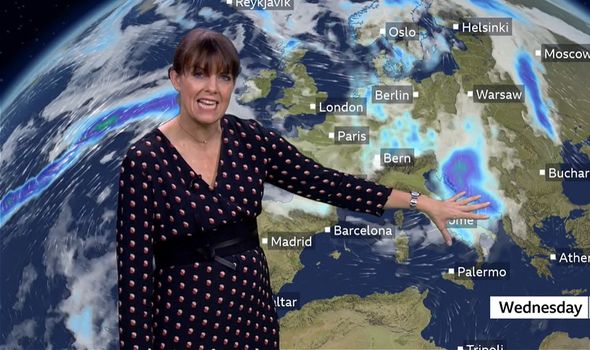 Ms Powell said: “Spells of wet and windy weather are to come.

“These will push all the way across into Scandinavia.

“It looks unsettled for the UK and at least the northern half of France.

“There’s a possibility of the unsettled weather extending further south.

“It will be cooler for Sofia and Bucharest with that rain around.”