Our live coverage of the extreme weather is free for all readers. Please consider supporting our journalism with a subscription.

‘We keep getting wiped out’: Clean-up begins as east coast low moves on, but residents are angry

The road through Shanes Park, in Sydney’s west, is usually lined with paddocks, chickens and a variety of farm animals. But since Friday, water, floating mattresses, milk bottles, car parts and bins line the street. It’s a sight that has become all too familiar for resident Suzette Turner, who said the area has been hit by four floods in the last two years.

The water now sits at the top of their double-storey house and she’s confident they’ve lost everything. This time was different from the previous floods. This time, Turner said, there was limited assistance from the emergency services, and delayed evacuation orders that not everyone in the community received.

For its part, the NSW SES says its resources are stretched but that it has thousands of volunteers and rescue teams responding to the flooding event, bolstered by additional interstate support.

Nick Kyrgios will chase a career-best grand slam semi-final berth at Wimbledon despite confirmation the tennis star will face court in Australia next month accused of assaulting his former girlfriend.

Tournament organisers declined to comment on the allegations on Tuesday, citing legal proceedings, but have confirmed the 27-year-old remains scheduled to meet Chilean Cristian Garen on court one on Wednesday evening (AEST). 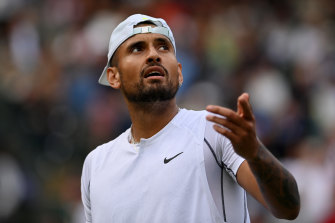 “We are in touch with Nick’s team and he remains scheduled to play his quarter-final match tomorrow,” an All England Club spokesperson said.

Kyrgios has been summoned to appear at the Australia Capital Territory Magistrates’ Court on August 2 on an allegation of common assault against Chiara Passari. The charge carries a maximum jail sentence of two years.

ACT Police said in a statement on Tuesday evening that the allegations related to an incident in December last year, which Kyrgios’ barrister says was “in the context of a domestic relationship”.

Ranked 40 in the world, Kyrgios needs just one more victory to reach the final four at any of the sport’s four majors for the first time.

Banks are being urged to deliver the nation’s army of savers an increase in their interest rates to help offset some of the pain facing borrowers after the Reserve Bank again tightened monetary policy with the promise of more to come. 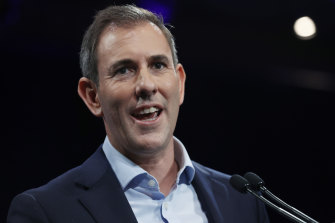 As Treasurer Jim Chalmers said the country was strong enough to withstand a second consecutive 0.5 percentage point increase in official interest rates, economists said the RBA would push ahead with a similar lift when it meets again in August.

The bank took the official cash rate to 1.35 per cent following its Tuesday board meeting. It has lifted the cash rate by 1.25 percentage points in the last three months, the most aggressive tightening of monetary policy since 1994.

Chalmers said the hike will be felt by “hardworking Australians” as they face higher costs, with more pain to come as the NSW flooding is predicted to add even further pressure to grocery prices.

‘A question of when’: Albanese backs fourth COVID shots as workplaces slammed

Prime Minister Anthony Albanese has backed state government calls to give more Australians access to a fourth COVID vaccine dose, saying it’s only a question of when those under 65 become eligible. 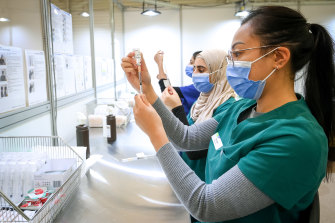 Albanese backs the widening of a fourth dose of the COVID-19 vaccine.Credit:Eddie Jim

The nation’s vaccine advisory body, the Australian Technical Advisory Group on Immunisations (ATAGI), will consider fourth doses at its meeting on Wednesday, while the nation’s drug regulator, the Therapeutic Goods Administration, will on Friday consider giving final approval for vaccines for children under five, who have so far been ineligible for any doses.

The prime minister intervened in the debate shortly after he returned to Australia from his NATO trip, following petitioning from NSW Health Minister Brad Hazzard and Victorian Premier Daniel Andrews to widen the eligibility criteria.

The call comes as one of Australia’s top pandemic advisers warned that the impending winter wave of Omicron could be the worst COVID-19 outbreak the nation has ever seen.

“I know that the authorities including ATAGI are looking at that [approving a fourth jab]. I think it’s a question of when rather than whether it will happen. We need to make sure that people continue to keep up their vaccinations,” he said.

Good morning and thanks for your company.

It’s Wednesday, July 7. I’m Timna Jacks and I’ll be anchoring our live coverage for the first half of the day.

Here’s what you need to know before we get started. 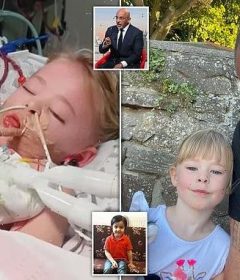