Archaeology breakthrough: How ‘piece of Mayan genius’ was discovered in lost city

The Mayans were a civilisation known for their architecture, mathematics and astronomical beliefs, who date back as far as 2000BC, with many of their impressive constructions still standing in the jungles of southeast Mexico, Guatemala, Belize and western parts of Honduras, Belize and western parts of Honduras. In southern Mexico stands the Mayan city of Palenque, which dates from 226BC to 799AD and remained hidden for some 1,000 years. After its decline, it was absorbed into the jungle of cedar, mahogany and sapodilla trees, but has since been excavated and restored.

However, this astonishing city was actually first discovered in the 19th-century, lost documents showed during Amazon Prime’s “Secret of Archaeology”.

The 2014 series revealed: “Archaeologist John Lloyd Stevens wrote these words in his diary on May 11, 1840, about his expedition to Mexico.

“He wrote: ‘In the history of the world, nothing impressed me more than the sight of this big and attractive city, now barren and lost.’

“Stevens had set off many months earlier on the tracks of stories about cities hidden in the wild, tropical jungle, and people who had mysteriously disappeared. 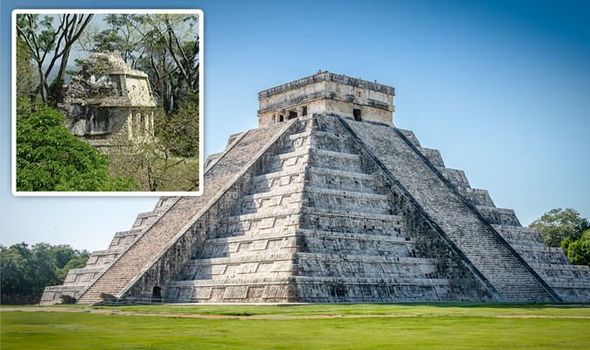 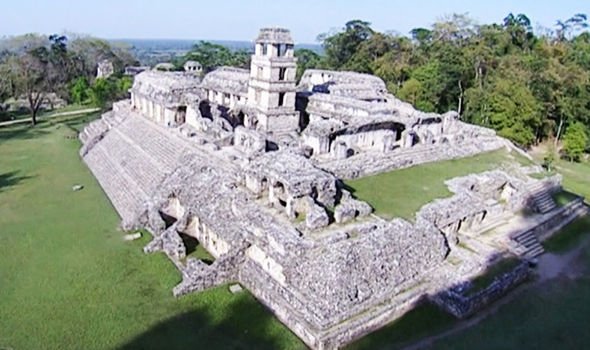 “His journey through uncharted terrain must have been difficult, with scorching temperatures and thick vegetation.

“Although on previous trips he had examined Egyptian pyramids, ancient monuments in Italy and Greek temples in Athens, it was here in the jungles of Central America that he was overwhelmed by an intense feeling of astonishment.”

The documentary went on to detail one of his discoveries.

“At the time of its slender, Palenque covered an area of over six square miles, with a population of tens of thousands.

“The most important structures date is from the period between 630 and 700AD, when K’in Pacal and his son, Chan Balum, ruled the kingdom. 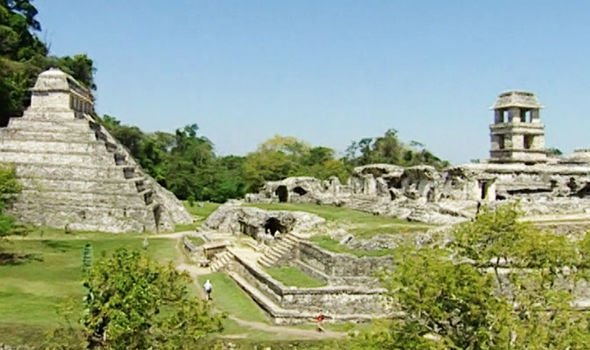 “The palace, the home of the royal family, was erected int he city centre on a 33-foot-high platform.

“But in reality it was just a group of various building built one against the other.

“In its own way, though, it was an architectural masterpiece, with cellars chambers and rooms with rather low ceilings, arranged around a courtyard.”

However, there were more impressive finds.

The series added: “The bas reliefs that decorate the walls are still striking today, even though many of the colours have almost completely faded. 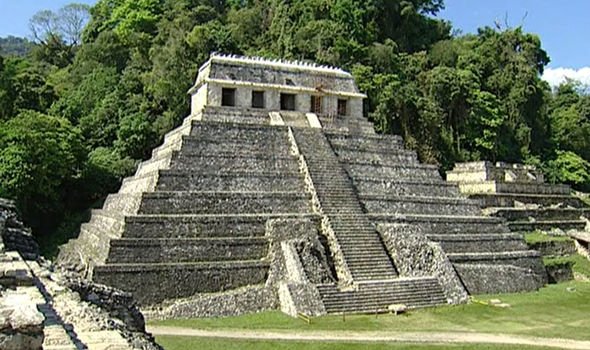 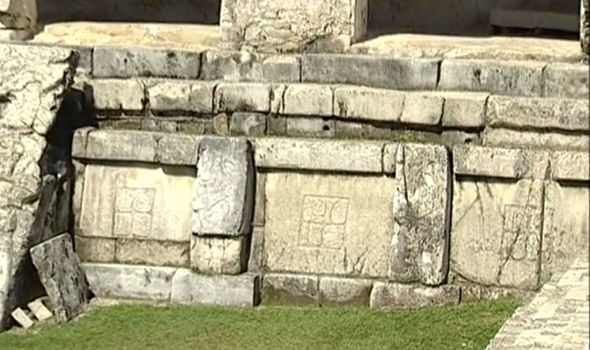 “Some glyphs, the round figured ideograms which Maya writing is composed of, were carved into the steps of the middle court.

“Along the walls, stone plates were decorated wit  images of prisoners who must have been high-ranking officials judging from their rich garments.

“From the western-side of the palace is a full view of the majestic temple of the inscriptions.”

Many years later though, the real piece of architectural genius was uncovered.

The series continued: “In 1952, archaeologist Alberto Ruiz made an incredible discovery inside, a deep passage, or king of tunnel that penetrated the pyramid.

“The tunnel had been blocked for centuries by tonnes of earth and stones, so the descent into the depths of the structure was difficult and dangerous.

“After months of digging, Alberto Ruiz descended the entire length of the tunnel, he reached an underground room where he discovered a great sarcophagus containing the tomb of King K’in Pacal who lived at Palenque in 700AD.”