Adam Peaty’s ‘Olympic Nan’ Mavis, 78, ‘closed her eyes’ because she was too nervous to watch her swim star grandson win gold for second time

Adam Peaty’s grandmother has described the heartwarming moment she watched him become a double Olympic champion at the Tokyo Games – all the way from her living room in East Staffordshire.

Mavis Williams, 78, said she burst into tears when her grandson swam to victory in the 100m breaststroke on Monday, claiming his second gold Olympic medal.

The ‘proud’ retiree, who lives in Uttoxeter, said she had to close her eyes when he jumped into the water because she was so nervous.

‘I had a text from him saying “I wish you were in the stands”, and it just made me get a lump in my throat,’ Mavis told ITN, before welling up once more.

‘My stomach went all over, and when he got on the blocks and was going to go in, I closed my eyes, I dared not look.

‘And when they said double Olympic champion i just burst into tears.

‘I was so proud, I can’t even tell you how proud I was, and why I cried I just don’t know.’ 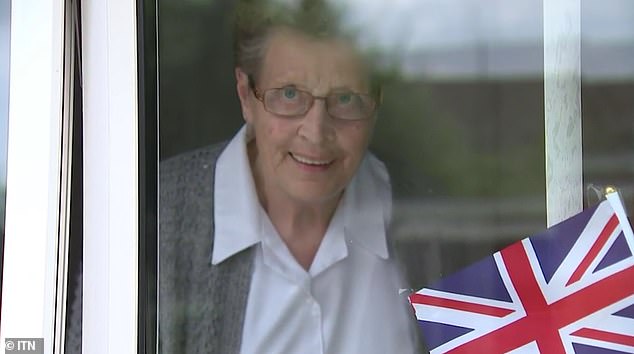 Mavis Williams (pictured), 78, said she is ‘so proud’ of her grandson Adam Peaty after he won the gold for 100m breaststroke at the Tokyo Olympics Monday 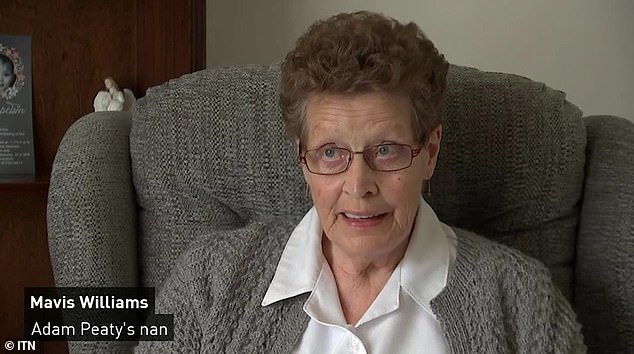 ‘Proud’ retiree Mavis, who lives in Uttoxeter, said she had to close her eyes when Adam jumped into the water because she was so nervous 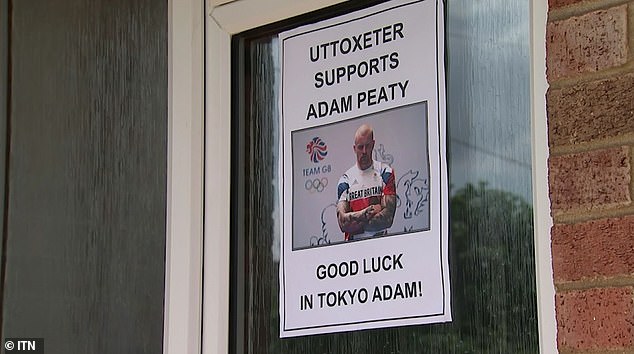 Mavis has plastered flyers on the outside of her house which read: ‘Uttoxeter supports Adam Peaty, good luck in Tokyo Adam!’, alongside a picture of the Olympic champion.

The beaming gran said she phoned her daughter following Adam’s victory – who told her to have a shot of whisky.

Mavis said: ‘So I phoned my daughter and she said “make yourself a cup of tea, put a tot of whisky in a go to bed.”

Peaty is the first British swimmer to defend an Olympic title after winning the same event in Rio in 2016.

It comes amid a stellar day at the Games for Team GB, which has seen three golds and two silvers.

Meanwhile in taekwondo, Lauren Williams took silver after a closely fought loss to Croatia’s Matea Jelic in the final of the women’s -67kg.

And Britain’s Alex Yee brought home a silver medal in the triathlon event.

The so-called ‘Magic Monday’ has left Great Britain fifth in the medals table.