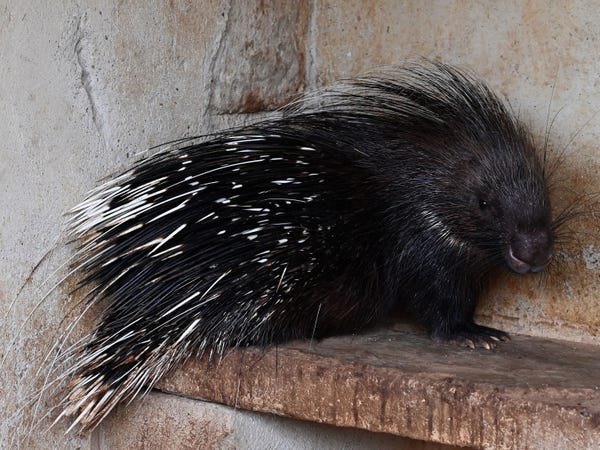 Two police officers in Maine have been fired and criminally charged after an investigator's report alleged they beat and killed about 11 porcupines with their "retractable batons" while on the job, according to The Courier-Gazette.

The two officers from the Rockland Police Department — 27-year-old Addison Cox and 30-year-old Michael Rolerson — were charged with aggravated animal cruelty and a misdemeanor for night hunting after various investigations into the incident, the Courier-Gazette reported.

Cox also faces a charge of unlawful use or possession of implements or aids, while Rolerson faces a charge of illuminating wild animals or birds, according to the outlet. Both officers reportedly filed grievances opposing their termination with the backing of the Teamsters union.

Police Chief Chris Young said in a statement September 30 that he couldn't detail incidents that involved the officers, particularly while the department pursued an investigation into unspecified allegations.

"A tremendous amount of power is given to those who wear a badge and are tasked with protecting their communities; it's a power that I do not take lightly," Young wrote in the post. "I'm asking you to trust that, if there were an allegation of police misconduct, I would take it very seriously and any investigation would be conducted appropriately, always placing public safety and community trust at the forefront."

An additional officer, Kenneth Smith, was placed on administrative leave for recording and posting a video of Rolerson "killing a porcupine," on Snapchat, the Courier-Gazette reported.

The report said that footage published in June showed Rolerson allegedly beating a porcupine using his baton and saying, "I got him." A picture of the dead animal was posted shortly after, according to the outlet.

A fellow officer reported the incident in August, telling her supervisor that "Officer Rolerson not only chased the animal into the woods to kill it, but returned with a smile on his face and appeared as though he enjoyed it," according to the Courier-Gazette.

A district attorney told CNN that the two officers are scheduled to appear in court in November. The network reported that neither man has entered a plea yet.

Trump tells Fox News he had 'congestion' in his lungs, giving a small window into his COVID-19 infection