WASHINGTON (Reuters) – Showing signs of compromise, the White House signaled on Sunday that talks to reopen the federal government could produce a deal in which President Donald Trump moves away from his demand that a proposed barrier along the southern border be a concrete wall. 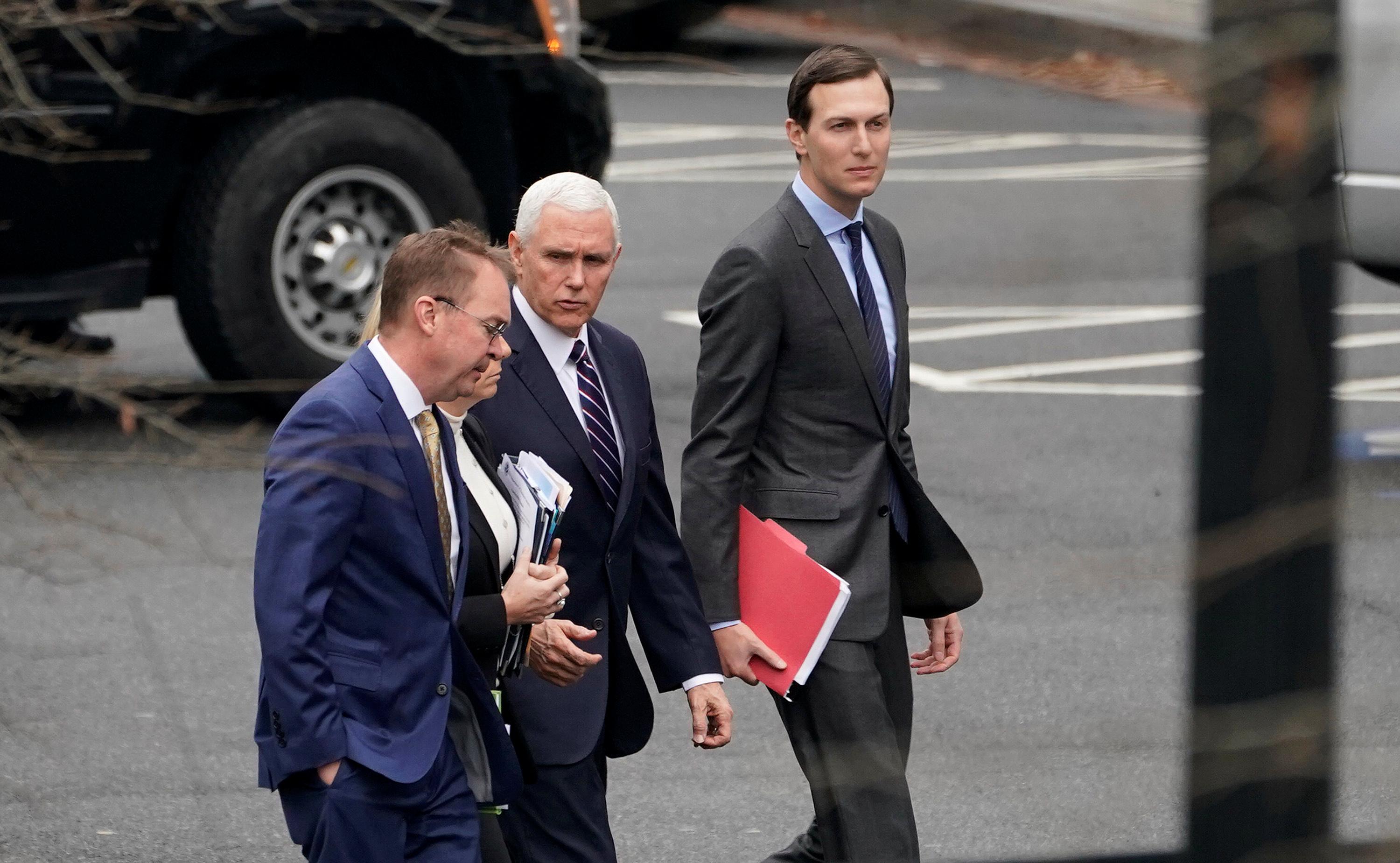 The possible concession, which comes days after Trump had floated a barrier of steel instead of a concrete wall, came even as a top official warned that the shutdown, now in its third week, could “drag on a lot longer.”

Trump, speaking to reporters outside the White House on Sunday, repeated his threat that if he is unhappy with negotiations in a few days, he could declare a national emergency and use the military to construct a wall, circumventing Congress. He also said he was willing to accept a steel barrier instead of a concrete wall.

Mick Mulvaney, the acting White House chief of staff, said in an interview on NBC’s “Meet the Press” program that agreeing to a steel separation would allow Democrats to stick to their refusal to fund a wall.

“That should help us move in the right direction,” said Mulvaney, who is also the head of the Office of Management and Budget.

Democrats have signaled they could accept a deal that precluded a concrete wall but provided funding for a steel barrier. But they would likely demand other concessions, like protections for immigrants brought to the United States as children, otherwise known as Dreamers, or changes to other spending provisions.

Mulvaney said negotiations between his staff and congressional Democrats were bogged down in technical requests after the two sides met on Saturday morning.

“I think this is going to drag on a lot longer. I think that’s by intention,” said Mulvaney, who is serving as the top White House aide in an acting capacity.

Large chunks of the federal government were shut down on Dec. 22 after lawmakers and the president hit an impasse over Trump’s demands to build a wall. About 800,000 government workers are either furloughed or working without pay.

Trump is demanding that any funding to keep the federal government operational also include $5.6 billion to begin building a $23 billion a wall along the U.S. border with Mexico.

Trump said on Sunday that he should not have to lower his demand for $5.6 billion in border security funding.

Mulvaney said on CNN’s “State of the Union” program broadcast on Sunday that the latest round of negotiations held Saturday was “disappointing.”

Democratic Senator Doug Jones, appearing on the same program, said the White House has not presented a plan to use the money.

Democrats, who took control of the House of Representatives last week, passed a bill to reopen the government without providing additional funding for the wall, and have insisted that reopening the government should not be contingent upon wall construction funds.

House Democrats plan to pass a series of bills this week to reopen government, breaking up the legislation they have already approved in a bid to get Republicans to agree to reopen parts of the government, House Majority Leader Steny Hoyer said on “Meet the Press.”

“We need to open up government and then negotiate. Not the other way around,” Hoyer said.