WASHINGTON (Reuters) – Congressional Democrats on Thursday demanded emergency hearings in the U.S. House of Representatives to investigate President Donald Trump’s ouster of Attorney General Jeff Sessions, calling the move an effort to undermine a federal probe into Russian meddling in the 2016 U.S. election. 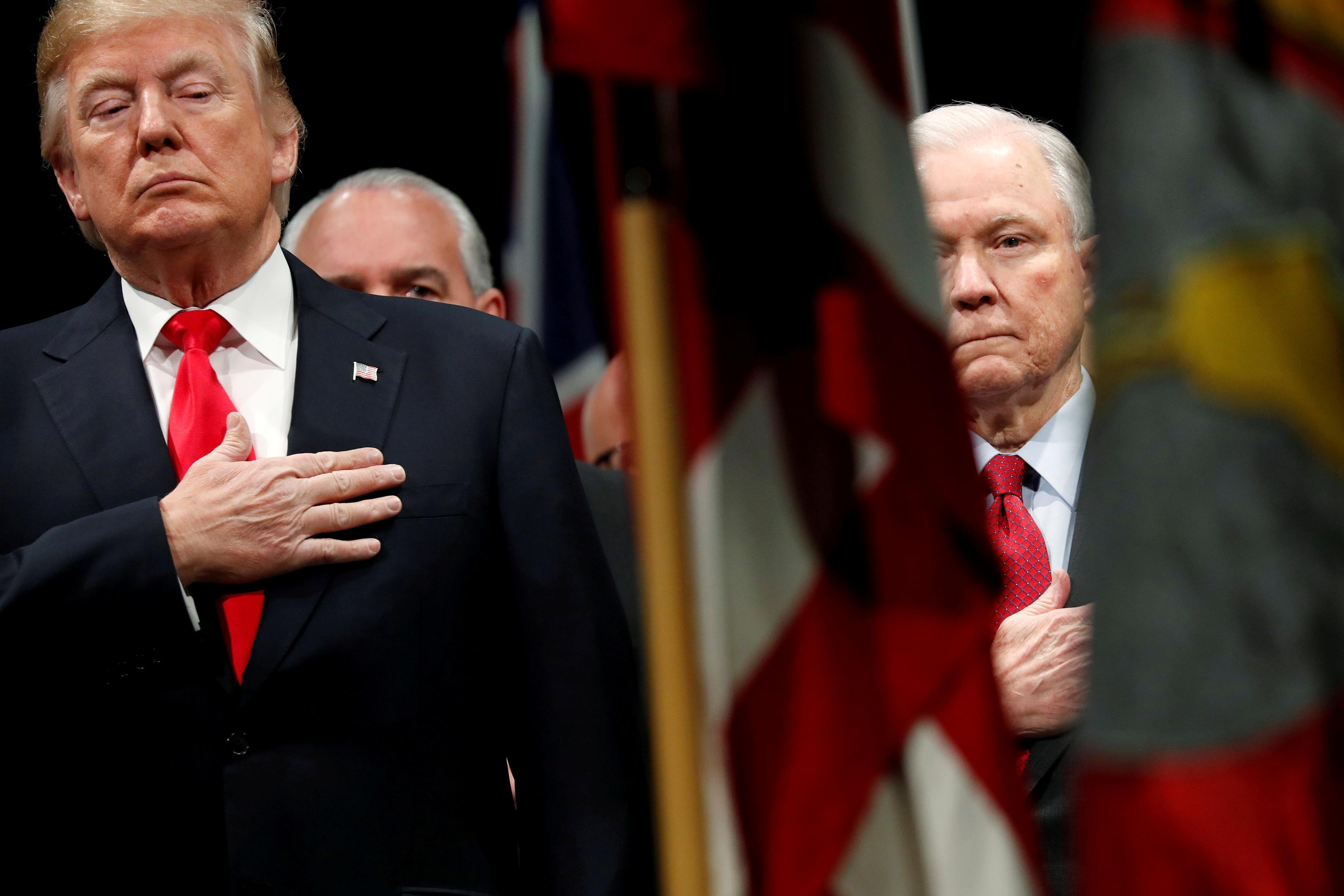 Trump forced the resignation of Sessions on Wednesday, a day after elections in which his fellow Republicans lost control of the House but increased their majority in the Senate.

In a letter here.pdf saying the move placed the country “in the throes of a constitutional crisis,” House Judiciary Committee Democrats demanded action from the panel’s Republican Chairman Bob Goodlatte, and called for bipartisan legislation to protect Special Counsel Robert Mueller from any effort to stymie the probe.

Mueller is investigating Russia’s alleged interference in the 2016 election and any collusion by Trump’s campaign. Trump, who denies any collusion, has long complained about the probe, calling it a witch-hunt. He had frequently publicly castigated Sessions for recusing himself last year from the case.

Trump named Sessions’ chief of staff, Matthew Whitaker, as acting attorney general, saying he would soon nominate a permanent replacement for review by the Senate.

That drew criticism from Democrats because Whitaker, who would now take over responsibility for overseeing Mueller and his investigation, has been critical of the Mueller probe, saying it should be scaled back.

Separately, House Judiciary Democrats called on Whitaker in a letter here.pdf to recuse himself and keep the Mueller investigation under the supervision of Deputy Attorney General Rod Rosenstein, a career Justice Department official who has given the special counsel full scope to pursue leads. Rosenstein had the role of supervising the probe because of Sessions’ recusal.

Whitaker has no intention of recusing himself from overseeing the Mueller probe, the Washington Post reported. Reuters was not able to confirm the report.

The Democrats said they also want the Justice Department to protect the integrity of Mueller’s investigation and to preserve relevant documents.

“The forced firing of Attorney General Sessions appears to be part of an ongoing pattern of behavior by the president seeking to undermine (the) investigation into Russian interference,” said the letter to Goodlatte, written by Representative Jerrold Nadler, the committee’s top Democrat, and 16 other Democrats who sit on the panel.

“The president’s actions have plunged the country into peril,” the Democrats added. “By forcing the firing (of) the attorney general, the president now threatens the rule of law itself.”

Nadler is expected to become House Judiciary chairman when a new Democratic House majority, elected in Tuesday’s midterm elections, takes over in the new Congress that convenes in January.

Bipartisan bills to protect Mueller from politically motivated removal have been introduced in the House and Senate. One was approved by the Senate Judiciary Committee in April, making it eligible for a full Senate vote. But no action is expected.

Senate Republican leader Mitch McConnell blocked consideration of the Senate bill earlier this year. His spokesman said on Thursday that McConnell has no further comment on the legislation.

Senator John Cornyn, the chamber’s No. 2 Republican, has said he backs a non-binding resolution expressing support for Mueller. But his aides gave no indication of whether it would ever see a vote.

When the Democrats take over the House, they are expected to launch numerous probes of Trump, his business interests and his administrations. At a news conference on Wednesday, the president threatened political warfare if Democrats exercise their new oversight power.

Moscow denies interfering in the 2016 election.