WASHINGTON (Reuters) – U.S. President Donald Trump repeatedly pressured Ukraine’s president to investigate Joe Biden, one of Trump’s chief political rivals, in a July phone call, according to reports on Friday by the Wall Street Journal and other U.S. media outlets.

The call featured in a classified whistleblower complaint that has sparked a political battle between Democrats warning of a national security threat and Republicans turning it into an attack on Biden, a frontrunner in the field of Democrats seeking to challenge Trump in the 2020 presidential election.

Reuters has not confirmed details of the whistleblower’s complaint. But a source familiar with the matter said it alleged “multiple acts” by Trump, not just a phone call with a foreign leader. The source requested anonymity because of the sensitivity of the issue.

Trump dismissed the Sept. 12 complaint from the whistleblower within the intelligence community as a partisan hit against him.

Trump had spoken with Ukraine’s recently elected president, Volodymyr Zelenskiy, less than three weeks before the complaint was filed. Trump is due to meet Zelenskiy during a United Nations gathering in New York.

The July 25 call between the leaders is under investigation by three Democratic-led House committees, who want to know if Trump and his personal lawyer, Rudolph Giuliani, tried to pressure the Ukrainian government into aiding Trump’s re-election campaign.

The Wall Street Journal reported on Friday that Trump urged Zelenskiy about eight times during the call to work with Giuliani to investigate Biden and Biden’s son. The Washington Post and New York Times also reported details of the call.

Trump said earlier on Friday he did not know the identity of the whistleblower nor the precise accusations but that all of his conversations with foreign leaders had been appropriate.

In a statement, Biden said the reports about Trump’s pressure on the call – if true – showed the president abused his office for his own gain. Biden urged the White House to release a transcript of the call and allow Congress to hear from the whistleblower.

“Such clear-cut corruption damages and diminishes our institutions of government by making them tools of a personal political vendetta,” Biden said.

Giuliani said on CNN on Thursday he had asked the Ukrainian government to investigate Hunter Biden, the son of former Vice President Biden.

On Friday, Giuliani was seen by Reuters reporters at the Trump International Hotel, a few blocks away from the White House, sitting next to Lev Parnas, a Ukrainian businessman with whom he has recently been working. Giuliani declined comment.

He later was seen at a White House state dinner.

Giuliani has alleged that as vice president, Biden sought the firing of a Ukrainian prosecutor who was investigating his son’s business dealings. Biden and his son have denied the charge.

The former prosecutor, Viktor Shokin, had been criticized by the U.S. government and the European Union for larger issues, including blocking reforms to Ukraine’s legal system. Ukraine’s parliament approved his dismissal in March 2016. 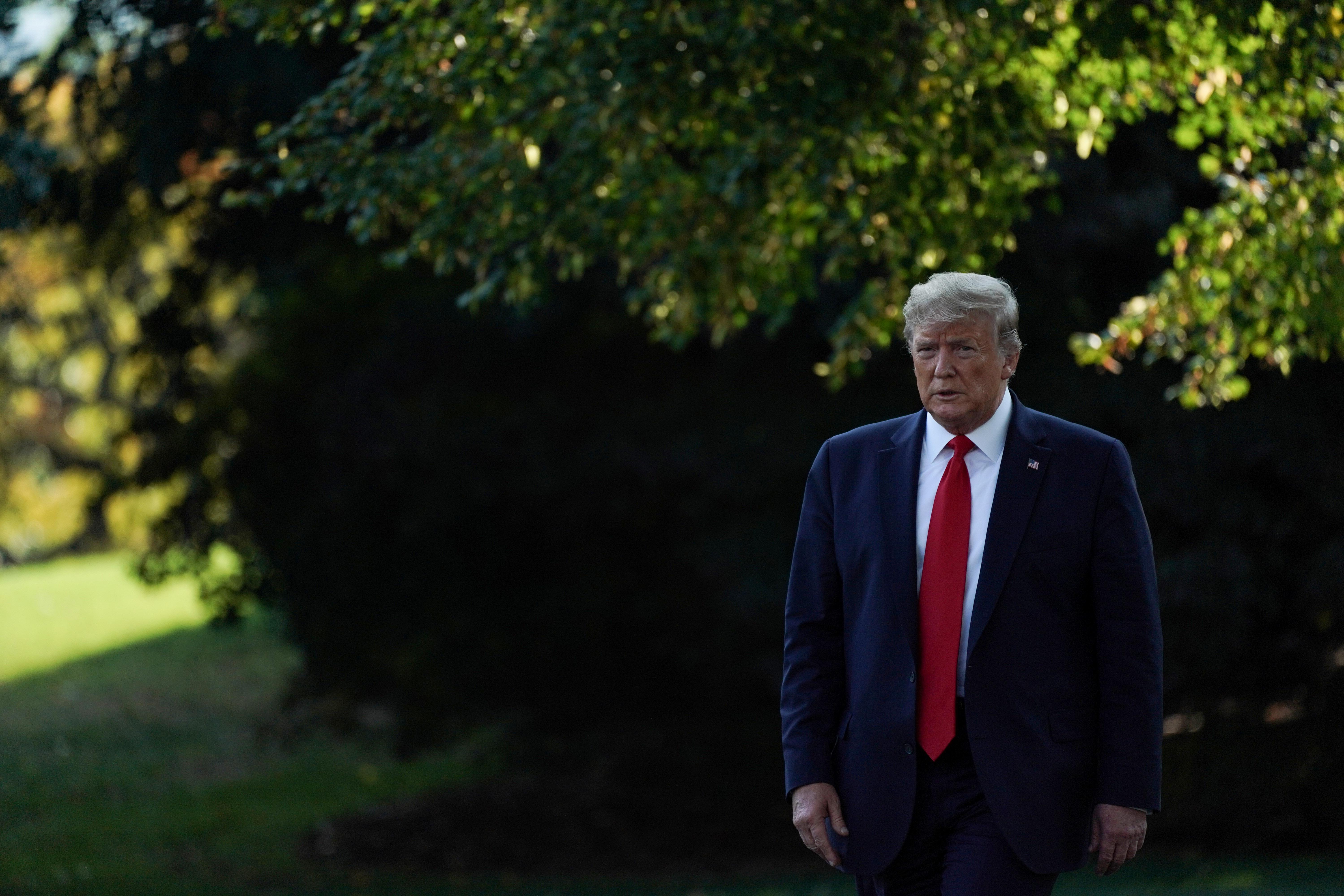 The dispute is the latest chapter of a power struggle in which the Trump administration has been resisting efforts by Democratic lawmakers investigating the president to obtain documents, records and testimony from White House and senior agency officials.

In a Sept. 9 letter to White House Counsel Pat Cipollone requesting documents, the chairmen of the House foreign affairs, intelligence and oversight committees said the Ukrainian government’s readout of Trump’s call appeared to show that he encouraged Zelenskiy to pursue the Biden investigation.

The chairmen noted the State Department had acknowledged that Kurt Volker, the U.S. special representative to Ukraine, subsequently arranged for Giuliani to meet an aide to Zelenskiy in Spain.

The letter also cited news media reports that Trump threatened to withhold more than $250 million in security assistance approved by Congress for Kiev to aid its fight against Russian-backed separatists in eastern Ukraine.

The aid was put on hold in early July, but Trump did not discuss it during his call with Zelenskiy, according to media reports.

Vice President Mike Pence discussed the aid with Zelenskiy during a meeting in Warsaw earlier this month. Pence told reporters at the time that he had not discussed Biden in the meeting but did focus on “the issue of public corruption.”

An intelligence community watchdog determined that the whistleblower complaint was credible and should be shared with congressional leaders through a process laid out by U.S. law.

That determination was overridden by acting Director of National Intelligence Joseph Maguire after consulting with the Justice Department. Maguire is slated to testify next week at the House Intelligence Committee. 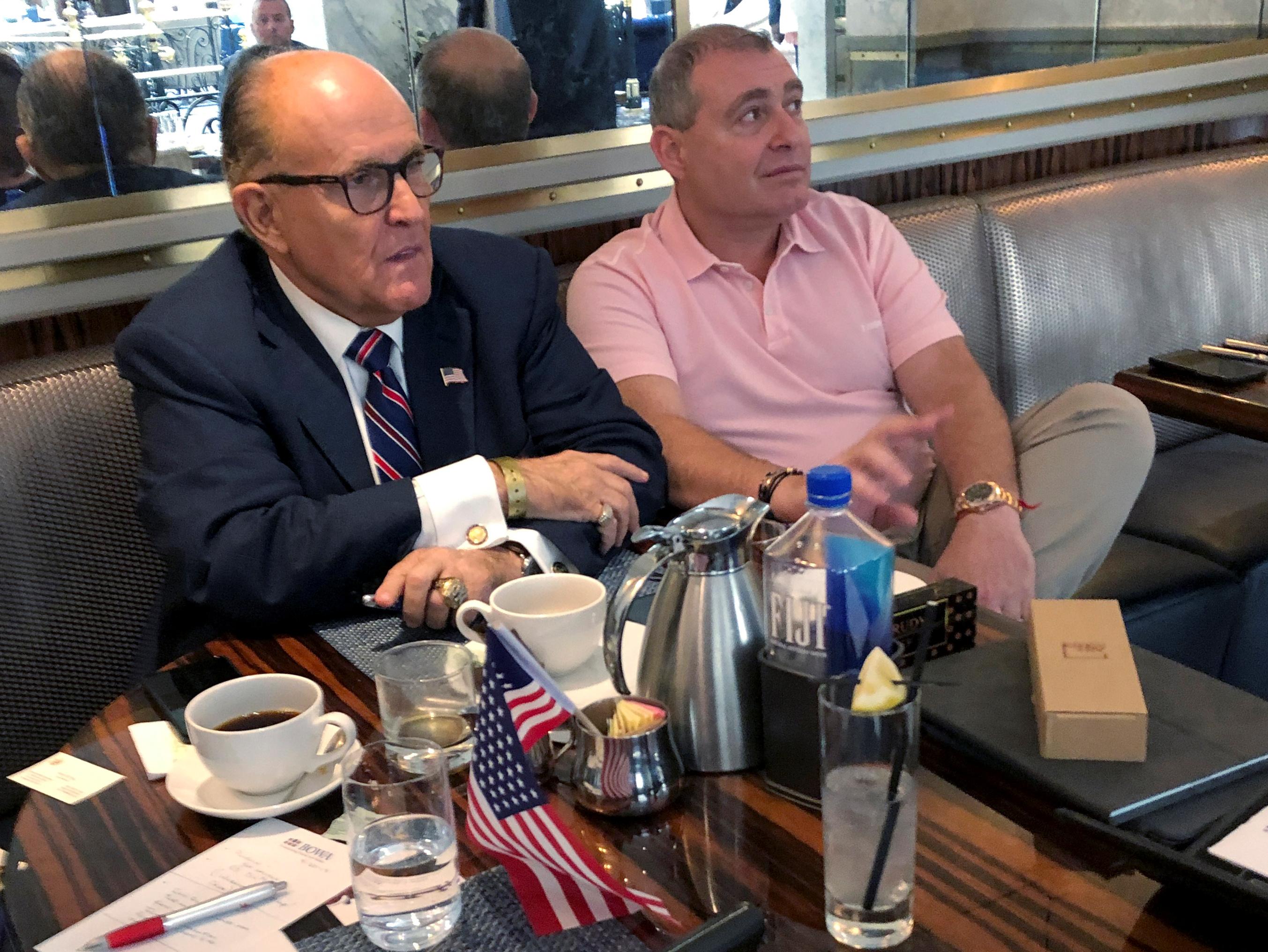 “Reports of a reliable whistleblower complaint regarding the president’s communications with a foreign leader raise grave, urgent concerns for our national security,” Pelosi said. “If the president has done what has been alleged, then he is stepping into a dangerous minefield with serious repercussions for his administration and our democracy.”

A senior Democratic member of the House Judiciary Committee, which is considering whether to impeach Trump, said the incident could feed into the panel’s deliberations.

“This is deadly serious,” Representative David Cicilline said on Twitter. “If the President does not allow the whistleblower complaint against him to be turned over to Congress, we will add it to the Articles of Impeachment.”