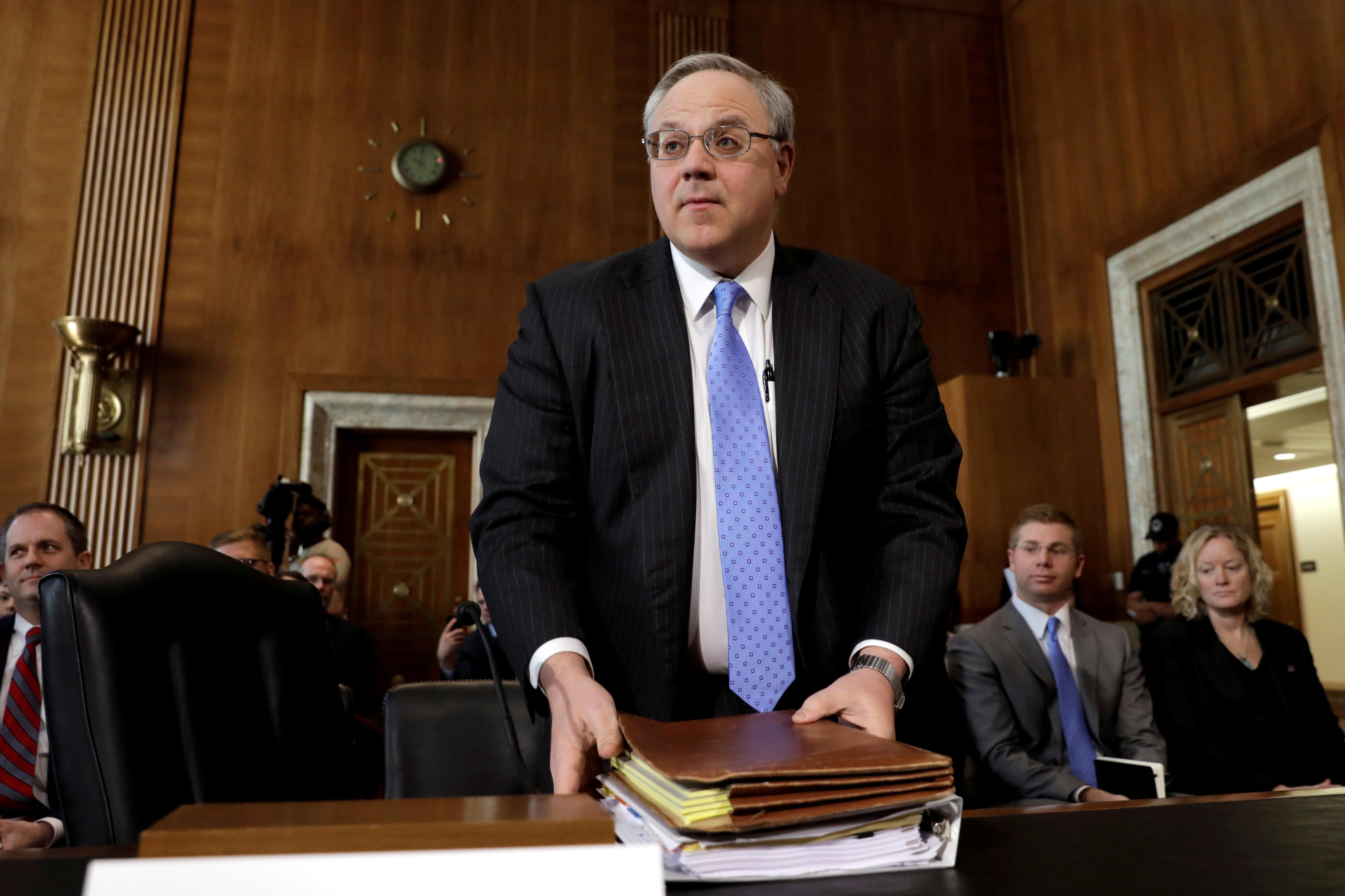 (Reuters) – U.S. Interior Secretary David Bernhardt told a panel of U.S. lawmakers on Wednesday that he has not lost sleep over record amounts of carbon dioxide recorded in the Earth’s atmosphere, which scientists warn are altering the global climate.

“I haven’t lost any sleep over it,” he told the House Committee on Natural Resources, after Democratic Representative Matt Cartwright asked him to rate his level of concern regarding CO2 levels.

Bernhardt said the United States was a leader among nations in reducing CO2 emissions.

“I absolutely care that our climate is changing and that we need to factor that into our thinking,” Bernhardt said later in the hearing. “I absolutely believe that and I’ve said that over and over and over. That’s the reality.”

The Interior Department oversees about a fifth of the U.S. landmass, from the Arctic to the Gulf of Mexico, and has helped enact the Trump administration’s pro-fossil fuel agenda by pushing for an expansion of oil, gas and coal development on the public lands it oversees.

But its role has angered environmentalists who see global climate change as a priority problem.

President Donald Trump has rejected the science on climate change, announced an intention to pull the United States out of the Paris Climate Agreement, and has rolled back other Obama-era moves aimed at reducing carbon dioxide emissions.

Bernhardt, a former energy lobbyist, was confirmed by the U.S. Senate as the agency’s secretary last month, over the objections of Democrats concerned he will favor energy and minerals development over conservation.