President Trump began Election Day bracing for grim political news as people across the country voted in midterm contests that will deliver the first nationwide referendum on his presidency.

The mood inside the White House was gloomy, according to aides and people in contact with the president. Mr. Trump, who had no public events on his schedule, waited to see whether his dark closing message about the dangers of illegal immigration could once again help him defy the polls — this time showing that Democrats are likely to win control of the House and many governorships.

For days, Mr. Trump’s advisers have warned him that the losses could be brutal, even as they have said that the Senate should be a bright spot. Advisers acknowledge that Mr. Trump has a problem with women voters as he begins his own re-election effort.

Mr. Trump knows that his rhetoric may have gone too far at times, people close to him said, a sentiment which was reflected in an interview Mr. Trump had with an ABC affiliate owned by the Trump-friendly Sinclair Broadcasting.

“I would like to have a much softer tone. I feel, to a certain extent, I have no choice. But maybe I do,” Mr. Trump told the affiliate when asked about his regrets from his first two years in office. “And maybe I could’ve been softer from that standpoint.”

The president returned to the White House at 2:43 a.m. Tuesday from the last of eleven fiery campaign rallies over the last six days. Several people in contact with the president said he watched television coverage late into the night before finally falling asleep.

Mr. Trump arrived at the Oval Office late Tuesday morning, and was working the phones to touch base with allies and friends. In conversations, he made clear to people that he was not on the ballot, despite saying repeatedly at his rallies that the midterms were a referendum on him.

The president had fixated on immigration as a closing message, and stepped up his divisive rhetoric on the issue even after two incidents of domestic terrorism jolted Republican campaigns across the country.

In the last days of the campaign, Mr. Trump’s campaign manager, Brad Parscale, debuted a gauzy ad on television that focused on an economic message and was meant to appeal to women voters in suburban areas who have been repelled by Mr. Trump’s tone and rhetoric.

But the president did not like the ad, seeing it as visually off, aides said. Mr. Trump wanted to focus on immigration, so the campaign’s final video depicted an illegal immigrant who had killed police officers. The video was deemed racist by a number of networks, one of them Fox News, and was either pulled or didn’t run at all — a highly unusual move for the campaign of a sitting president.

White House advisers were expected to begin to gather in the residence by late afternoon on Tuesday to discuss what comes next. Mr. Trump planned to have a dinner with his children and their spouses, and then host a small reception with friends and allies to watch election returns.

Multiple aides to Mr. Trump said they were bracing for a staff shake-up, particularly if the losses were massive. Some White House aides were already planning to take on roles with the Trump campaign.

After campaigning for a Republican Senate candidate, Josh Hawley, during the last of 11 campaign rallies, in Cape Girardeau, Mo., late Monday, Mr. Trump on Tuesday accused Democrats of spreading a rumor that Mr. Hawley had left the rally early.

In fact, there is no evidence that Democrats suggested that Mr. Hawley left the rally early. The president appears to have been reacting to a statement — offered with no evidence or context — by Brian Kilmeade, a Fox & Friends host early Tuesday morning.

At just after 6 a.m., Mr. Kilmeade said: “Why Josh Hawley didn’t stay last night for the Missouri rally is beyond me. What could he have been doing that was so important?”

Where Mr. Kilmeade got the impression that Mr. Hawley left the rally early is unclear. Many people on Twitter noted Tuesday morning that they saw Mr. Hawley on television as the rally was ending. 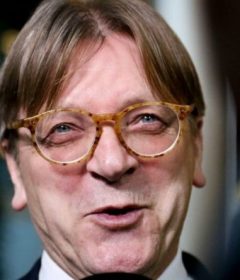 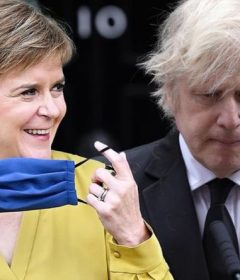 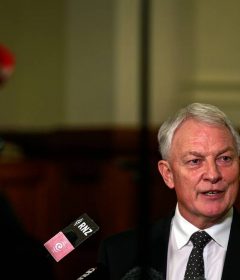