Tracey Crouch was well-liked, popular and had the support of Labour MPs – a rare feat in a parliament where party politics matters more than ever before.

During her time as minister for sport and loneliness she united colleagues over serious and difficult issues as well as demonstrating she has personality – her popular posts on Instagram showed just how much she loved her job.

As a result, her departure over government plans to introduce a lower stake for fixed odds betting terminals in October next year instead of April has united her party in disbelief.

Baffled MPs said it made no sense.

Even some political journalists – always desperate for a good resignation story – didn’t really believe she would be forced to step down, convinced the Treasury would find a compromise to allow her to stay.

In her resignation letter Ms Crouch took aim at a decision to delay the changes “due to commitments made by others to those with registered interests”.

She also warned two people will take their own lives every day over gambling addiction and explained knowing the impact of such a decision meant there was no way for her to stay.

But while she may not be a household name, Ms Crouch’s decision to leave government over the issue has, according to some, highlighted a political blindspot at Number 10.

A ministerial source said the decision not to change course and bring forward the changes rather than risk a resignation was short-sighted. 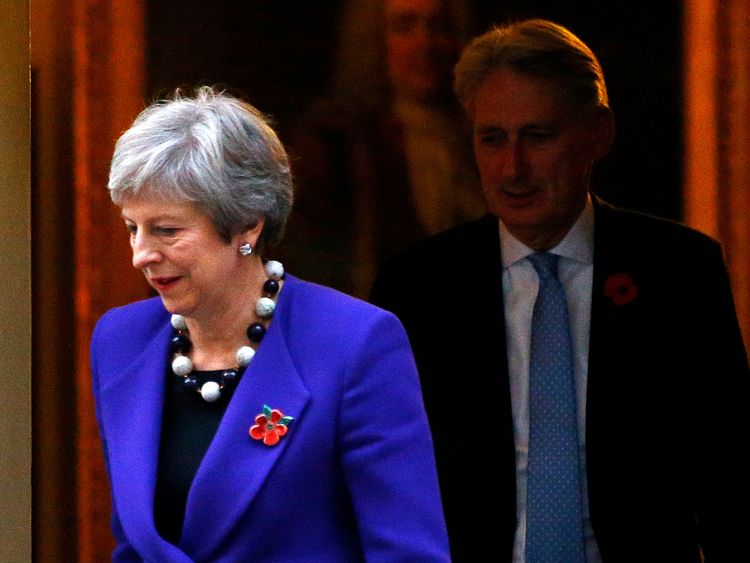 And it has inflamed tensions among backbench MPs who fear the prime minister is refusing to focus on anything but Brexit and had become complacent after days of largely positive coverage for the chancellor’s budget.

Most pressingly, the row over Mrs May’s Brexit position may have fallen quiet over the last couple of days but it hasn’t gone away.

Just a week ago her critics on the Tory backbenches were warning as many as 40 MPs had written letters calling for her to leave.

Their biggest gripe? That the prime minister doesn’t listen to their concerns and instead ploughs on with her own plans without consulting colleagues.

Reigniting that particular row by allowing a popular minister to walk out of government just days before more key Brexit talks over an issue which the government backs, could put Number 10 in a tricky position in the days to come.

Government sources said it would have been impossible to bring forward changes to fixed odds terminals and that a date for the policy had never been announced, so it had not been delayed.

But that is unlikely to ease the concerns of those who fear Mrs May’s refusal to change course, even on an issue that has widespread support, is a sign of things to come as Brexit talks fire up again.