Stark new polling reveals the mountain that Liz Truss must climb to have a fighting chance of winning the next election. 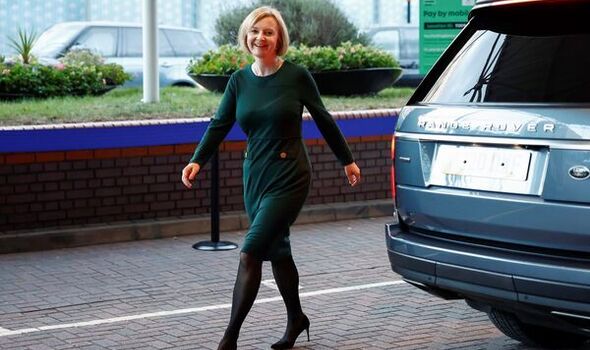 This week she will address the Tory faithful at the annual conference in Birmingham for the first time since winning the leadership race, with her premiership rocked by market reaction to Chancellor Kwasi Kwarteng’s mini-Budget.

Defenders of the PM have called for unity, saying the conference is a “pivotal” moment for the party to show it has ideas that will “radically improve our country”.

Business Secretary Jacob Rees-Mogg took a shot at critics of the Government’s plans outlined in last month’s tax-cutting mini-Budget, saying: “The criticism of the Government comes from those who support a failed economic consensus.”

But the poll by Savanta ComRes for communications agency MHP makes grim reading for Conservatives, showing that Tory voters who handed Boris Johnson a landslide in 2019 have yet to swing behind Ms Truss.

It found only 36 percent of 2019 Conservative voters think that Ms Truss is on the side of people like them, with 43 percent saying they do not know.

In a new blue-on-blue attack, former Tory minister Sir Alan Duncan condemned the handling of the mini-Budget as a “colossal disaster,” telling GB News it was “delivered at the wrong time in the wrong way and into markets which were fragile and jittery”.

An ex-minister blasted the Government for the delivery of the mini-Budget, saying: “Boris, for all his faults, would never have done this in a million years,” adding: “I would support him coming back if he stood again. I know it sounds crazy.”

Warning that Ms Truss’s position could be in danger, they said: “If this carries on she will have to go.”

Former Chancellor Rishi Sunak, who contested Ms Truss for the leadership, is not expected to attend the conference. A senior Conservative said: “He’s giving her some space. I think he is too busy dousing himself with a cologne called schadenfreude.”

A senior Government source defended Ms Truss’s leadership of the economy, saying: “She firmly believes her plan for the economy is the right one. We’ve been stuck in a world of high taxes, cheap credit, and low growth for too long, with too much focus on tax and spend at the expense of growth.

“That status quo isn’t working, so we have to change course otherwise we’re consigning the economy and country to long-term decline. We’ll do that and manage the public finances responsibly.”

Senior Conservative MP Julian Knight warned that the party could lose power if it turned on Ms Truss. He said: “All this talk of whether or not she is already a busted flush is really so premature it’s almost untrue. It’s an insult to our democracy frankly.”

Mr Knight cautioned that a “party which turns on its leaders on a regular basis doesn’t stay in government and it only makes things worse”.

Former Conservative defence minister Mark Francois warned that “all these anonymous malcontents are really achieving is to help undermine their own Tory colleagues in marginal seats”. 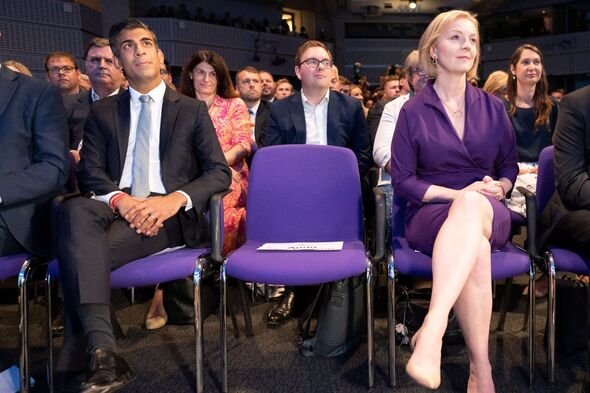 And Rother Valley Conservative MP Alexander Stafford turned his guns on the PM’s critics, saying: “Liz was elected by the overwhelming majority of Conservative members only a few weeks ago, so what the party needs right now is to unite behind her vision and her leadership and focus on delivering for the UK, rather than petty squabbling fermented by those that always wanted her to fail.

“Conference will be a pivotal time to show the country that under Liz we have fresh ideas that will radically improve our country in the long term.”

However, the polling demonstrates the need for the PM to forge bonds with the electorate.

Chris Hopkins, director of political research at Savanta ComRes, said the polling showed “any semblance of – or hope for – a Truss bounce has completely evaporated”.

It may be scant comfort to Ms Truss, but the pollsters found more people (31 percent) thought she would perform better on Strictly Come Dancing than Sir Keir (25 percent). 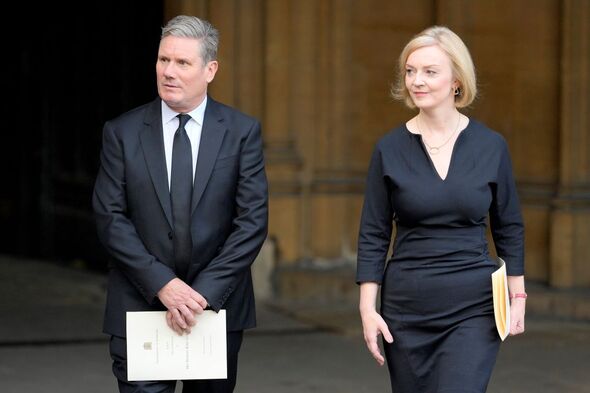 In contrast, more people (31 percent) said Sir Keir would do best on I’m A Celebrity than Ms Truss (26 percent). And 41 percent said they would trust him to assemble flat-pack furniture, while only 17 percent said this for Ms Truss.

However, 32 percent picked Ms Truss as the best politician to stand up to Russia’s Vladimir Putin, compared with just 27 percent opting for the Labour leader.

Jamie Lyons, head of public affairs at MHP, said: “Our findings show the Tories are losing on both fairness and economic competence, which is a dangerous combination.”

Only 17 percent felt positively towards Chancellor Kwasi Kwarteng, while 34 percent had negative feelings.

A Conservative MP acknowledged there had been “wobbles” in getting the Government’s message across but said: “[The] party knows that the growth plan and the Chancellor’s work to unlock the economy is in the country’s interests. We need to get behind that in Birmingham and come together as a party, focused on delivering for our country.”

Supporters of Ms Truss’s economic policies are adamant she must not be pressured into u-turns.

John Longworth, a former director-general of the British Chambers of Commerce who now leads the Independent Business Network, said: “There is no doubt that the PM and Chancellor will come under enormous pressure from vested interests of the Left, the media and from within the Conservative Party to abandon their economic policies. They should ignore them and press on with no u-turns.

“During 2023 the economic growth which they have promised will appear. Turbulence in markets will settle and inflation will be under control.”

His optimism is shared by Professor Patrick Minford, an economist who came to public attention as a leading defender of Margaret Thatcher’s policies. He said: “What Truss and Kwarteng have done is absolutely hated by the whole establishment that’s been put in place over the last few years.”

He told them to “hold your nerve” and praised Ms Truss’s administration for taking steps to protect people from increases in the cost of living, saying: “The Government has put in place measures that out-do any major nation that I can think of to support its people.”

A Conservative MP pointed to alleged tensions between Downing St and the Treasury, saying: “I have heard there is a lot of friction between Number 10 and Number 11, where Number 11 is blaming Number 10 for pushing them to go much further while Number 10 is trying to distance themselves from Kwasi.

“Everybody had assumed they were joined at the hip but it looks like they might not be as close as people thought.”

However, the Government source said: “Talk of a rift between the PM and Chancellor is complete and utter nonsense. They’re in lockstep.”