Speaking at a conference organised by his think tank in London, the former Labour Prime Minister finally admitted Brexit is here to stay, slashing Rejoiner hopes across the country. Sir Tony said: “However passionately I opposed Brexit, I understand we’ve done it.

“We’ve done it legally, we’ve done it politically and it’s not going to be reversed any time soon – let’s say any time in this generation.

“But you’ve still got to fix the problems.

“This stuff in Northern Ireland is doing us damage.

“The fact you’ve got labour shortages is doing us damage.

“The fact we’ve got exports down and the pound devalued and business investment down is doing us damage. You’ve got to fix it.”

He added: “He recognises the simple truth that the people delivered their verdict on the EU in 2016 and that there is no point looking back.” 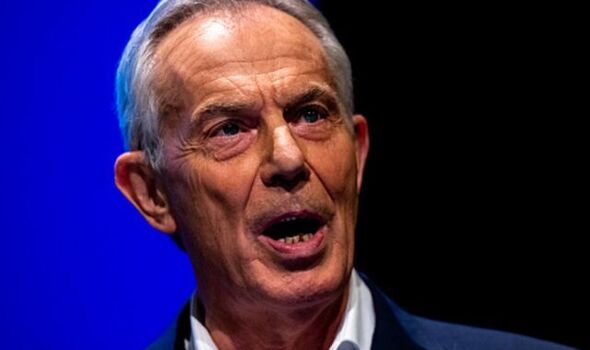 At the conference, the former Labour leader also said the Labour Party should listen to his advice on policy if it wants to “seal the deal” at the next general election.

He acknowledged that he was not currently popular amid all sections of the party, but believed that Labour under Sir Keir Starmer could win the next election.

In a wide-ranging discussion with former BBC journalist Jon Sopel, Sir Tony was also clear that his advice was not exclusively for Labour but instead for any progressive politician or party.

He said: “I want to build a strong policy agenda and then it is there for reasonable people, whether they are Conservative Party, Labour Party, Lib Dems, whatever, to take it up and at least you get people debating how to change the country in a way that bears some resemblance to the reality of the challenge we face.

“Sometimes politics isn’t about just going with the flow, it is about resisting it as well,” he told the conference.

He rejected the suggestion, in the face of the rise of the far-left and the far-right in France, that voters did not want so-called “centrist” politics anymore.

“It is a fight. There is going to be a big struggle,” he added.

A persistent critic of Jeremy Corbyn, he said that Sir Keir had done an “amazing” job to reform the party, quipping that he had only had to follow on from former leaders Neil Kinnock and John Smith.

“For Labour to win the next election, it has got to have a policy agenda, that is absolutely clear,” he said. 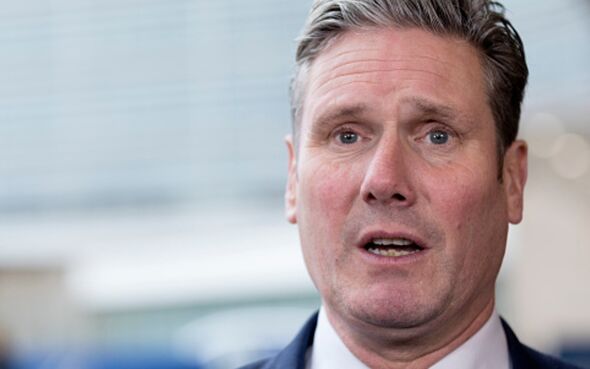 Sir Tony also referenced the Liberal Democrat victory at the recent Tiverton and Honiton by-election, which saw the party defeat the Conservatives in a traditionally safe seat in the south of England.

“Those people have got to be comfortable with a Labour government,” he said.

For his own part, he said that his current project was not going to morph into a political party nor was he putting together a “manifesto”.

“You have got two main political parties. I don’t see that changing,” he said.

Sir Tony was not entirely critical of the Boris Johnson administration, pointing to the Government’s ambitious policies on climate change even as he criticised the lack of energy behind them.

“It is not that everything that the Government is doing is wrong, but it is not nearly enough to see us through,” he said.