Critics fear the US president is paving way to disrupt probe into Russian interference in 2016 presidential election. 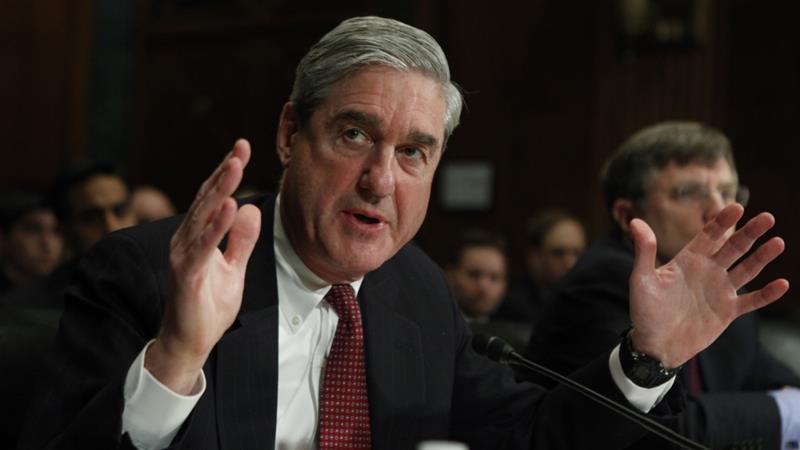 Washington, DC– Thousands protested across the United States on Thursday to demand that President Donald Trump not impede Special Counsel Robert Mueller’s investigation into Russian interference in the 2016 presidential election.

The protests come a day after Trump effectively fired Attorney General Jeff Sessions, a move many see as clearing the way for Trump to go after Mueller.

The president’s decision to replace Sessions with an even more devoted loyalist, Matthew Whitaker, in an acting capacity has drawn outrage from critics, including senior Democrats, who won control of the House of Representatives in Tuesday’s midterms.

Sessions recused himself from overseeing a probe in March 2017, shortly after taking office.

The former Republican senator was active in the Trump campaign and had met twice with the Russian ambassador to the US.

Responsibility for the probe was then passed to Deputy Attorney General Rod Rosenstein, who appointed Mueller, a former FBI director.

Trump saw the move as a betrayal and frequently and publicly criticised Sessions for making the decision to recuse himself.

Mueller’s probe has since reached plea deals with or indicted a number of Trump associates. They include his former National Security Adviser, Michael Flynn, and his former lawyer, Michael Cohen.

According to US media reports on Thursday, Mueller’s team have started writing the final report of the investigation.

Sessions’s interim replacement, his former chief of staff, Whitaker, has publicly criticised the Mueller probe for going beyond its remit. That has convinced many opponents of Trump that the president has Mueller in his crosshairs.

In theory, Whitaker could order Mueller to limit the scope of his investigation or end it altogether.

At a protest in support of Mueller outside the White House, a crowd of several hundred protesters shouted anti-Trump slogans.

Jerry Role, a retired Department of Justice staffer told Al Jazeera that Trump’s actions this week threatened the integrity of US democracy.

With control of the lower house of Congress, the Democrats have the power to order their own investigation into Trump’s dealings with the Russians and other foreign governments. 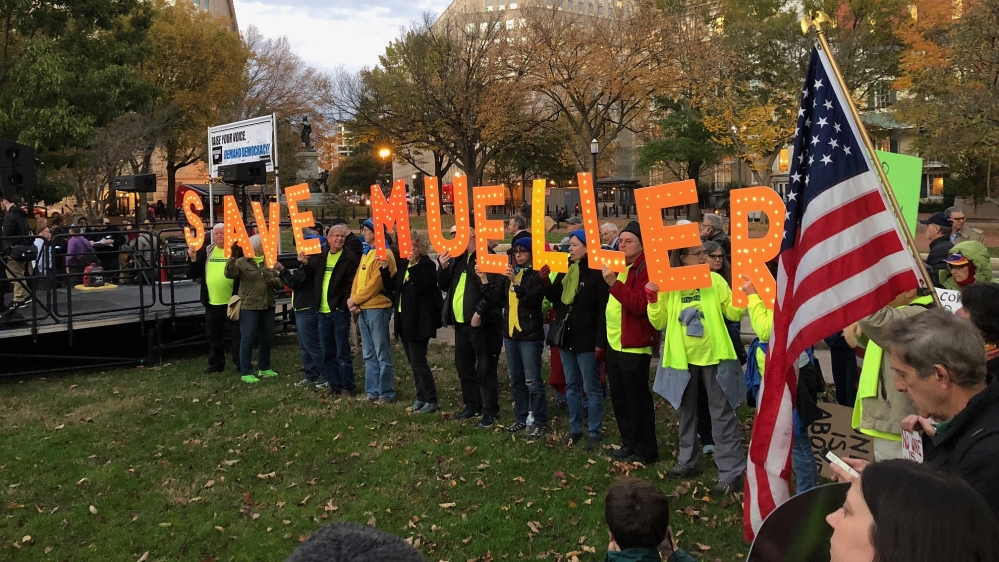 Senior party officials have so far shied away from directly proposing the idea but have emphatically condemned the decision to fire Sessions and appoint Whitaker.

“Clearly, the President has something to hide,” Schumer wrote on Twitter on Wednesday, later adding: “Mr Whitaker should recuse himself from (the probe’s) oversight for the duration of his time as acting attorney general.”

Some senior Republicans, such as former presidential candidate and Utah Senator-elect Mitt Romney, have urged Whitaker to allow the Mueller investigation to run unimpeded.

According to the Washington Post, Whitaker has no intention of recusing himself, putting the two sides on collision course should the acting attorney general interfere with the Mueller probe.

Professor Scott Lucas of the University of Birmingham described the situation as “unprecedented” but said the Democrats would likely have a plan in place should Trump make a move on Mueller through the acting attorney general or a future appointment.

“The (Democrats’) first step would be to protect the investigation , they would do that by making sure all documents were secured by ensuring Mueller’s investigative team was not broken up,” he said, adding: “On Capitol Hill, the Democrats are quite likely to call for a floor vote immediately to countermand and reverse the firing.

Lucas further explained that while the Democrats will have a majority in the House, they will remain a minority in the upper house of Congress, the Senate, and would likely have to convince at least some Republicans to join them.

In Washington, DC, protesters called on Democrat and Republican legislators to put partisan divisions aside to avoid the possibility of a constitutional crisis.

David Bosel, a retired political scientist, described Trump’s attempts to scupper the Mueller investigation as “dictatorial” and accused most Republicans in Congress of helping Trump tilt the US towards “fascism”.

Nevertheless he appealed to Republicans not “beholden” to Donald Trump to reign in any attempt to fire Mueller.

“Obey your conscience, do what is right, do what is constitutional,” he said, adding: “This administration believes it is above the law and it is willing to go against the constitution.”