SNP calls for a second referendum on independence have exponentially increased since the Brexit referendum in 2016 despite the Westminster Government rejecting the demands. Prime Minister Boris Johnson pointed out the top echelons of the party had said the 2014 referendum would be “once in a generation.” Asked if he would agree to a rerun should Nicola Sturgeon secure a majority at the polls in May 2021, Mr Hohnson said: “What I would say is that this country has a big job now of building back Britain better after the coronavirus.

“I don’t think this is the time, quite frankly, for us to have another referendum. We’ve had a referendum in 2014.

“We were told it was a once in a generation event by the leaders of the Scottish National Party.

“Six years doesn’t seem to me once a generation.”

First Minister Sturgeon earlier this year urged Mr Johnson to allow a new referendum after the SNP secured the majority of Scottish Commons’s seats at the general election in December. 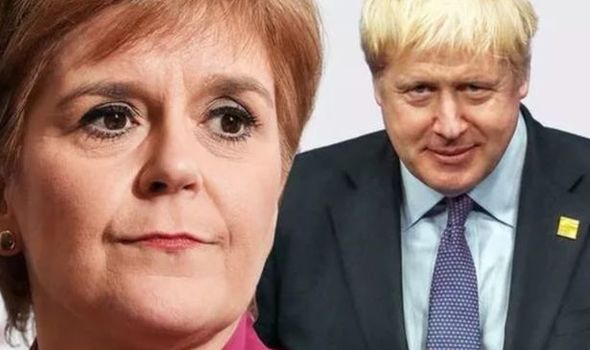 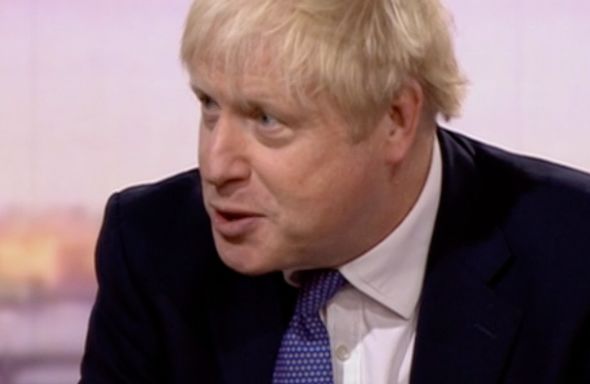 Ms Sturgeon has argued Scotland should be allowed to hold a vote after both the Brexit referendum and the subsequent two general election highlighted a clear difference of directions from the rest of the UK.

Support for the Yes campaign has increased over the past few months, a spike many have linked to Ms Sturgeon’s conduct throughout the coronavirus pandemic.

But Mr Johnson struck down the suggestion of a break up of the union warning Scottish voters the SNP would be “handing back control” to Brussels if given the chance.

The Scottish Government has signalled they would have Scotland apply for membership of the European Union should the SNP successfully campaign for independence.

READ MORE: Nigel Farage throws gauntlet down as he warns ‘more battles to be fought’ to secure Brexit