Forget the cabinet’s futile attempt to renegotiate the withdrawal deal.

The real battle is already being planned and it concerns what happens the day after the meaningful vote fails to approve the PM’s draft deal.

It is a battle being fought in the shadows and partially in the courts too.

The government this week is taking the rare and controversial step of seeking that the Supreme Court overturns a decision of the top Scottish Court of Session to refer a key Brexit decision to the European Court of Justice.

Brexit ministers have been keeping a close eye on the case, suspecting that it could turn out far more consequential than currently suspected. 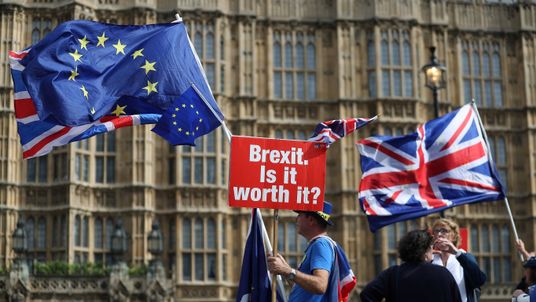 Next week the Luxembourg-based ECJ, itself the subject of Brexit negotiation, is due to judge on whether Article 50 would allow for the UK to unilaterally revoke its notice to leave the European Union.

The government has gone to the Supreme Court to stop that process.

All of this is about shaping the legal options for parliament should the draft deal be voted down.

But even the act of going to the Supreme Court on an issue settled by Scotland’s top court is profoundly delicate.

A common view is that at a minimum the commons will direct the government away from the most chaotic outcome.

“Parliament will prevent no deal, whichever way the vote goes. That’s about the only certainty there is,” said Jenny Chapman, the shadow Brexit minister on Sunday.

The Opposition is looking at the constitutional methods of doing that, and there is a majority to do so.

However, hard Brexiteers in parliament believe that it will be easier said than done, and require new legislation to stop no deal, given that the EU treaties are due to cease to apply at the end of March.

Crucially, there are already plans afoot to attempt to filibuster such legislation in the House of Lords by committed Brexiteer peers, even if it is passed in the commons.

Such a move would create a constitutional crisis, though some in parliament believe it is worth it to help run the Brexit clock down.

Any such sequence of events is bound to be accompanied by profound volatility in markets, particularly currency.

Indeed it is the quiet hope of some supporters of the withdrawal agreement that the impact of rejection will be so profound that MPs will immediately pass the deal on a second vote.

This is analogous to the US congressional bank bailout vote during the financial crisis in 2008.

But the parallels are not exact.

So already all sides are gaming out the true endgame of this phase of the Brexit process.

Indeed the prime minister could change this week.

And yet it might not be the most important thing.

In the surreal aftermath the day after the EU referendum, David Cameron resigning was not in our top three headlines.

Likewise the big story of the last week is not actually that Michael Gove pondered resigning, or that a cabinet minister given the title of Brexit secretary resigned from a job he had for four months.

Nor that the European Research Group postal service appears less than speedy.

None of that is really going to affect people’s lives fundamentally.

The real news is the withdrawal agreement and the fact it seems mathematically impossible for it to pass the House of Commons.

It means we are heading straight for no deal and all the consequences and more listed in the government’s technical papers.

And that means we are also heading for a massive constitutional crisis where a large swathe of the commons presumes it can stop it.