Home » Politics » Savior of the unions! Coyne aiming to save Unite from clutches of McCluskey & Corbynistas

Savior of the unions! Coyne aiming to save Unite from clutches of McCluskey & Corbynistas

The Unite union is one of the major funders of the Labour Party but Mr Coyne has pledged that if he wins the election to be the next general secretary he will “focus on the day job rather than messing around in Westminster politics”. Outgoing general secretary Mr McCluskey was seen as key ally of Jeremy Corbyn and a power behind the throne. Mr Coyne wants to end what he says has been an “unnatural obsession with Westminster in recent years” and instead ensure the union meets the needs of workers in the 21st century.

He sees the contest as a “battle for the future of Unite” and argues that the hard left is frightened because he represents “real change”.

“They are absolutely scared to death of me winning because in this election the truth is they tried everything to keep me off the ballot paper,” he said.

Mr Coyne challenged Mr McCluskey for the leadership of the union in 2017 and finished second, winning 53,544 votes compared to the incumbent’s 59,067.

This time, Mr McCluskey, who fiercely opposed the withdrawal of the Labour whip from Mr Corbyn in the wake of his comments about antisemitism, has endorsed rival candidate Steve Turner. He also faces competition from Sharon Graham, who has the backing of the left-wing Socialist Worker newspaper and would be Unite’s first female general secretary.

The 54-year-old argues he is the “only mainstream candidate in this election” and argues many members are hungry for change.

Mr Coyne has pledged to commission an independent investigation into how around £98million of union cash was reportedly spent on a hotel and conference centre in Birmingham and to publish the findings.

He said: “The truth is that Unite has to go back to being a trade union and it should never ever have been a property developer… It’s just staggering.”

Mr Coyne, the son of a firefighter and a school caretaker, grew up on a council estate in West Bromwich as one of six brothers. His father passed away when he was 16 and at 17 he joined a trade union as a shop worker at Sainsbury’s.

Together with his wife, Lisa, he has a daughter and two sons, and they recently welcomed their first granddaughter. He hopes she will enjoy the same opportunities he did, but he fears the union is not ready for the coming revolution in the world of work with advancements in artificial intelligence.

He argues that if Unite does not make the changes required to stay relevant to its members it would be a “tragedy” for “working people who need a trade union to give them a voice in the workplace”.

“Workers need representation,” he said. “They need support. They need backing. Those issues haven’t gone away. It’s just they don’t know where to turn to and we don’t offer the sort of package that they want.”

A further goal is celebrating the work of Unite members in the defence sector.

He recently met with members working on technology to power the new Dreadnought submarines, which will carry Britain’s nuclear deterrent. Rather than being embarrassed that the union represents people in this field, he says, their work should be celebrated.

He said: “They are incredibly proud both of the skills that they have, which are amazing… These are good quality jobs, they are well paid and they are highly skilled… I am really proud of what they do to ensure the protection of our country.”

Mr Coyne, who now lives near Kidderminster, shrugs off personal attacks from the far left.

“They’ve been getting nastier recently; there’s no doubt about that,” he said. “They are obviously fearing, and sensing the mood amongst the membership, that the vote will go my way.”

Ballot papers have been sent out although the result will not be announced until August 26. The race is far from over, but after years of Unite featuring in stories about internal battles in the Labour party, Mr Coyne is in no doubt as to why he is running.

He said: “My absolute focus is not about politics. It’s about making our organisation more grounded in the West Midlands than in Westminster. It’s as simple as that.” 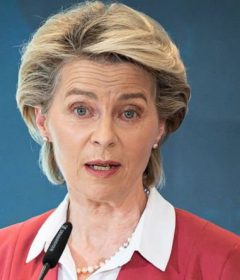 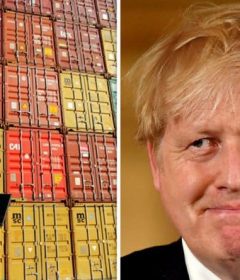