Mr Javid sensationally quit the Cabinet today after being told to sack his entire team of special advisors by Mr Johnson. Our online poll asked readers if the Prime Minister had made a mistake by forcing Mr Javid to resign as Chancellor.

Rumours had been swirling for months about the possibility of Mr Javid being booted out of Mr Johnson’s cabinet.

A Downing Street insider said Mr Johnson had hoped for a “moderate” reshuffle but his plan to force out the Chancellor’s team has backfired. 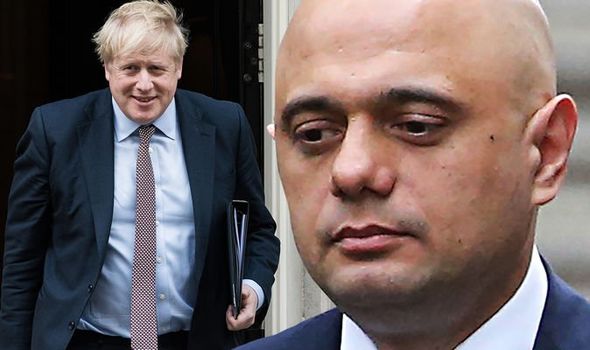 Rishi Sunak, who has served as Treasury secretary since last summer, replaces Mr Javid at Number 11.

Mr Javid was seen as a steady, if uncharismatic, pair of hands.

He was a minister who is described by several public servants who worked for him as decisive and clear.

Some Brexit supporters were critical of his decision to campaign for Remain in the EU referendum, despite him previously describing himself as a eurosceptic. 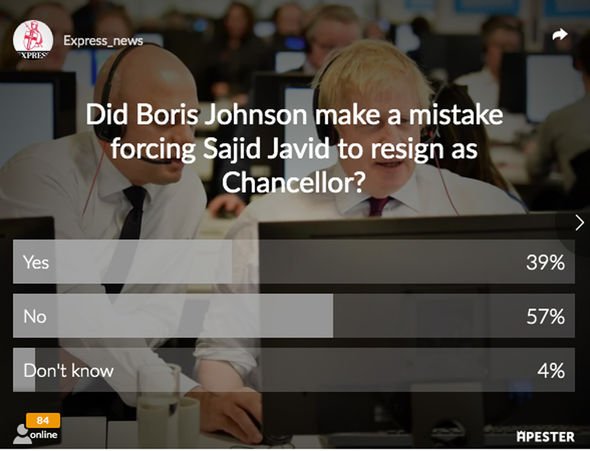 Some Brexit supporters were critical of his decision to campaign for Remain in the EU referendum, despite him previously describing himself as a eurosceptic.

He ccounts former Tory Prime Minister Margaret Thatcher as one of his greatest inspirations and even had a portrait of the “Iron Lady” in his office.

After studying economics and politics at the University of Exeter, Mr Javid became a banker, first for Chase Manhattan and then between 2000 and 2009 for Deutsche Bank.

In his maiden speech in Parliament, Mr Javid said that being a banker was a good preparation for being a politician because both professions are disliked by members of the public.

Despite the closeness of the poll, many readers left unsympathetic remarks on the Express.co.uk comment section in regards to Mr Javid’s demise.

Pythagoras379 said: “Mr Javid repeatedly made comments to the press about the closeness of deal that would be negotiated with the EU, which contradicted comments made by Number 10.

“It was not his job. He had no mandate. He was not expressing an opinion. He was simply weakening the Government’s negotiating position.

NocollusionWinning said: “If your advisers are Remainers and you need to stop leaks to the BBC then yes… sack ‘em all.”

Mag wrote: “The Swamp has to be drained, keep it up Boris!”

And TeeKay posted: “A former banker who voted to Remain? Not suitable for the job!”