(Reuters) – Media mogul Oprah Winfrey lent her star power on Thursday to Georgia Democrat Stacey Abrams, who is vying to become the first female black governor in the United States, while saying she has no political aspirations of her own.

“I am here today because Stacey Abrams cares about the things that matter,” Winfrey told a cheering crowd at a Cobb County town hall, citing Abrams’ stance on environmental protection, healthcare and gun control.

Winfrey, who said she is a registered independent, has long championed Democratic Party causes and some fans earlier this year tried to encourage her to run against Republican President Donald Trump in 2020.

Winfrey also is to appear alongside Abrams at a second town hall later on Thursday in DeKalb County.

Winfrey, 64, endorsed Democrat Barack Obama before his 2008 White House run, and campaigned for the two-term president.

The contentious gubernatorial race between Abrams, a former leader in the state House of Representatives, and her Republican opponent, Georgia Secretary of State Brian Kemp, has been marred by accusations of voter suppression. 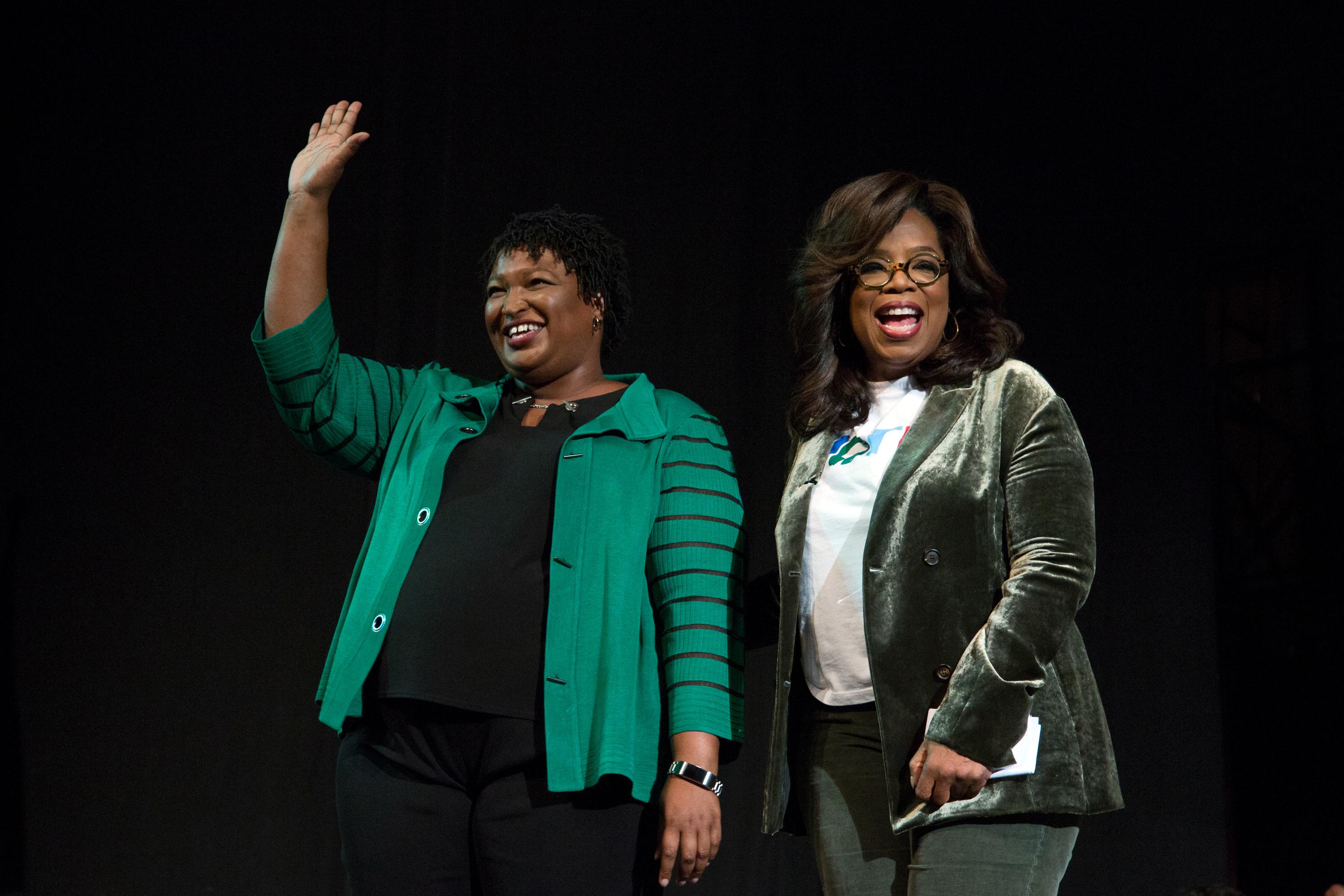 Trump is due in the state on Sunday for a rally supporting Republican candidates including Kemp.