More Arrests Made Amid New Calls for Investigation of Capitol Attack

One week after an angry mob stormed the Capitol, Congress struggled on Wednesday to make sense of the most serious incursion on its home in more than two centuries as lawmakers called for new investigations and federal authorities fanned out across the country, taking into custody several more suspects, including two police officers from Virginia and a firefighter from Florida.

The flurry of arrests and appeals for inquiry came as the House brought a historic second impeachment charge against President Trump and federal law enforcement officials continued to examine whether the assault on the Capitol included coordinated efforts by small groups of extremists and was not merely a mass protest that spiraled out of control. All of this took place as official Washington remained in a defensive crouch, with much of the city surrounded by protective fencing and armed troops camped inside the Capitol complex.

Led by Representative Mikie Sherrill, a New Jersey Democrat and former Navy pilot, more than 30 lawmakers called on Wednesday for an investigation into visitors’ access to the Capitol on the day before the riot. In a letter to the acting House and Senate sergeants-at-arms and the U.S. Capitol Police, the lawmakers, many of whom served in the military and said they were trained to “recognize suspicious activity,” demanded answers about what they described as an “extremely high number of outside groups” let into the Capitol on Jan. 5 at a time when most tours were restricted because of the coronavirus pandemic.

Separately, the inspector general’s office of the Capitol Police said it was opening a potentially wide-ranging inquiry into security breaches connected to the siege. The Government Accountability Office, a nonpartisan federal watchdog agency, signaled that it would look into what role, if any, members of Congress may have played in inciting the mob of Trump supporters who breached metal barricades and shattered windows on Jan. 6, seeking to overturn the results of the election.

Banned last week from Twitter, Mr. Trump issued a brief statement on Wednesday, calling on Americans “to ease tensions and calm tempers.” But high-ranking officials, including some at the Pentagon, have maintained that they are profoundly worried about Inauguration Day, when President-elect Joseph R. Biden Jr. is scheduled to be sworn in.

Seeking to keep their local counterparts informed, Christopher A. Wray, the director of the F.B.I., and Kenneth T. Cuccinelli II, a senior official at the Homeland Security Department, briefed more than 5,000 law enforcement officials on Wednesday about potential threats across the country. They stressed in particular that violence could erupt this weekend at all 50 state capitol buildings around the country. 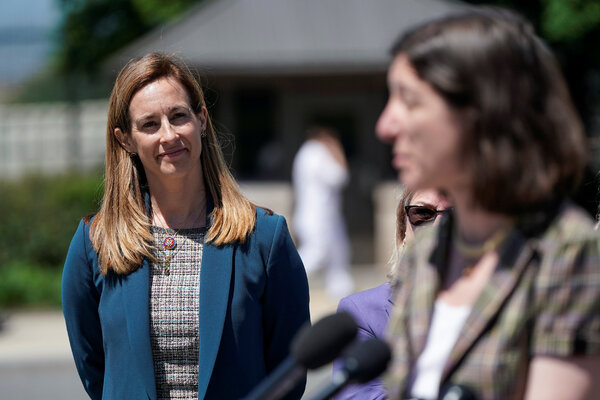 For the first time since the riot in Washington, Jeffrey A. Rosen, the acting attorney general, issued a public statement, saying in a video released overnight Tuesday that he would not tolerate violence or other any criminal behavior and that Mr. Biden would, like all of his predecessors, take office on Jan. 20 in a peaceful transition ceremony. Mr. Rosen also vowed to hold those who stormed the Capitol accountable for what he called an “intolerable, shocking and tragic episode,” and asked the public to share with the F.B.I. whatever it knows about the assault.

The federal investigation — an inquiry of widening scope that has already ensnared more than 70 people — continued apace on Wednesday as charges of disorderly conduct and entering a restricted space were filed against Officer Jacob Fracker and Sgt. Thomas Robertson, two members of the Rocky Mount Police Department in Virginia who attended the riot while off-duty.

According to a criminal complaint, the two men broke into the Capitol last week and posed for a photograph underneath a statue of John Stark, a Revolutionary War general, posting it on a social media. The complaint mentioned a subsequent post by Sergeant Robertson who wrote that the photo showed “2 men willing to actually put skin in the game and stand up for their rights.”

The Houston police chief, Art Acevedo, said in an interview on Wednesday that one of his officers, an 18-year veteran of the force, was also under investigation in connection to the Capitol attack and was likely to face charges.

“It absolutely is clear that he penetrated the Capitol,” Chief Acevedo said, “and we fully anticipate him being charged federally.”

Federal agents made more arrests on Wednesday in New York, Maryland, Texas and Florida, among them a firefighter from the town of Sanford, near Orlando. The firefighter, Andrew Williams, was charged with unlawful entry and disorderly conduct, and his lawyer, Vincent Citro, told a Florida news channel that Mr. Trump was to blame.

“The president and the Capitol Police encouraged despicable behavior,” Mr. Citro said. “Mr. Williams took part in none of it.”

New charges were filed as well against one of the most widely seen figures from the riot: a bearded man photographed inside the Capitol in a sweatshirt emblazoned with the logo “Camp Auschwitz.”

The man, Robert K. Packer, 56, was taken into custody in Newport News, Va., and was charged with unlawful entry and the disruption of official government business. In a complaint filed in Federal District Court in Washington, prosecutors said that a witness identified Mr. Packer because he wore the anti-Semitic sweatshirt regularly as he went about his errands in Newport News.

As more people are charged in connection with the attack, it has become clear that many of those who went to Washington last week were not only angry but heavily armed and, in some cases, dangerous. That point was driven home by court papers filed on Wednesday in the case of Cleveland G. Meredith Jr., who wrote in a text message that he wanted to put a bullet in the “noggin” of Speaker Nancy Pelosi on “live TV,” prosecutors said.

The riot inside the U.S. Capitol on Wednesday, Jan. 6, followed a rally at which President Trump made an inflammatory speech to his supporters, questioning the results of the election. Here’s a look at what happened and the ongoing fallout: 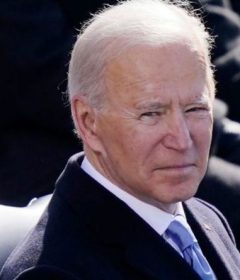 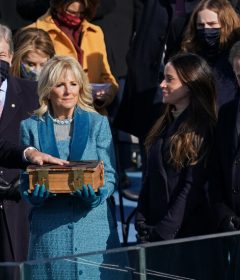 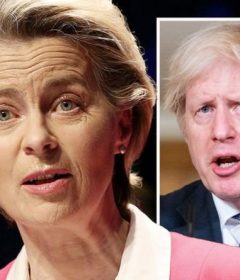