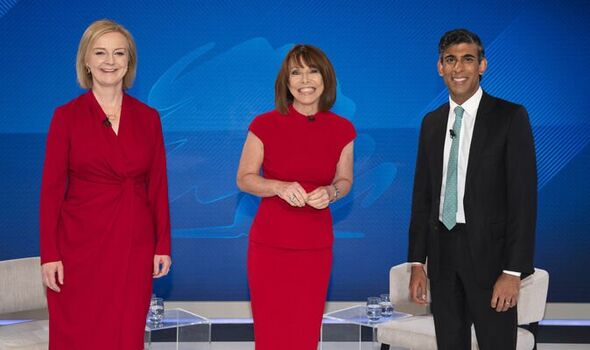 She vowed to “challenge the failing economic orthodoxy” to help millions of struggling families and turbocharge the country’s recovery. The Bank’s historic decision to put up rates by 0.5 percent comes with the UK swamped by soaring inflation and teetering on recession. And it has laid bare the deep divisions in policy between Ms Truss and her Tory leadership rival Rishi Sunak, who was a clear winner in last night’s Sky TV debate – on a show of hands after the electronic system failed.

The Foreign Secretary’s key economic pledge is to immediately slash £30billion in taxes which, she says, will kick-start growth.

But Mr Sunak has warned this “sugar rush” approach will increase borrowing and result in high inflation for longer. Reacting to the Bank’s announcement, Ms Truss said the Bank’s news “underlines the need for the bold plan I’m advocating.

“We need to take immediate action to deal with the cost-of-living crisis, grow the economy and deliver as much support to people as possible.”

Ms Truss said she would hold an “emergency budget” if she becomes Prime Minister and she insisted: “My tax cuts are necessary, affordable and not inflationary.”

And she insisted in last night’s TV debate, hosted by Kay Burley, that recession is “not inevitable” under her plans. 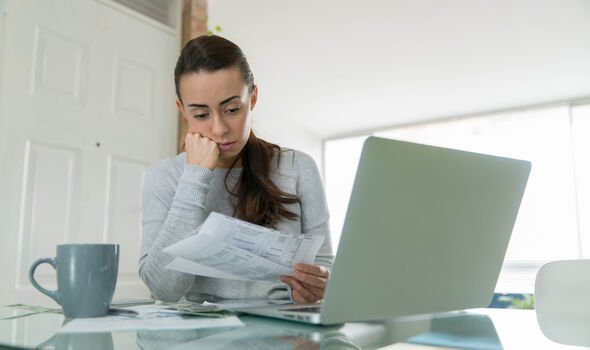 She said: “What the Bank of England has said is extremely worrying but it is not inevitable.

“We can change the outcome and we can make it more likely that the economy grows.”

Ms Truss also suggested she would not introduce another Windfall Tax on energy giants.

Earlier in a swipe at Mr Sunak’s proposals, she said: “You cannot tax your way to growth. Business as usual will not do.

“We need a new approach on the economy, we need to challenge the failing economic orthodoxy and we need to deliver the necessary reform to tackle inflation and achieve sustainable growth.”

Mr Sunak has prioritised getting inflation under control as quickly as possible, saying it is one of the “most urgent challenges”.

He stressed: “Increasing borrowing will put upward pressure on interest rates, which will mean increased payments on people’s mortgages. It will also make high inflation and high prices last for longer, making everyone poorer.”

He insisted: “The big decision here is around tax.

“You have to do it in a measured way and at the right time but not start coming forward with tens of billions of unfunded tax cuts right now.”

But Sajid Javid defended Ms Truss’ plans, claiming they would not necessarily fuel inflation or ramp up borrowing and warning it would be “riskier” not to cut taxes.

The former chancellor said that Office for Budget Responsibility forecasts had around £31billion of “fiscal headroom” by 2024/25 “so that’s the first thing you can use to make tax cuts now”.

With a month to go before the Boris Johnson’s replacement is due to be unveiled, she seems to be on the verge of victory with a 20-point lead in an exclusive poll for the Daily Express.

The Techne UK/Express tracker poll revealed that in the past week support for her has surged by eight points ­among Conservative supporters to 56 percent while ­Mr Sunak’s support has ­fallen off a cliff to 36 percent.