Party bosses will announce tomorrow who has won the race to take over from the hard- Left socialist. Sir Keir Starmer is the strong favourite to see off the challenge of Rebecca Long-Bailey and Lisa Nandy. In a video message to his supporters, released as ballots closed at noon yesterday, the Shadow Brexit Secretary said: “With the campaigns that Rebecca and Lisa have run, and that we’ve run, I think we’ve demonstrated to our party, to our movement, and hopefully to the country that real good can come out of this election.”

Ms Nandy also released a video thanking supporters, saying: “We have shown Labour to be a party that has both humility and self-confidence.”

The contest was triggered after Mr Corbyn, 70, announced he was standing down in the wake of December’s general election, when Labour slumped to its worst performance since 1935.

Ballots were sent out in the middle of February, when the number of confirmed coronavirus cases in the UK was still in single figures. 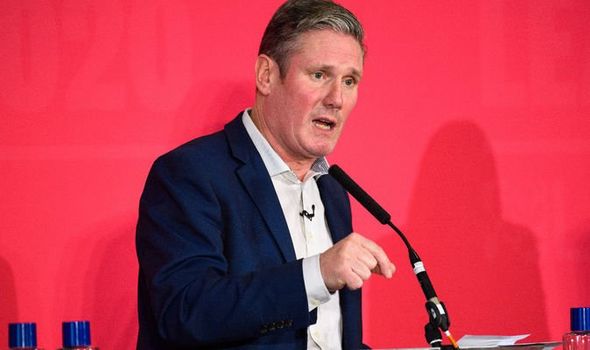 Hustings and other events in the leadership race, as well as the contest to become deputy leader, have been cancelled since social distancing policies were introduced.

Labour’s new deputy leader, to succeed Tom Watson, will also be announced at the same time. Shadow Education Secretary Angela Rayner has long been the favourite.

A special conference in London scheduled for tomorrow has been cancelled and results will be posted online.