In a letter to Sir Simon McDonald, the permanent under secretary at the Foreign and Commonwealth Office, Sir Kim said the current situation had made it “impossible” for him to carry out his job. He said he believed it was “responsible” for a new ambassador to take his place. He wrote: “Since the leak of official documents from this Embassy there has been a great deal of speculation surrounding my position and the duration of my remaining term as ambassador.

“I want to put an end to that speculation. The current situation is making it impossible for me to carry out my role as I would like.

“Although my posting is not due to end until the end of this year, I believe in the current circumstances the responsible course is to allow the appointment of a new ambassador.

“I am grateful to all those in the UK and the US, who have offered their support during this difficult few days. This has brought home to me the depth of friendship and close ties between our two countries. I have been deeply touched.

“I am also grateful to all those with whom I have worked over the last four decades, particularly my team here in the US. The professionalism and integrity of the British civil service is the envy of the world. I will leave it full of confidence that its values remain in safe hands.” 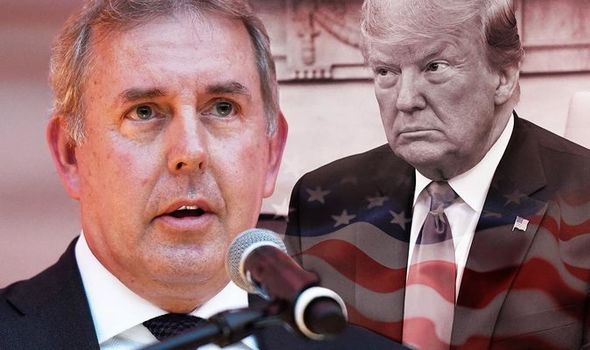 Sir Kim has been at the centre of a diplomatic row between the UK and US after a string of messages of his private messages where he questioned whether the White House “will ever look competent” were made public on Sunday.

Donald Trump went on the warpath following the release and even banned Sir Kim from attending a lavish White House dinner for the Emir of Qatar shortly after posting a scathing attack of the British ambassador on Twitter.

The US leader called for the British diplomat to be sacked saying he was “not liked or well thought of within the US” and warned the White House “will no longer deal with him”.

Reacting to the news, outgoing Prime Minister Theresa May said she has told Sir Kim that it is a “matter of great regret” that he has felt it necessary to resign. 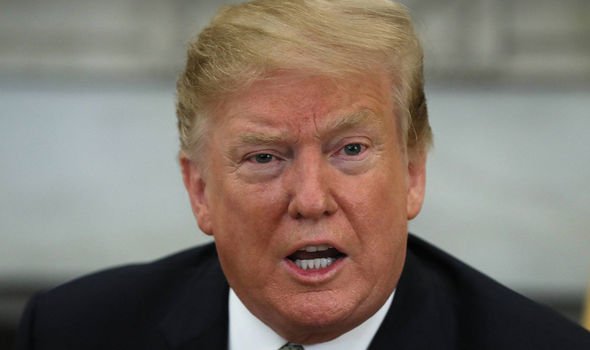 Work and Pensions Secretary Amber Rudd said on Twitter: “A great shame that @KimDarroch has resigned. A selfless patriot, a terrific civil servant and a warm character.

“He was a source of calm and wise advice to me as I worked with US intelligence colleagues, and his tireless work has made Britain safer.”

Brexit Party leader Nigel Farage, who called on Sir Kim to step down, tweeted: “The right decision, time put in a non-Remainer who wants a trade deal with America.”

In response to Sir Kim Darroch’s resignation, Tory leadership hopeful Boris Johnson said he regretted the news because “he is a superb diplomat and I worked with him for many years”.

He said: “I think whoever leaked his diptels really has done a grave disservice to our civil servants, to people who give impartial advice to ministers.

“I hope that whoever it is, is run down, caught and eviscerated, quite frankly, because it is not right that advice to ministers that civil servants must be able to make in a spirit of freedom should be leaked. 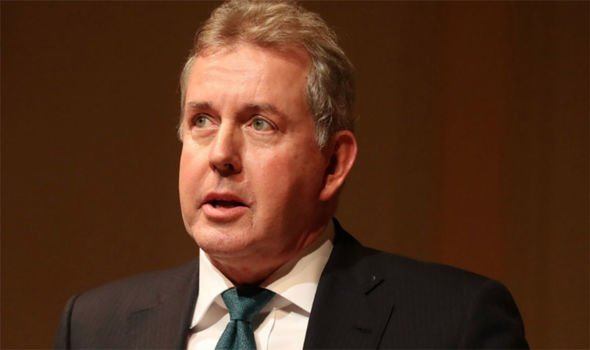 “It is not right that civil servants’ careers and prospects should be dragged into the political agenda.”

But Labour MPs said Sir Kim had been “shamefully” forced out and said the UK government had allowed themselves to be “bullied” by the US.

Labour MP Ben Bradshaw said on Twitter: “The shameful forcing out of Kim Darroch after Johnson failed to back him shows Johnson as PM would be nothing more than Trump’s lap dog. What a humiliating prospect for our United Kingdom.”

And fellow Labour MP Bill Esterson tweeted: “The resignation of Kim Darroch, our US ambassador shows that the UK government is happy to let the US President bully them. Contemptible from our government.”

Former home secretary Yvette Cooper added: “Appalling it has come to this. Kim Darroch is a serious & honourable public servant who was doing his job. British representation across the world should not be decided by hostile security leaks or bullying belligerence from abroad.”