The shadow chancellor said no to becoming the successor to the veteran left-winger before highlighting a series of Labour MPs who could become the party’s first elected female leader. He told The Times: “If Jeremy got hit by the No 57 bus, or whatever it is, there’s the next generation coming through. “And the reality is the next leader should be a woman. It’s high time to have a woman.”

He praised a group of women, including Emily Thornberry, suggesting she may be in line for the top job despite being accused of snobbery towards the working class.

She infamously posted a picture of an England flag draped over a modest terrace house that had a white van parked in the drive, captioning the image on Twitter “Image from Rochester”.

The post was dubbed the ‘White Van Tweet’ and resulted in Ms Thornberry, who lives in a £3million house in London, issuing an apology before losing her role on Labour’s frontbencher in 2014.

The tweet triggered accusations of snobbery and was widely condemned by the Labour Party, then led by Ed Miliband. 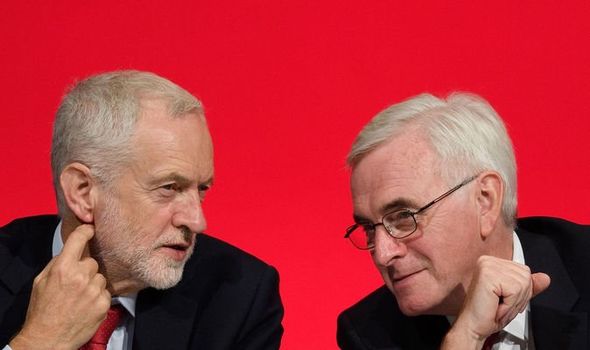 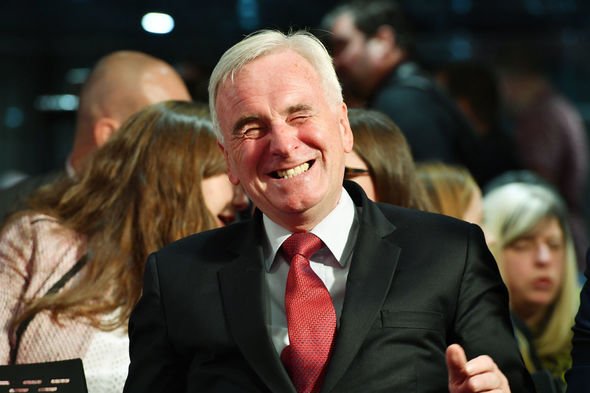 Regardless, she was praised by Mr McDonnell.

The shadow chancellor has also set out plans for a Labour government to offer 500,000 interest free loans a year for five years for the purchase of electric cars.

In an interview with BBC Radio 4’s Today, Mr McDonnell set out his plans to help encourage motorists to choose cleaner electric vehicles. 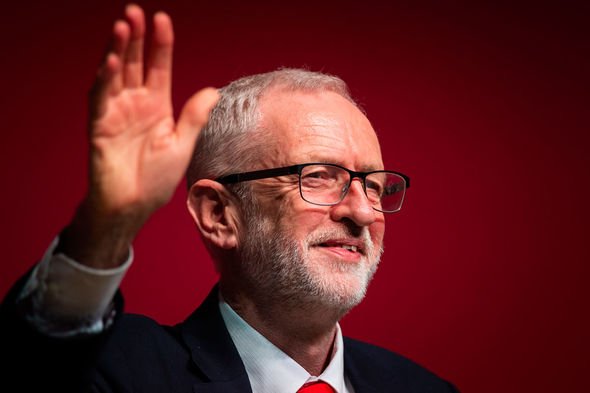 The loans of up to £33,000 will allow low- to middle-income households, those living in rural areas and small businesses, to save on new electric cars.

He said a Labour government would cover the £1,500 cost of interest on a loan, with individuals saving up to £5,000 over time.

Mr McDonnell said: “This will stimulate the automotive industry, it will sustain jobs in the conversion from fossil fuels to electric but actually it will create new jobs as well.

“So this is beneficial in terms of the climate, it is beneficial for those people who want to convert their carbon-fuel powered car into an electric vehicle that is sustainable. 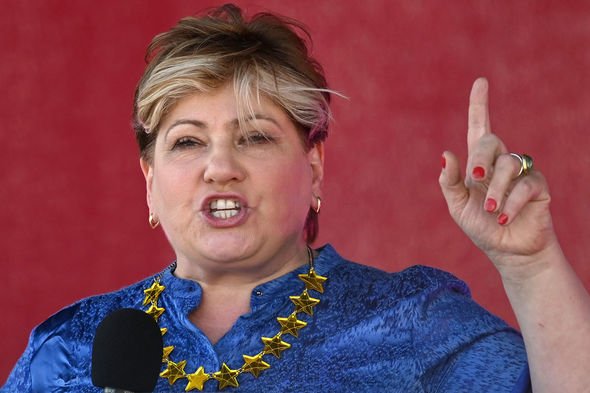 “At same time it will help support the automotive industry and create jobs. Those jobs are in areas where we have had real issues, particularly with Brexit.”

Mr McDonnell’s remarks come 24 hours after the party was embroiled in a major row on the eve of their party conference after a plot was launched to oust deputy leader Tom Watson.

A motion was put forward to the party’s all-powerful National Executive Committee to abolish Mr Watson’s post of deputy leader.

The West Bromwich East MP had sent his apologies ahead of the meeting, explaining he would be absent because he had to look after his children.

However, Jon Lansman, leader of the grassroots organisation Momentum, seized on the opportunity to call for a vote of Mr Watson’s role.

A motion to eradicate the position of deputy leader failed to receive the two-thirds majority required yesterday evening but is expected to be voted on again later today.

One Labour MP described the attempt to ditch Mr Watson as “crazy”.