‘In depth report’ on Tory ‘bullying’ allegations expected on Monday 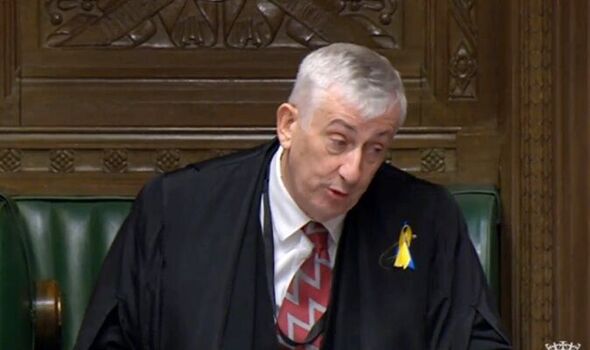 Commons Speaker Sir Lindsay Hoyle says an “in-depth report” on Conservative Party “bullying” allegations is expected on his desk by Monday. He told Good Morning Britain that “a lot of people have been interviewed” as part of the investigation. Sir Lindsay asked the Serjeant at Arms and other officials to allegations of “manhandling” during last week’s vote on fracking, which came on the final chaotic day of Liz Truss’ premiership.

In a statement to MPs last week, Sir Lindsay said: “I remind Members that the behaviour code applies to them as well as to other members of our parliamentary community.”

It was claimed that Tory backbenchers had been bullied and physically “manhandled” during the vote.

Labour’s motion to ban the practice of fracking was defeated by 230 votes to 326, a Government majority of 96.

Labour MP Chris Bryant told BBC Radio 4’s Today programme at the time that the atmosphere at the vote was “very aggressive, very angry”, describing some MPs’ behaviour as “clear bullying and intimidation”.

He claimed: “I saw a whole swathe of MPs effectively pushing one member straight through the door. I’ve seen photographic evidence of one MP’s hand on another.

“I have never seen scenes like that. All of this is happening because there is complete chaos in government.”

Mr Bryant added that Tory MPs, including one whip, were “literally crying on my shoulder”.

One female former cabinet minister told Express.co.uk: “I wasn’t manhandled myself but in all my time in Parliament, I have never seen anything like it.”

“You couldn’t make this toxic stuff up, nasty to see the Tories at work, if this is how they treat their MPs spare a thought for the country.”

Fellow Labour MP Ian Murray MP, Shadow Secretary of State for Scotland, added: “I’ve never seen scenes like it at the entrance to a voting lobby.”