Mrs Thatcher famously lost her grip on the party after a Commons speech attacking a European power-grab, in which she declared: “No, No, No.” But documents published for the first time by the Margaret Thatcher Foundation reveal how her battling stance had been inspired by a young Mr Johnson.

Then a Brussels-based journalist, he wrote an article about European Commission President Jacques Delors’s plans for a centralised European Federation.

Although the Foreign Office disputed some of the claims, Mrs Thatcher’s aides urged her to use the story to show she could still “handbag” opponents.

But within weeks of her “No, No, No” speech, the Iron Lady’s 11-year reign came to an end and she was forced to resign after a leadership challenge.

Her deputy, Sir Geoffrey Howe is blamed for seeing her off by quitting the Cabinet and delivering a bruising resignation speech that blasted the leader’s anti-Europe stance as damaging for Britain. 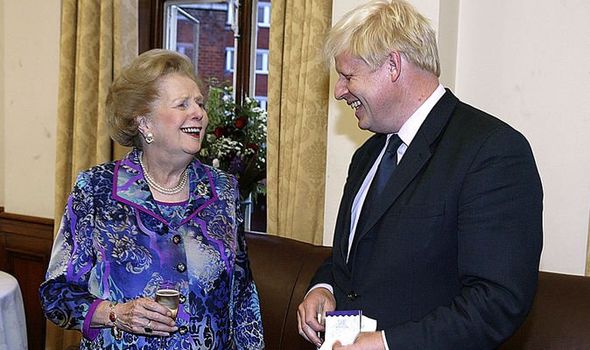 Mr Johnson, an ardent fan of Mrs Thatcher, was just 26 at the time she left Downing Street and has since described her overthrow as an assassination.

But Mr Collins said his Daily Telegraph article managed to “light the blue touchpaper” leading to the November 1990 bombshell.

He said the coincidence was one of “life’s little ironies”, adding: “I am not saying she wouldn’t have fallen but for the article or anything like that.

“But it is a poignant detail that No10 chose this particular piece of journalism to light the blue touchpaper. 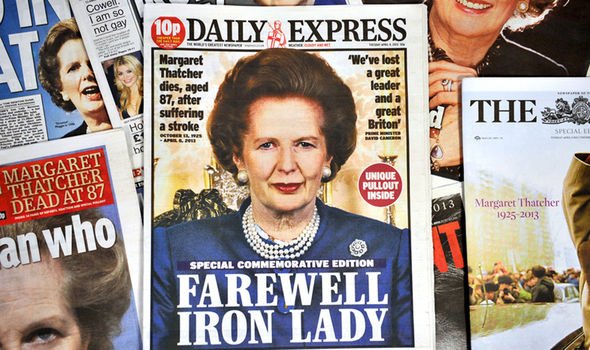 “It’s part of what triggers the series of events that pulls her down – but it’s not that it’s the cause.”

He said Britain’s longest-serving premier – who died seven years ago – would have been aware of the article’s mischievous slant.

Based on a briefing by the Frenchman, he also claimed that a new European Federation would revolve around the Commission and its council of ministers.

However, a Foreign Office memo from the foundation’s archives insists the EC’s written brief “does not contain what M Delors is reported by The Daily Telegraph as having suggested”.

It adds: “It does not propose any radical change in the present institutional plans… although it does contain a lot of other horrors.”

But when Mrs Thatcher spoke at the Treasury Bench at the end of October, she based her attack on the future Premier’s account.

Two days later Sir Geoffrey, a Tory heavyweight who had endured a fraught relationship with his leader, quit as Lord President of the Council.

Speaking in the Commons he told Mrs Thatcher that he was “deeply anxious that the mood you have struck” would “make it more difficult for Britain to hold and retain a position of influence”.

In the fallout, her authority was undermined and she resigned on November 22, despite a narrow leadership ballot win against Michael Heseltine.

● The files can be viewed from Monday at margaretthatcher.org or at the University of Cambridge’s Churchill Archives Centre.