Factbox: Can the new U.S. attorney general shut down the Mueller probe?

(Reuters) – U.S. President Donald Trump’s decision on Wednesday to oust Attorney General Jeff Sessions and replace him with a noted critic of Special Counsel Robert Mueller raised immediate fears among Democrats about the future of Mueller’s investigation of Russian interference in the 2016 election. 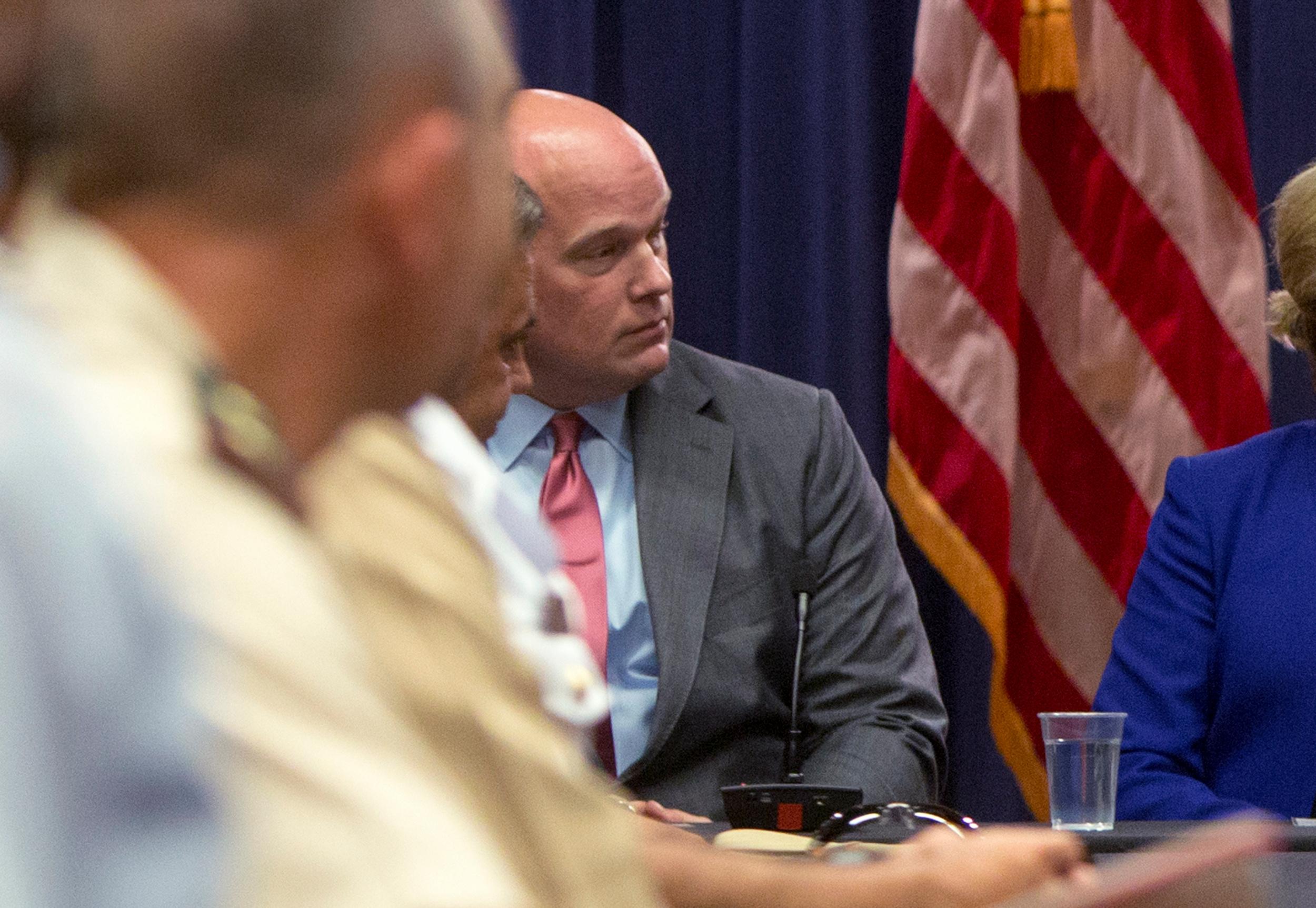 The department confirmed he would be assuming oversight of the Mueller probe from Deputy Attorney General Rod Rosenstein. The investigation is looking into U.S. allegations of Russian meddling in the election two years ago and any possible coordination between Russian and the Trump campaign, which the president denies.

The appointment generated immediate controversy given Whitaker’s previous public comments criticizing the probe. He previously wrote an opinion piece for CNN entitled “Mueller’s investigation of Trump is going too far” that said Trump’s personal finances should be considered off-limits.

Senate Democratic leader Chuck Schumer called on Whitaker to recuse himself over his previous statements and Democratic Representative Jerrold Nadler said the House Judiciary Committee would investigate Session’s firing once he assumes the chairmanship in January.

Here is a look at how Whitaker might stop or slow the Mueller investigation and the risks he might run in doing so.

CAN WHITAKER BE FORCED TO RECUSE HIMSELF?

Under government ethics regulation, federal employees are required to recuse themselves from matters where their impartiality could reasonably be questioned.

Sessions, who was an early backer of the Trump campaign, recused himself in March 2017 from overseeing the Russia investigation under a similar rule which prohibits officials from overseeing investigations into subjects with whom they have a “a personal or political relationship.”

The department’s No. 2, Deputy Attorney General Rod Rosenstein, took over and appointed Mueller after Trump fired then-FBI Director James Comey in May 2017.

Kathleen Clark, a professor of legal ethics at Washington University in St. Louis, said Whitaker’s previous comments about the Mueller probe raise questions about his impartiality and warrant his recusal.

But Clark said there was no clear enforcement action, like a lawsuit, that could force Whitaker to recuse himself if he declined to follow the rule.

“Essentially we need to shame him into acting in compliance with the law,” she said.

The special counsel regulation under which Mueller was appointed gives the attorney general or acting attorney general authority to fire Mueller only for “good cause,” such as misconduct, dereliction of duty, incapacity or conflict of interest.

If Whitaker decided to fire Mueller, he would need to inform the special counsel in writing of the specific reason for his termination.

Good cause is a difficult thing to show, especially since Mueller’s actions were approved by the deputy attorney general, said Jens Ohlin, a professor of criminal law at Cornell Law School.

“I don’t think Whitaker has good cause to fire Mueller. He would have to trump up some charges,” Ohlin said.

COULD A MUELLER FIRING BE CHALLENGED ON LEGAL GROUNDS?

Mueller could seek to challenge his own firing if he felt Whitaker lacked the good cause required by the special counsel regulation, said Ohlin. A court might then issue a temporary restraining order blocking his removal.

Any action by Whitaker could potentially be challenged under the Vacancies Reform Act Trump used to appoint his acting attorney general. The law was intended to address vacancies created by deaths or resignations, but it is not clear it also applies to those created by firings.

There is some question whether Sessions was fired or resigned. The former attorney general submitted a letter of resignation at the president’s “request.”

The possibility that Sessions was fired could open Whitaker’s appointment to court challenge by a range of people, including Mueller, impacted by his actions. Or by people who have nothing to do with the Russia investigation, said Ohlin.

But Paul Rosenzweig, a former senior counsel to independent counsel Kenneth Starr, said he thought such a lawsuit would be unlikely to succeed because the U.S. Supreme Court has said the president has wide latitude to fire executive branch officials.

HOW COULD WHITAKER IMPEDE MUELLER WITHOUT FIRING HIM?

Under the special counsel regulation, Whitaker has the power to block any “investigative or procedural step” Mueller recommends, such as bringing an indictment or subpoena, if he determines it to be “inappropriate or unwarranted under established Departmental practices.”

Whitaker would be required to notify Congress of such a decision.

Short of legislation intended to protect Mueller, which is unlikely to pass, there is little Congress can do to challenge Whitaker’s oversight of Mueller, said Rosenzweig.