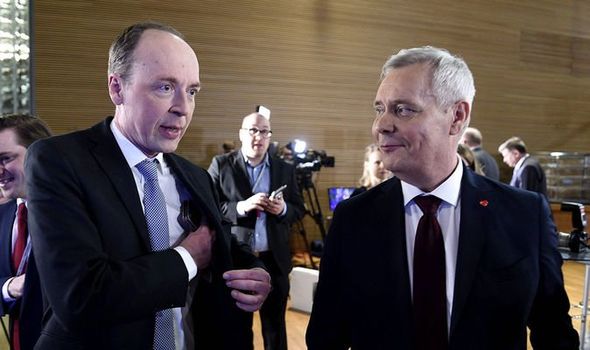 The EU member state looks on course to pick its first leftist leader in two decades after Antti Rinne’s Social Democrats took 18.9 percent of the votes, after 35.5 percent of ballots had been counted. But the process of putting together a coalition could be drawn out because of the nation’s fragmented parliament.

And with the Finns’ strong showing (15.1 percent of the vote) coalition talks are set for further complications, with most party leaders ruling out any cooperation with them.

Meanwhile the centre-right National Coalition of outgoing Finance Minister Petteri Orpo came in second, with 17.2 percent of the advance ballots. 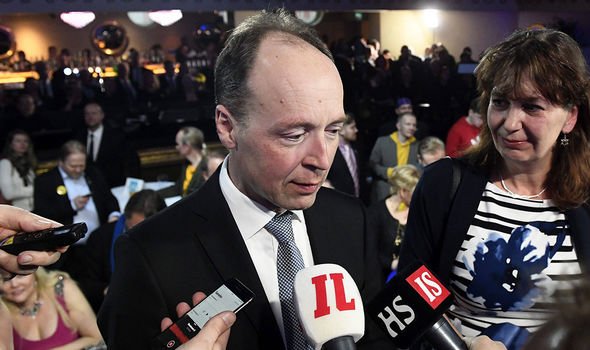 For the first time in a long time, Social Democrats are the largest party

The nationalist True Finns party came in fourth, with 15.1 percent of the vote.

Speaking after the justice ministry released its data, Mr Rinne, a 56-year-old former union leader, said: “For the first time in a long time, Social Democrats are the largest party.”

About 36 percent of voting-age Finns cast their votes in a seven-day advance voting period that ended on Tuesday. The results from these votes are often skewed due to differences in voter behaviour in different regions. 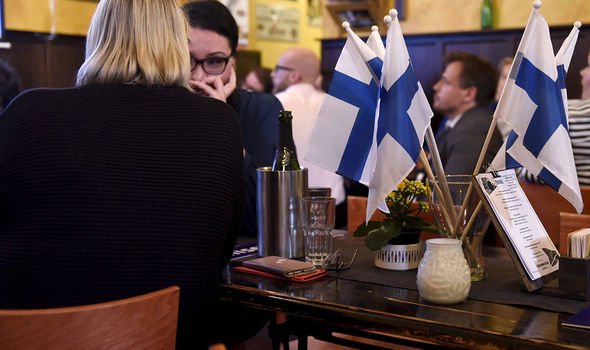 With the top contenders running close, the final results could still show another group winning and getting the first shot at forming government.

At the stake in the election is the future shape of Finland’s welfare system, a corner of its social model, which the leftist want to preserve through tax hikes and the centre-right wants to see streamlined because of rising costs.

The Finns call for limits on the country’s environmental policies, arguing the nation has gone too far in addressing issues such as climate change at its own expense, as well as a revamp of its immigration stance.

With the European Parliament election less than two months away, the Finnish ballot is also being watched in Brussels. A strong result for the Finns Party could bolster a nationalist bloc threatening to shake up EU policy-making.