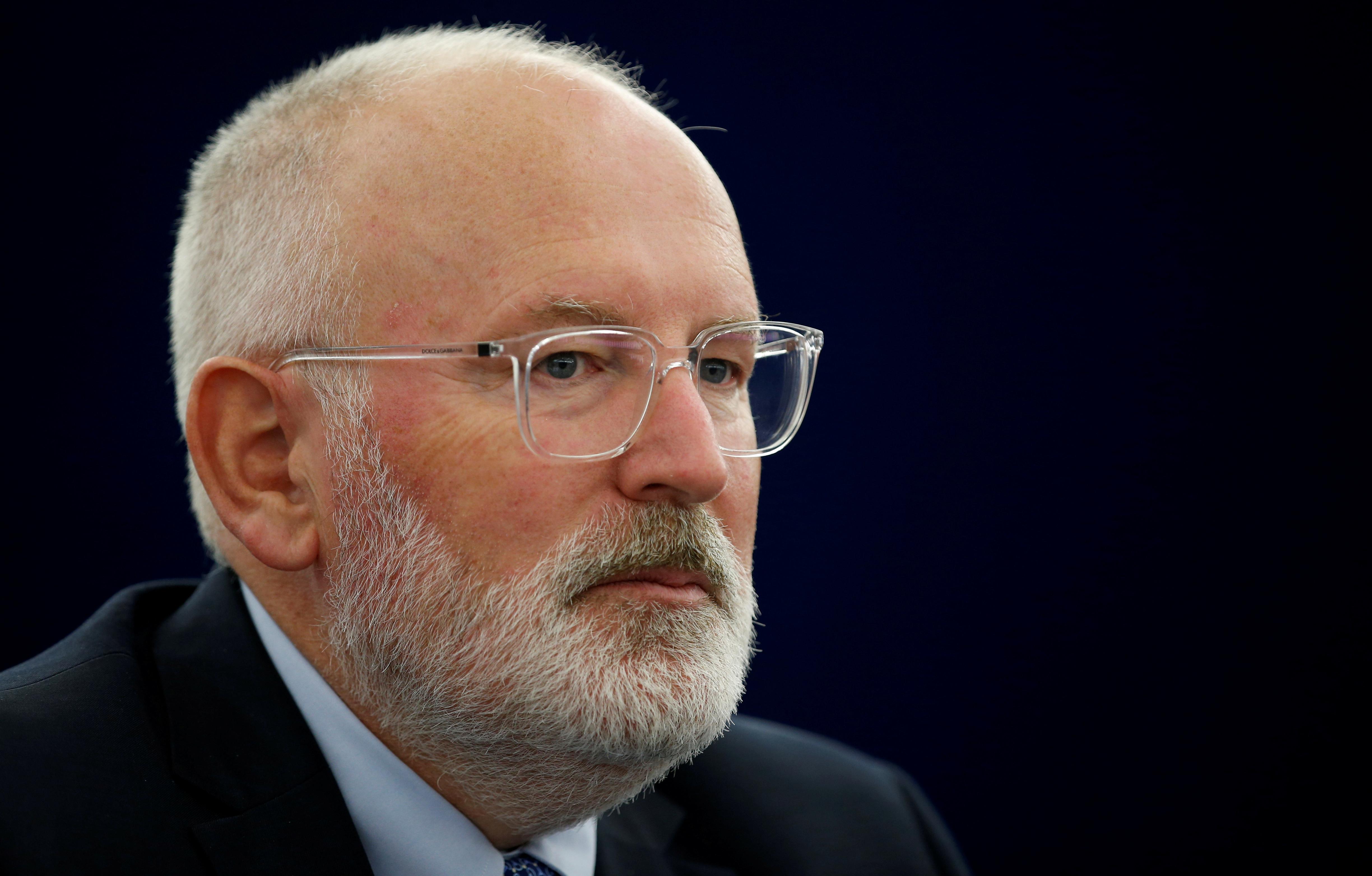 BRUSSELS (Reuters) – The European Union’s deputy chief executive hailed Democratic victories in the U.S. midterm elections in comments that took a clear swipe at what he called “rudeness” and “racism” under President Donald Trump.

“Inspired by voters in the U.S. who chose hope over fear, civility over rudeness, inclusion over racism, equality over discrimination,” tweeted Frans Timmermans, a former Dutch foreign minister who is first vice president of the European Commission led by Jean-Claude Juncker.

“They stood up for their values. And so will we,” he added.

Campaigning is getting under way in Europe for May elections to the European Parliament, in which Timmermans is leading the campaign for the center-left.

A fellow Socialist commissioner, former French finance minister Pierre Moscovici who oversees economic affairs, also tweeted an ironic comment about Trump, who had earlier declared on Twitter that the election was a “tremendous success”.

There was no immediate official comment from Juncker or the Commission as an institution.

Trump’s criticisms of the EU, including praise for Britain’s decision to leave the bloc, his policies in the Middle East and threats of a trade war against the Union, worry EU leaders.

Commission President Juncker secured a deal with Trump in July to stave off new U.S. tariffs on EU goods, but relations remain tense. However, losing control of the House may undermine Trump’s ability to push through some of his trade policies.