Home » Politics » Did Washington Just Have an Actual Weekend?

Did Washington Just Have an Actual Weekend?

WASHINGTON — President Biden did not do anything this weekend.

Well, let’s rephrase: President Biden did not do anything alarming this weekend.

There were exactly eight tweets, each one rooted in what can best be described as reality. There was a visit to spend time with an ailing friend, Bob Dole, the former Republican senator. And there was a stop at church with the grandchildren.

Since Mr. Biden assumed office, the weekends have been portraits of domesticity — MarioKart with the kids at Camp David, bagels in Georgetown and football in Delaware. A Peloton devotee, he doesn’t even play golf. Mr. Biden’s demonstrable uninterest in generating audacious headlines only emphasizes how much the Trump-size hole in Washington has created a sense of free time in all realms of the capital. Psychically, if not literally.

Though the workload remains (this is still Washington, after all) people are grabbing a few more hours of sleep in the span of time formerly known as the weekend.

“It was going from working 24/7 to sort of not working at all in a snap,” Representative Ted Lieu, Democrat of California and one of the House managers who prosecuted Donald J. Trump in his second impeachment, said of his first post-trial hours. “And it did take awhile sort of for my body and mind to calm down.”

Mr. Lieu says he is already back to work full speed. Among other things, he is pushing legislation that he says will be written to close loopholes that Mr. Trump has exploited, including a bill that would create penalties for failing to respond to congressional subpoenas.

But first, binge-watching: The Sunday after the trial ended, Mr. Lieu spent his first Trump-free hours watching episodes of “Snowpiercer.”

Mr. Biden, who is focusing on his $1.9 trillion coronavirus relief package, has said that he, too, wants to move on from discussing Mr. Trump. “I don’t want to talk about him anymore,” the president said during a CNN town hall in Wisconsin last week. The reality is a bit different. Mr. Biden has repeatedly brought up what he said are failings of the Trump administration as he sought to win patience from the public during the rollout of coronavirus vaccines.

There is a parallel in the news industry, where reporters covering this new-old version of Washington say they are ready to get back to the type of journalism that does not involve deciphering a human mood ring. CNN and MSNBC, whose journalists and personalities have spent years challenging Mr. Trump’s policies, have quietly reduced the number of Trump-focused journalists working on contract in recent months.

Mr. Trump has, of course, predicted that the political news complex will crumble without him. Members of that complex say they have some room to breathe and, crucially, to plan.

“As the host of a weekly show, the glaring absence of presidential Twitter scandals means I can plan ahead with the expectation that our plan will actually be implemented,” said Brian Stelter, a former New York Times reporter who hosts “Reliable Sources” on CNN. “Informally, we used to leave a five-minute-size hole in my Sunday show, expecting some sort of big news to break on Saturday night. Now we don’t assume that’s going to happen anymore.”

Other journalists say they welcome the renewed attention on policy.

“A linear policymaking process, it’s still interesting,” Jake Sherman, a veteran of Politico and a founder of Punchbowl News, said of the relative return to normalcy brought by the Biden era. “When you’re confident that a rotating cast of characters is not going to change the course of American government, that’s a comforting thought.” 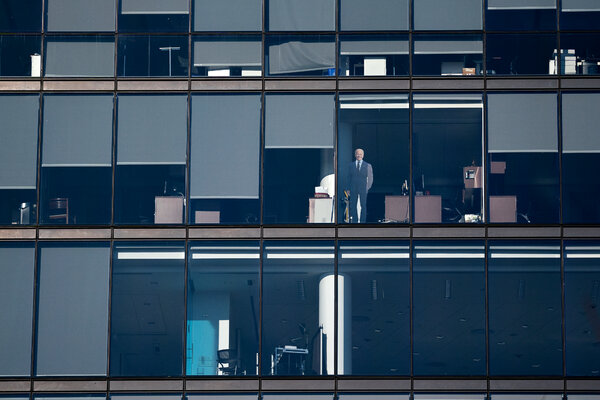 Olivia Nuzzi, a Washington correspondent for New York magazine, said she was reconfiguring her relationship with the White House — specifically, the idea that the current president has little interest in undermining his own press officers and policy experts.

This weekend, Ms. Nuzzi said, she was also surprised to learn that Mr. Biden had quietly gone to church. She realized how much she had been keeping tabs on Mr. Trump’s every move, just in case he upended the news cycle on impulse.

Outside the insulated worlds of politics and the news media, there is no normal to return to. Washingtonians who don’t have to hang on the president’s every word are still struggling to adjust to life in a city where the Capitol and the White House have essentially been militarized, and where daily life has been upended by both the coronavirus and civil unrest.

Amy Brandwein, a chef and the owner of Centrolina, has watched brunch-goers return to downtown on the weekends, but she and other restaurateurs have struggled for nearly a year to regain the business lost because of the pandemic.

She is also afraid that the political turmoil will continue. Ms. Brandwein said her plans to install outdoor bubblelike structures to provide a socially distant dining option were delayed because of the violence at the Capitol on Jan. 6. She estimates she has lost about $200,000 in business on days she had to close because of protests that drew the Proud Boys and other extremist groups.

Mr. Trump may be gone from the capital, but she worries his supporters will still endanger her employees and her business. “I wonder about the security in the future of downtown or generally in D.C.,” she said, “because the Trump movement is still going on.”

As Washington staggers to its feet, it is clear that Mr. Trump is happy to haunt the dreams of anyone suddenly getting more sleep.

He has issued news releases through his post-presidency office whose targets have included not only the entire Democratic Party, but also Senator Mitch McConnell of Kentucky, the Republican leader. He has sat for interviews on Fox News, repeating disputed or untrue theories about his election loss that allies like Sean Hannity have refused to challenge.

And at Mar-a-Lago, his fortress by the sea, Mr. Trump still expects a full crowd on the dinner patio to stand and applaud, just as it did when he was in office.

Other Republicans have filled the void left by Mr. Trump’s diminished profile. A nice chunk of the past week was dedicated to the Washington chattering class gathering around an old-fashioned political scandal like it was a warm campfire: Senator Ted Cruz of Texas absconded to Cancún — Cancún! — while his constituents suffered during a snowstorm and a blackout. The Cruz caper was perhaps the starkest sign yet of a new political era: Mr. Trump was not around to give Mr. Cruz cover by instinctively turning the spotlight on himself.

But the former president’s supporters are expecting him to end his relative silence — perhaps with his scheduled address to the Conservative Political Action Conference in Orlando, Fla., on Sunday.

Wayne Allyn Root, a radio host and frequent Mar-a-Lago visitor, said Mr. Trump was beholden to Republican expectations that he become a “kingmaker” for the party in 2022, if he doesn’t become a 2024 candidate himself.

“He needs time to heal,” Mr. Root said, “and I think that time is just about coming to an end.”

In the meantime, a battered and bruised capital has adjusted to life at a calmer pace, with quieter activities and words replacing the obscenities, characters and gibberish that used to shape how the days were spent. Bagels over Bannon. Grandchildren over golf. Church over covfefe.

The historian Michael Beschloss said it would take some time to readjust to the idea that presidents do not typically rate their hour-by-hour existence on how many headlines they can generate.

“It’s human nature that in order to defend themselves, people locked in a careening car with a reckless driver will have their eyes wide open and hearts racing, with lots of adrenaline flowing,” Mr. Beschloss said. “I hope that for most Americans, that car ride has now stopped, and we can stagger out and catch our breath.” 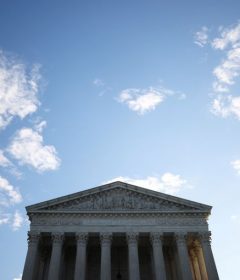 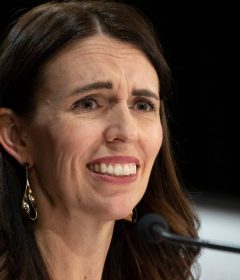 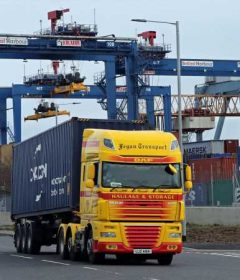