Denver Measure 2J — the effort to repeal the city’s pit bull ban — had 64.2% support as the first election returns were reported just after 7 p.m. Tuesday.

Councilman Chris Herndon led the effort to put the question to voters after Hancock vetoed a similar measure passed by the City Council earlier this year.

The measure would replace Denver’s pit bull ban with a type of restricted license for the dogs. Owners would be required to register their pit bulls — limited to two per home — pay a higher fee than is required for other dogs, maintain appropriate paperwork and have no issues for three years before the restricted license would be removed.

Herndon argued — with the support of experts — that breed-specific legislation is ineffective and often targets communities of color. Many Denverites already own pit bulls, he argued, and repealing the ban would bring them out of the shadows and allow city officials to track and regulate the animals.

While many backed Herndon’s proposal, others said they feared the dogs and the potential attacks city residents could face if pit bulls were allowed in Denver.

City Council passed Herndon’s legislation, but ultimately it died with a swish of Hancock’s red pen. The mayor said that since many in Denver already own pit bulls, he wasn’t sure those already breaking the law would be inclined to sign up for a restricted license. 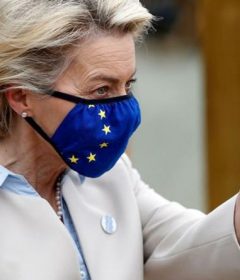