As progressives balked at an emerging bipartisan deal, top Democrats said they hoped to move forward in July with a budget maneuver that would allow them to push through their own plan. 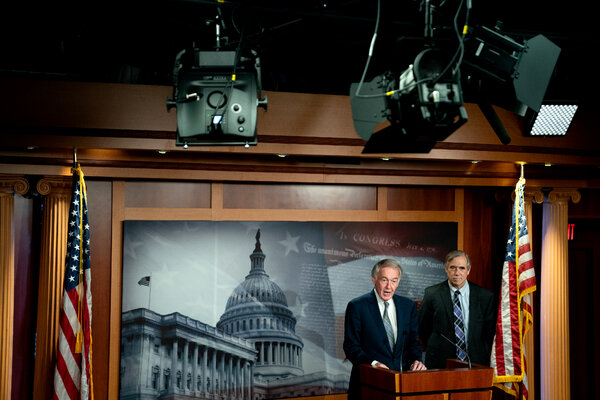 By Emily Cochrane and Jonathan Weisman

WASHINGTON — Top Senate Democrats vowed on Tuesday to steer around Republican opposition and press forward with their own ambitious package of tax increases and public works programs, continuing a parallel track even as the White House and a bipartisan group of senators reached for a compromise infrastructure plan aimed at drawing support from both parties.