Coronavirus: PM warns pupils’ ‘life chances’ will suffer if they don’t go back to school

The prime minister has said pupils’ “life chances” will suffer if they do not return to their classrooms for the start of the new academic year.

The statement by Boris Johnson is part of a government effort to convince concerned parents it is right to send their children back when schools reopen around the country.

It follows advice from the UK’s chief four medical officers which said “very few, if any” children would come to long-term harm from the virus by attending school, while there was a “certainty” of harm from not attending.

Thanking schools for their work to ensure classrooms are COVID-19-secure, Mr Johnson said: “We have always been guided by our scientific and medical experts, and we now know far more about coronavirus than we did earlier this year.

“As (England’s) chief medical officer has said, the risk of contracting COVID-19 in school is very small and it is far more damaging for a child’s development and their health and wellbeing to be away from school any longer.

“This is why it’s vitally important that we get our children back into the classroom to learn and to be with their friends. Nothing will have a greater effect on the life chances of our children than returning to school.”

Pupils in England, Wales and Northern Ireland are due to return to school in the coming days and weeks.

However in Scotland, where the new term began earlier this month, there has already been a small number of school closures following cases of the virus.

The Association of Schools and College Leaders and the National Education Union have called for the government to set out a ‘plan B’ for how education will be provided if similar local closures are required elsewhere. 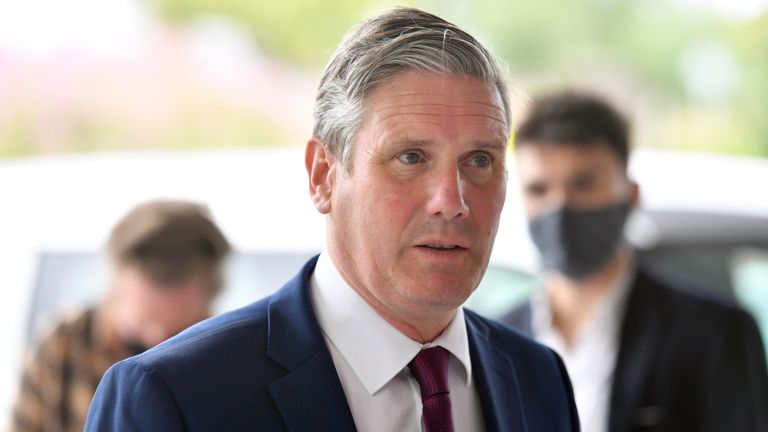 Labour leader Sir Keir Starmer told The Observer newspaper that the chances of schools reopening was at “serious risk” because the Department for Education had spent recent weeks dealing with the controversies around exam results rather than putting plans in place.

Liberal Democrat education spokeswoman Layla Moran said: “The government must rapidly upscale test and trace and ensure schools have the mental health support, financial resources and the use of community spaces they need ahead of opening fully.

“The country, and seemingly the prime minister, has lost faith in (education secretary) Gavin Williamson.

“To restore confidence among parents, pupils and teachers, the best thing the prime minister could do is sack him, rather than speak for him.”