England will enter a fresh month-long lockdown from tomorrow after MPs approved the new shutdown.

In a House of Commons vote on Wednesday, MPs supported the new coronavirus measures by 516 to 38, a majority of 478.

It means that, from one minute past midnight, pubs, bars, restaurants and non-essential shops will close across England and stay shut until 2 December.

People will also be told to stay at home apart from when attending school, college, university, work or to go food shopping. 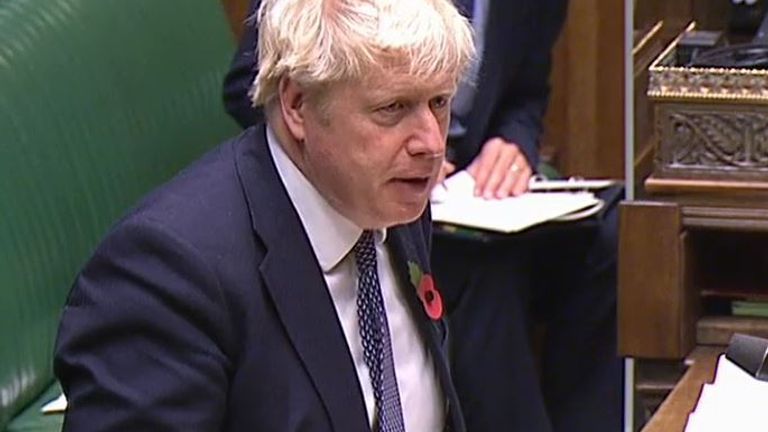 A total of 34 Tory MPs rebelled against the lockdown, including former Conservative leader Sir Iain Duncan Smith and Sir Graham Brady, the chair of the powerful 1922 Committee of Tory backenchers.

Another 21 Tory MPs had no vote recorded, including ex-prime minister Theresa May despite her having spoken in the debate prior to the vote.

During a House of Commons debate on the new measures ahead of Wednesday’s vote, Mr Johnson told MPs he hoped businesses would be able to re-open again in the run-up to Christmas.

But he warned that, without acting now, the country could suffer deaths “on a grievous scale” with hospitals in “extraordinary trouble” by next month.

Moments before the Commons vote result came, it was announced a further 25,177 people had tested positive for COVID-19 in the UK and another 492 had died after contracting the virus.

But Mr Johnson witnessed a string of unhappy Conservative MPs use the Commons debate to criticise his coronavirus strategy. 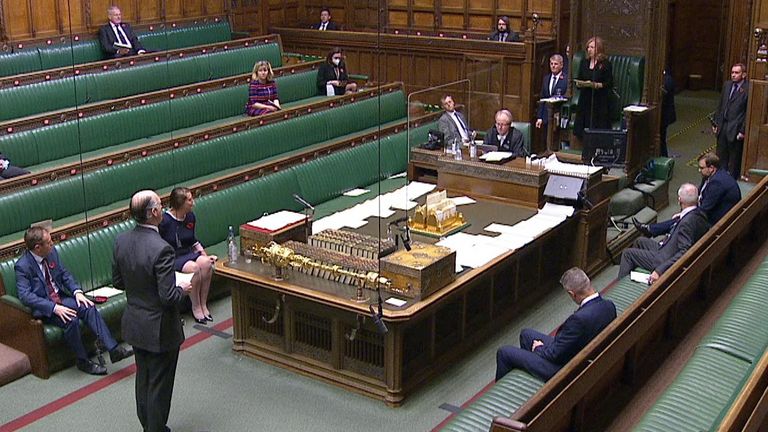 Sir Graham told MPs he would vote against the lockdown “with greater conviction” than any other vote he had cast in his 23 years in the Commons.

“The thing that troubles me most is that the government is reaching too far into the private and family lives of our constituents,” he said.

“I think there is an, unintended perhaps, arrogance in assuming the government has the right to do so.”

Sir Iain said he would not support the lockdown, telling MPs it “was not necessary now”.

He also attacked the “appalling” leak of the government’s lockdown plan to the media, prior to its announcement.

Sir Charles Walker told MPs he believed the legislation was “terribly unjust” and “cruel” in parts.

“I will have no part in criminalising parents seeing their children, and children for seeing their parents,” he said. 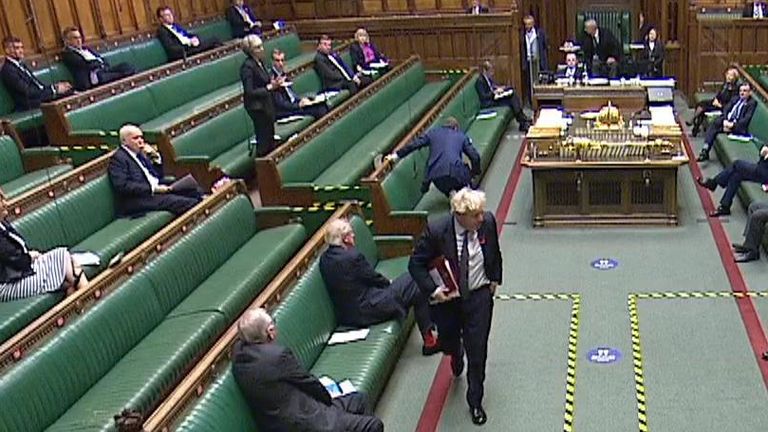 Mark Harper said he did not believe ministers had adequately made the case for the lockdown, as he criticised “several flaws” in the government’s COVID data.

And Philip Davies said that both he and the public “no longer have any faith” in the government’s strategy.

Meanwhile, the prime minister sent a note of apology to his predecessor after he walked out of the Commons during Mrs May’s contribution to the debate.

The ex-premier had raised concerns about a lack of data on the impact of the government’s COVID decisions on the economy, mental health, domestic abuse and non-coronavirus treatments.

“The government must have made this analysis, made this assessment: let us see it and make our own judgments,” she said.